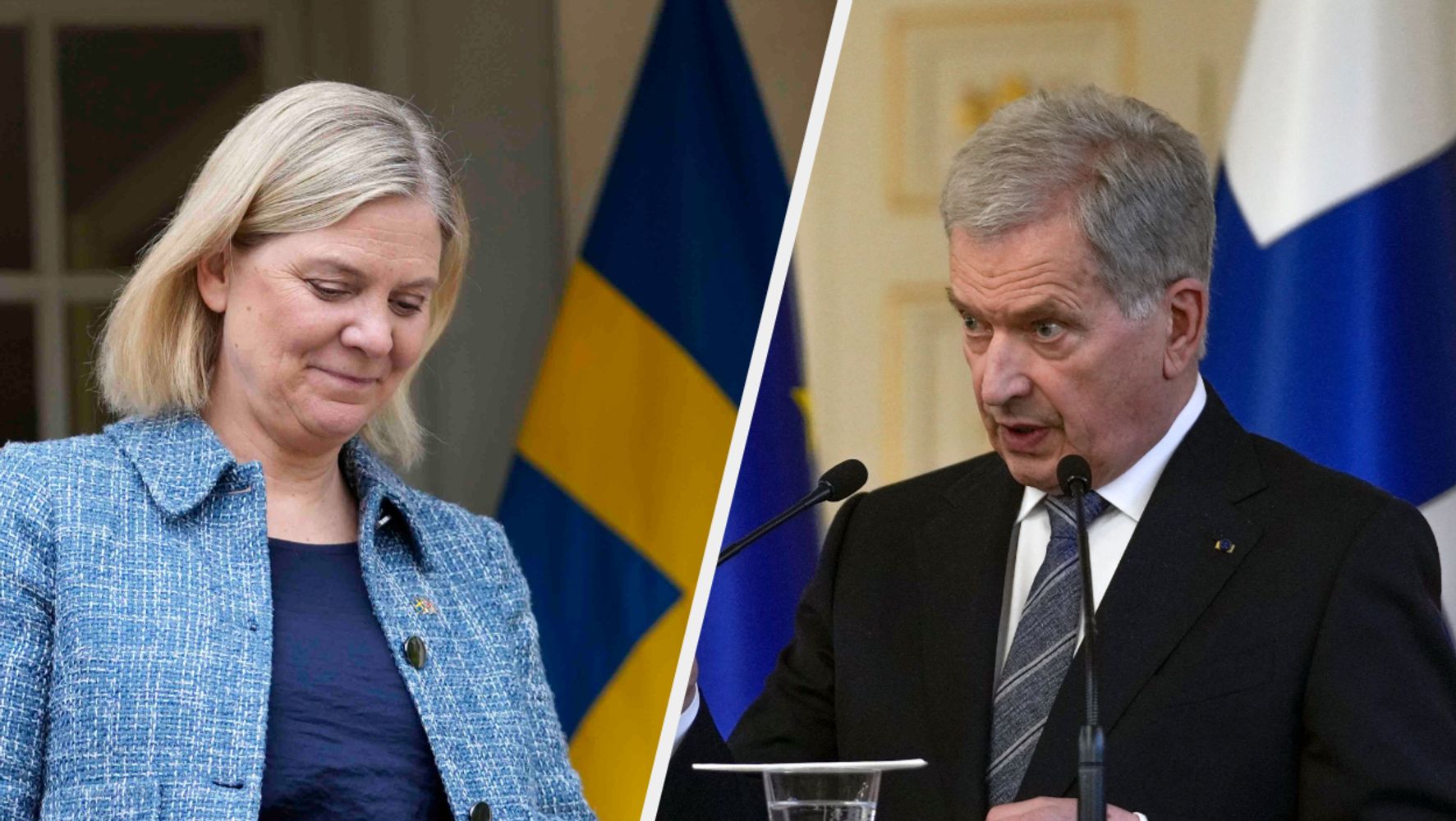 Sweden is still weighing up the prospect of NATO membership while its neighbor Finland has already announced it is firmly in favour of joining in the face of Russia’s invasion of neighboring Ukraine and its ongoing military aggression.

Joining the U.S.-led military alliance would mark a radical break in the policy of both northeast European countries, underlining once again how Vladimir Putin’s aggression has reshaped the post-Cold War order.

On Wednesday, British Prime Minister Boris Johnson toured both countries and formalized bilateral security agreements during a whirlwind 24 hours. Johnson said his government would give the countries “whatever is requested” as part of the new pact.

Here are some of the issues that have led to the Nordic rethink about entering the 30-nation alliance.

The military alliance goes by the acronym of NATO.

The North Atlantic Treaty Organisation was formed in 1949 to prevent a resurgence of nationalism and militarism in Europe after two world wars, and to deter the Soviet Union’s expansion.

Its membership has swelled to 30 member nations, and over the 1990s and 2000s its enlargement stretched further east to include the former Soviet republics of Estonia, Latvia and Lithuania.

They agree to mutual defense — military action — in response to an enemy attack. The principle goes: “An attack against one ally is considered as an attack against all allies.” This is Article 5 of the NATO constitution.

Ukraine is not a member of NATO, which is the main reason why the Western support for Volodymyr Zelenskyy has fallen short of putting their troops on the ground. Ukraine’s admission to NATO has been a stated goal going back to its constitution in 2002, but Ukraine’s president has accepted his country can’t join at present.

NATO’s enlargement has been Putin’s biggest publicly stated grievance with the West during the build-up up to war, claiming the eastward expansion and potentially sweeping up the largest other former Soviet republic breaks promises.

Adding Sweden and Finland is likely to trigger Putin’s ire too. Moscow has warned it could deploy nuclear weapons and hypersonic missiles in Russia’s Baltic exclave of Kaliningrad — sandwiched between Poland and Lithuania — if they do.

NATO has been adamant it will not accept limits on the nations that it admits and has always maintained an “open door policy.”

What Is Finland And Sweden’s Position?

Russia’s invasion of Ukraine pushed Finland and Sweden to the verge of applying for NATO membership, a move that would end staunch military neutrality for the two European nations.

Finland, which shares a 1,300-km (810-mile) border with Russia, announced on Thursday that they’re in favor of applying for NATO membership.

In a joint statement, the country’s President Sauli Niinisto and Prime Minister Sanna Marin pointed out that “NATO membership would strengthen Finland’s security.”

They added that they would apply “without delay” in the next few days, although a few steps remain before the country can become an official part of the alliance.

Neighboring Sweden is expected to announce its decision in the coming days.

Any applications will usher in a tense wait during the months it takes to be ratified by all NATO members, though the alliance and the White House have said they were confident any security concerns could be addressed in the interim.

Both countries have been nonaligned militarily since World War II, but have been edging toward their current position in response to an increasingly belligerent Russia.

Finland and Sweden switched from formal neutrality to military nonalignment in 1995 when they joined the European Union, and both have drawn closer to NATO in recent years, exchanging intelligence and participating in alliance exercises.

Finland gained independence from Russia in 1917 and fought two wars against it during World War II, where it lost some territory to Moscow.

Finland signed an Agreement of Friendship, Cooperation, and Mutual Assistance with Russia in 1948, cementing a degree of economic and political dependency and isolating it militarily from western Europe. The strict policy of neutrality is referred to as “Finlandization.”

The end of the Cold War, bringing a break-up of the Soviet Union, allowed Finland to step out of Russia’s shadow as the threat from Moscow diminished.

It has relied on its own military deterrence and friendly relations with Moscow to keep the peace. But with Russia’s invasion of Ukraine, perceptions of relations with Russia as “friendly” have been undermined.

Opinion polls show support for membership in Finland is high, with people mindful of the long land border it shares with Russia. Support in parliament for an application is also broad.

Sweden has not fought a war for 200 years and post-war foreign policy has focused on supporting democracy internationally, multilateral dialogue and nuclear disarmament.

It ran down its military after the Cold War, cutting defense spending of up to 4% of its GDP to about 1% during the 1990s and early 2000s.

Despite Putin’s offensive, many on the left in Sweden remain suspicious of the U.S. security agenda and NATO, which ultimately relies on the deterrence provided by America’s nuclear arsenal.

Polls show a substantial majority of Swedes back joining NATO, with support running just above 60% in the latest poll, and there is a majority in parliament in support of an application.

When Could They Join?

Finland has a NATO “option,” a kind of a plan of action that mandates applying if the security situation deteriorates, while Sweden’s parliament will present a new security policy review on Friday, though the latter is not expected to contain an explicit recommendation concerning NATO.

Sweden’s ruling Social Democrats have called a parliamentary debate over NATO for Monday. Should the party as expected back joining, the government could call a vote about sending through an application, but it is not formally required to.