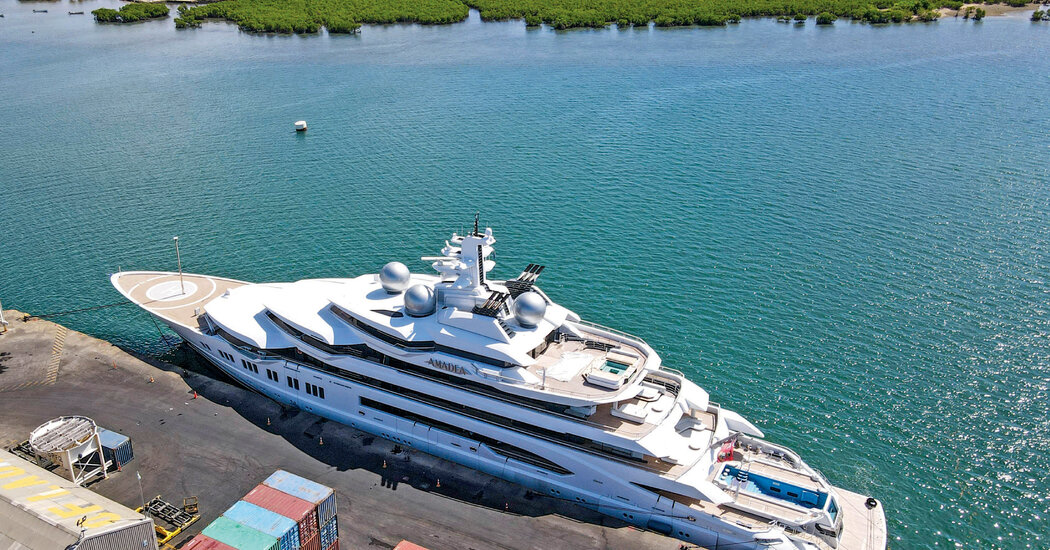 Fiji has handed over to the United States a $325 million superyacht that American investigators say is owned by a Russian billionaire on a U.S. sanctions list, the island nation’s top prosecutor said on Tuesday.

The handover of the yacht, the Amadea, was based on a decision by Fiji’s Supreme Court and is a new development in a global effort to seize the assets of oligarchs with ties to President Vladimir V. Putin of Russia.

The Amadea was held in Fijian waters in April in response to a U.S. request for assistance and seized last month based on a warrant that had been issued by a federal court in Washington and accepted by a Fijian court.

The Amadea’s ownership structure is murky. American investigators say that the yacht was sold last year to Suleiman Kerimov, a Russian government official and billionaire investor who has been on the U.S. sanctions list since 2018. But Feizal Haniff, a lawyer in Fiji who represents a company in the British Virgin Islands that controls the vessel, has argued that its true owner is Eduard Khudainatov, a wealthy Russian who is not under U.S. sanctions.

Fiji’s Court of Appeal dismissed Mr. Haniff’s appeal in late May but said that the judgment would not take effect for seven days. Last week, he filed another application asking the Fijian authorities to delay enforcing the U.S. warrant.

On Tuesday, the country’s Supreme Court ruled that the yacht could leave Fiji in the care of the U.S. authorities, Christopher Pryde, the country’s director of public prosecutions, said in a statement.