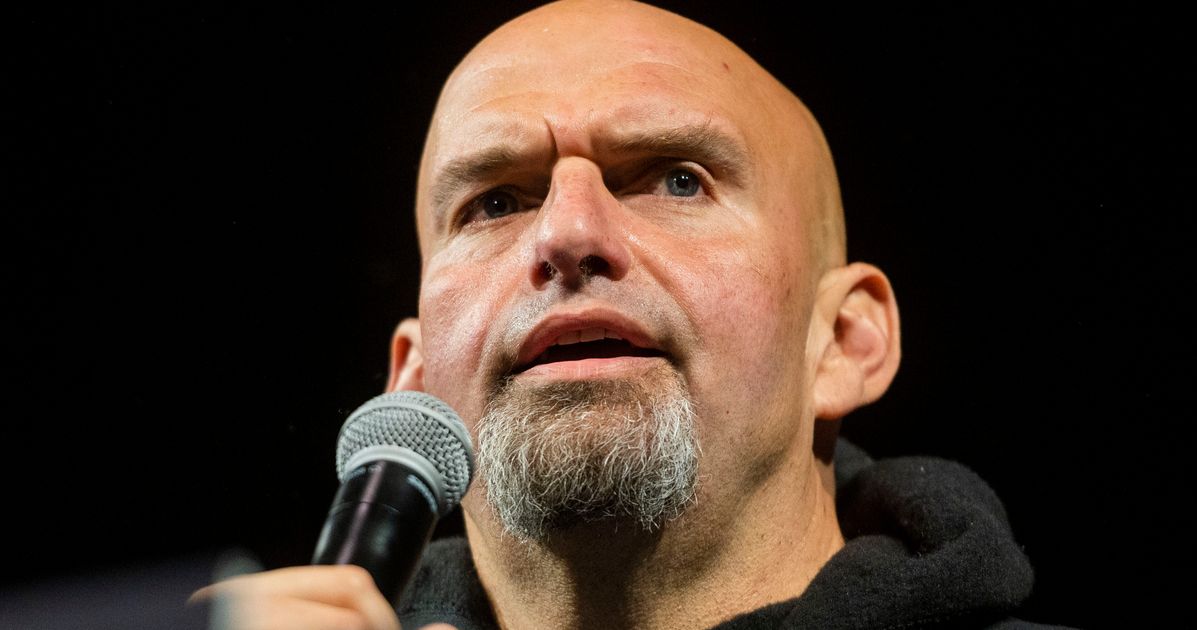 Pennsylvania Senate candidate John Fetterman lambasted his GOP rival, Dr. Mehmet Oz, on Wednesday over a series of attacks on his health after the lieutenant governor suffered a stroke earlier this year.

Fetterman made the comments on MSNBC’s “The 11th Hour,” his first national television interview after he was hospitalized in May, saying Oz’s campaign had been mudslinging and shamelessly “making fun of a stroke dude.” Oz and his team have drawn criticism for antagonizing Fetterman and mocking his recovery, an ironic move, the Democrat said, for his cardiologist opponent.

In one moment earlier this month, Oz’s senior communications adviser said: “If John Fetterman had ever eaten a vegetable in his life, then maybe he wouldn’t have had a major stroke.”

“If that’s your story, tell it the way you got to,” Fetterman told host Stephanie Ruhle on Wednesday. “But he really should own those words and he should just acknowledge that, as a doctor, you are going around making fun of somebody that had a stroke.”

“When you look around [you] realize that there’s Pennsylvanians all across the state that have serious health crises in their own life,” he continued. “And I don’t think anybody would want a doctor in their lives making fun of them or laughing at their circumstances. But I just happen to have a doctor in my life to do just that.”

Fetterman, who returned to campaigning last month, said Tuesday he would not participate in a September debate against Oz, saying he was still recovering and had lingering difficulties with auditory processing, a common condition for stroke survivors. His campaign stressed he was still “healthy and fully capable of showing up and doing the work” and expected to make a full recovery in the coming months.

He told Ruhle he remained open to a debate with Oz, but only if they wanted to get into a “serious conversation” rather than political haranguing.

“But right now, the fact that they have chosen to have a deeply unserious campaign to just ridicule somebody that is just recovering from a stroke,” he added.

Fetterman’s camp has also prodded Oz on social media before November’s midterms, lambasting his penchant for crudités and his multiple homes.

Fetterman said Wednesday on MSNBC he felt “fantastic” after recovering from the stroke, adding that he “might miss a word every now and then … but that’s really the effect of it now.”

“I’m feeling amazing actually,” he said. “The truth is that I actually feel much better than I have felt in quite a while, honestly. That’s the truth. I’m walking four, five miles every day and making sure that we’re taking all the medication that the doctors have all prescribed. And I just actually feel fantastic.”