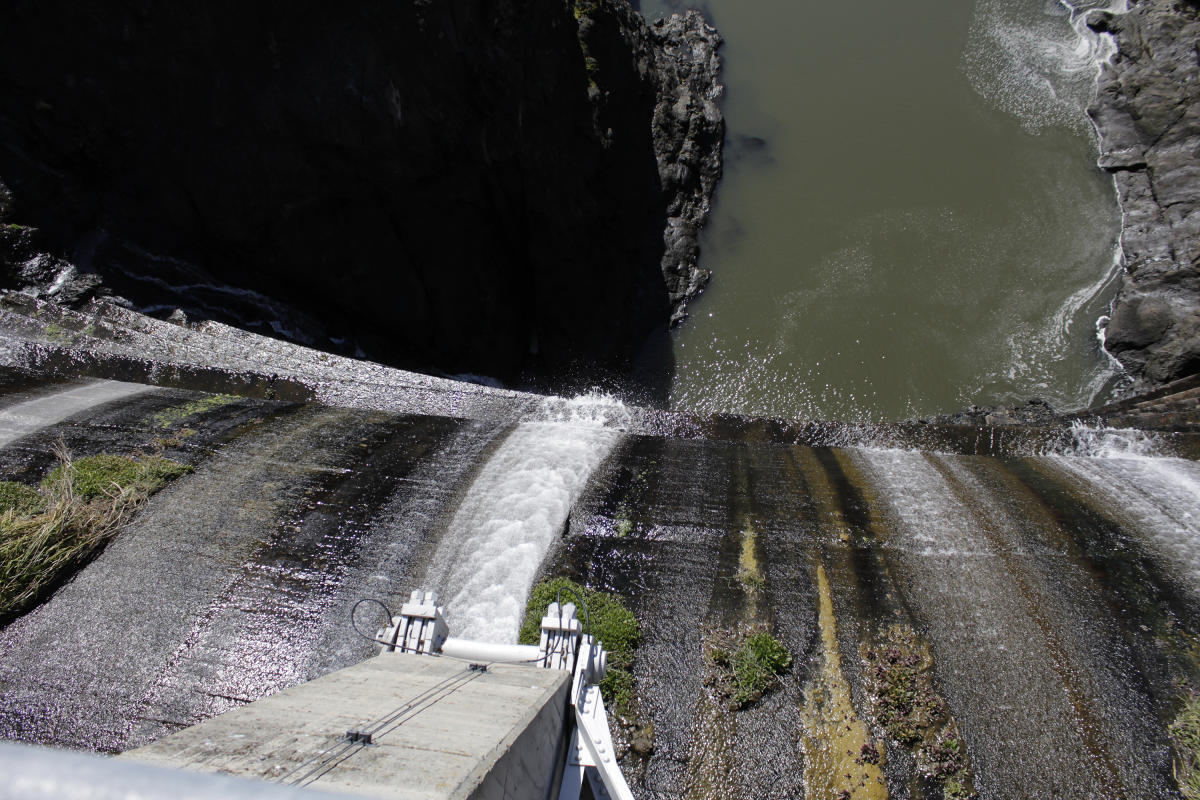 The staff’s recommendation, which largely echoes an earlier draft opinion, tees up a vote on the roughly $500 million project by the five-member Federal Energy Regulatory Commission later this year.

The removal of the four hydroelectric dams on the lower Klamath River — one in southern Oregon and three in California — would be the largest dam demolition project in U.S. history.

The aging dams near the Oregon-California border were built before current environmental regulations and essentially cut the 253-mile-long (407-kilometer-long) river in half for migrating salmon. Migratory salmon have been hit hard by warming waters and low river flows caused by severe drought and competition for water with agricultural interests.

The project on California’s second-largest river would be at the vanguard of a push to demolish dams in the U.S. as the structures age and become less economically viable and as concerns grow about their environmental impact, particularly on fish.

Northern California tribes have been fighting for years to remove the dams. They applauded the latest news.

“We can see the light at the end of the dam removal tunnel,” Karuk Chairman Russell ‘Buster’ Attebery said in a statement. “I am so proud of everyone in our river communities that have worked so hard for the past 20 years to realize our vision of river restoration.”

Coho salmon from the river are listed as threatened under federal and California law, and their population has fallen by anywhere from 52% to 95%. Spring chinook salmon, once the Klamath Basin’s largest run, have dwindled by 98%.

Fall chinook, the last to persist in any significant numbers, have been so meager in the past few years that the Yurok Tribe canceled fishing last year for the first time in memory. In 2017, they bought fish at a grocery store for their annual salmon festival.

In recent years, as many as 90% of juvenile salmon sampled tested positive for a disease that flourishes when river flows are low.

If the dams remained, power company PacifiCorp would likely have to spend hundreds of millions of dollars to retrofit the structures to comply with today’s environmental laws. As it is, the utility has said the electricity generated by the dams no longer makes up a significant part of its power portfolio.

A historic deal reached in 2020 made Oregon and California equal partners in the demolition with a nonprofit entity called the Klamath River Renewal Corporation, which will oversee the project. That deal also added $45 million to the project’s $450 million budget after concerns that the available funds weren’t enough to cover any overruns.

Oregon, California and PacifiCorp, which operates the hydroelectric dams and is owned by billionaire Warren Buffett’s company Berkshire Hathaway, each provided one-third of the additional funds.

Some critics have said governors in Oregon and California were irresponsible to assume financial responsibility for cost overruns and object that part of the project is financed by a voter-approved California water bond.

Some local and state officials worry about flood control and residents who live around a large reservoir created by one of the dams have unsuccessfully sued to stop the project.

The dams that would be demolished are the Iron Gate, Copco 1, Copco 2 and J.C. Boyle, which is in Oregon.