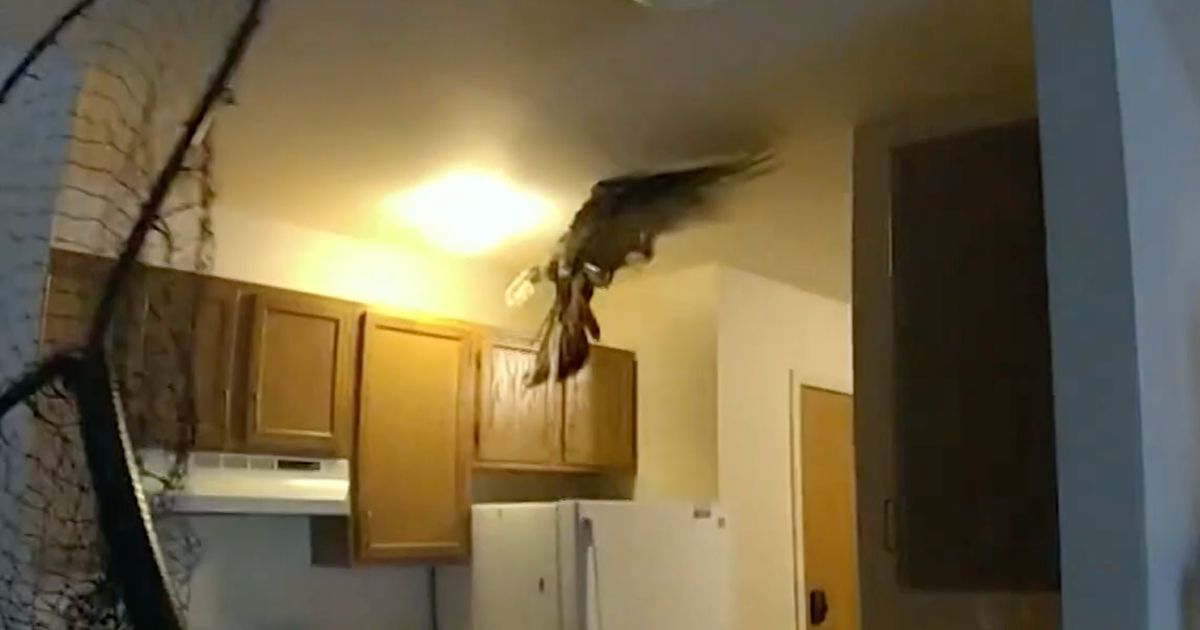 A Wisconsin police department struggled to find a way to nab a wild turkey after the bird broke into an apartment last week.

On Friday, Wausau police officers received a report of a wild turkey on the loose inside a second floor apartment and responded by trying to wrestle the bird as it flew between rooms, video shows:

“It really underscores the unpredictable nature of the job, that our officers are asked to do at any given time,” Wausau Police Department Patrol Captain Todd Baeten said.

After hyping themselves up, the officers walked into the apartment wearing protective gloves. One carried a net. But each time they came close, the turkey proceeded to fly or race away.

“We needed two of these, Brady,” one officer told another as the turkey fled into the kitchen.

Doris Madden, who lives in Wausau’s City Walk Apartments, said she noticed the apartment’s broken window and had no idea what caused it, WSAW-TV reported. She called the apartment manager, who discovered the turkey.

The turkey was later released.