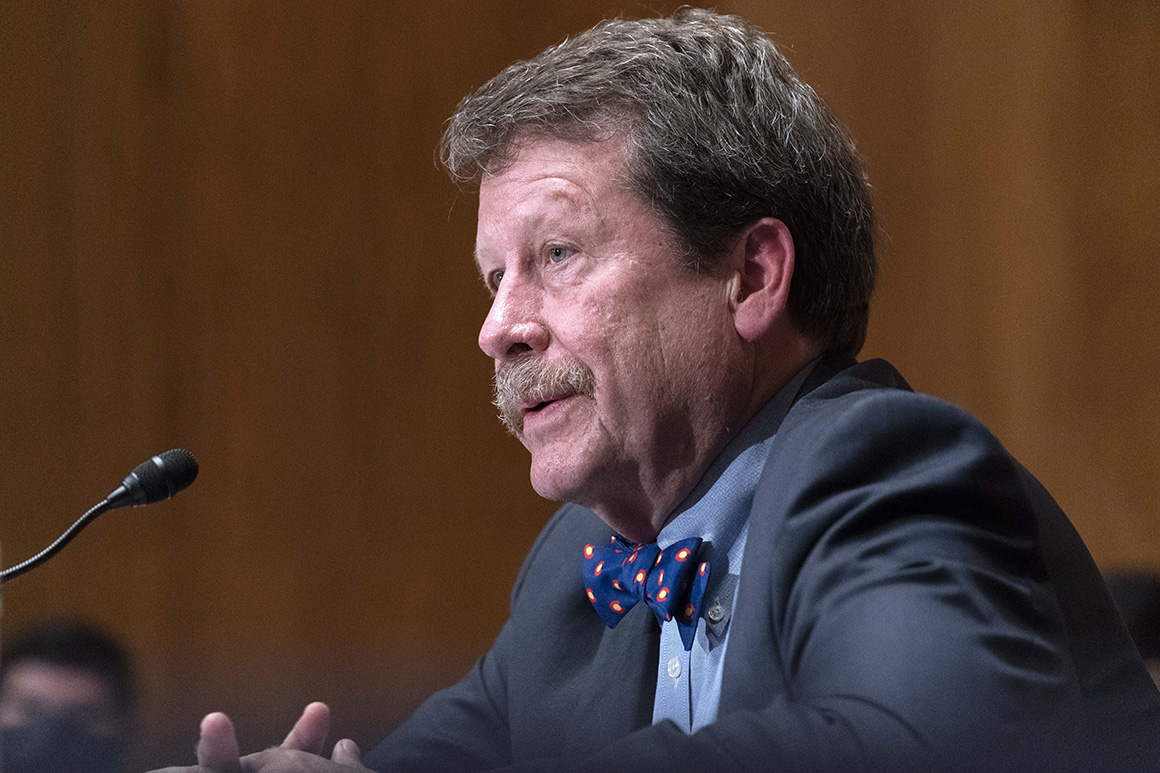 The FDA has hired the Reagan-Udall Foundation, along with unnamed experts, to conduct a review of key offices on food and tobacco. The foundation, an independent group tasked by Congress with advising the FDA and helping the agency improve its regulatory and oversight processes, will assess the resources, procedures and organization of the two offices, as well as parts of the Office of Regulatory Affairs, the division that conducts inspections.

Though the foundation has no statutory authority over the FDA, it has enjoyed a close relationship with high-ranking agency officials and helped shape commissioners’ priorities.

“I will be eager to learn more details about how the foundation will ensure that their process is independent, especially considering that the foundation’s purpose is to support the mission of the FDA,” said Brian Ronholm, former deputy undersecretary of food safety at the Agriculture Department.

Part of the review will be on the agency’s Human Foods Program, with a focus on the Office of Food Policy and Response, the Center for Food Safety and Applied Nutrition. “Fundamental questions about the structure, function, funding and leadership need to be addressed,” Califf said, noting that the offices had been particularly stressed as a result of the pandemic.

Additionally, the review will cover the Center for Tobacco Products, which has been charged for the past 13 years with regulating tobacco products. “Challenges lie ahead as we determine how the agency will navigate complex policy issues and determine enforcement activities for an increasing number of novel products that could potentially have significant consequences for public health,” Califf said.

Lawmakers from both parties have been increasingly critical of the agency’s response to the baby formula shortage and Califf’s own reaction. Califf in May pointed to “systemic issues at FDA” fueling the baby formula response, prompting Senate HELP Chair Patty Murray (D-Wash.) to demand a plan to fix those problems.

“I’m going to keep pushing to see that plan,” she said during a hearing in May. “I asked for this plan weeks ago, and I will not stop pushing until I see it. This is life or death, and Dr. Califf, it simply should not have taken this long.”

Califf and top FDA officials have also been receiving pressure from outside groups in private meetings in recent months, especially in the past few weeks, urging them to appoint a deputy commissioner of foods and enact larger reforms to the foods programs.

Additionally, members of Congress have expressed dissatisfaction with the agency’s regulation of electronic cigarettes. Senate Majority Whip Dick Durbin (D-Ill.) has gone so far as to call for Califf’s resignation over the fact that certain e-cigarette products remain on the market while the agency reviews their marketing applications. The FDA’s court-ordered deadline to finalize e-cigarette marketing applications was Sept. 9, 2021.

The announcement of the external review was a surprise to former FDA officials. “It is news to me,” said Mitch Zeller, former head of the Center for Tobacco Products. “I have no intel and have no idea what triggered it.”

“It’s probably to get ahead of oversight and [the Office of the Inspector General], and to give him the cover to make organizational changes,” a former high-level FDA official told POLITICO, who was granted anonymity to speak candidly about the review.

Another person with direct knowledge of the matter said the Office of Regulatory Affairs has also faced its fair share of turmoil. The person said that a slew of people have recently left the office. Some have retired while others have chosen to leave the agency because of dissatisfaction with the inspection work, including organizational issues and inadequate pay.

“In light of certain events that have transpired in recent months, the Commissioner has determined that these areas deserve a closer evaluation of certain processes, procedures and resourcing as well as a look at the current leadership structure,” an FDA spokesperson said via email to POLITICO.

“This has been a very difficult time for the agency,” said Ellen Sigal, chair of the Reagan-Udall Foundation’s board of directors, citing Covid-19 and the FDA’s effort to speedily review new vaccines and treatments. Sigal said Califf approached the foundation for the review.

“When Rob [Califf] came in, there were things going on that he really had no part of but clearly had inherited,” she said.

What’s next: In addition to this review, the Department of Health and Human Services’ inspector general is conducting an investigation into how the agency grants accelerated approval to certain drugs, which was sparked in part by the agency’s decision last year to approve a controversial Alzheimer’s drug from Biogen.

The Reagan-Udall Foundation will complete its initial evaluation in 60 days. “It may take some time to implement any recommended changes, but I am committed to addressing them and communicating them to the public in a timely manner,” said Califf.