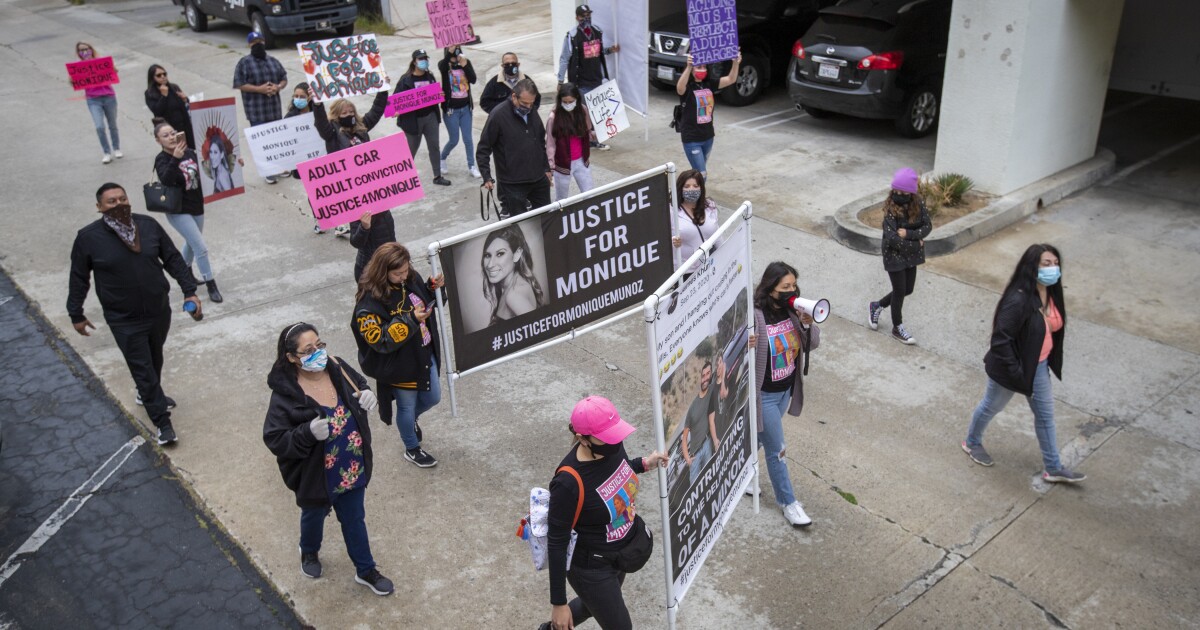 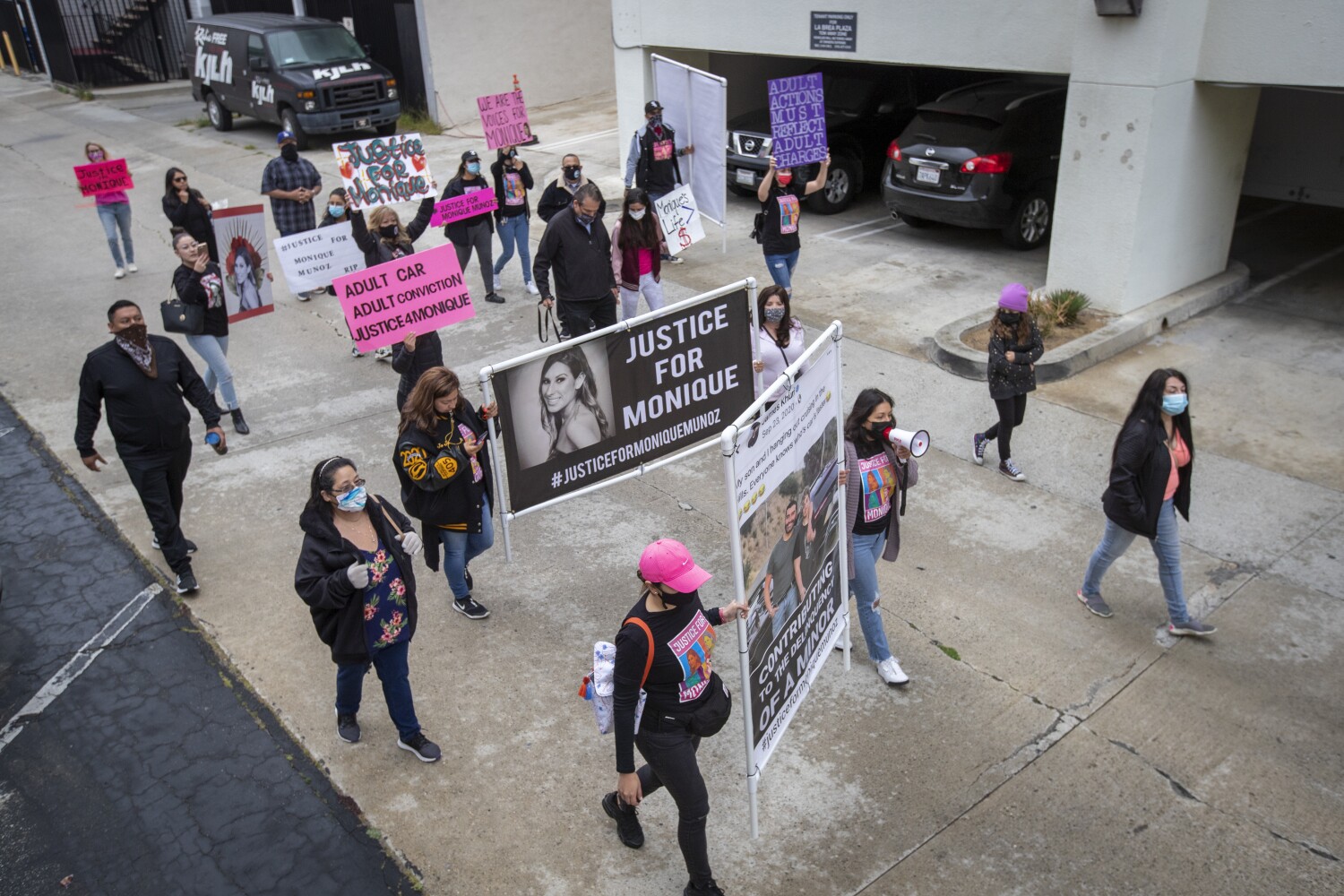 The family of 32-year-old Monique Muñoz, who was killed last year when a teenager in a speeding Lamborghini slammed into her vehicle, reached an $18.8-million settlement with an insurance company, attorneys announced Wednesday.

The settlement stems from a lawsuit filed last year in Los Angeles County Superior Court alleging that Chubb Insurance had discriminated against Muñoz for being Latina when calculating the amount to be awarded in a wrongful-death claim.

The settlement is being paid entirely by the insurance company.

Muñoz’s car was struck Feb. 17, 2021, in the intersection of Olympic Boulevard and Overland Avenue by a Lamborghini being driven at over 100 mph. The crash split Muñoz’s car in half, and she died at the scene.

The then-17-year-old son of L.A. multimillionaire James Khuri was sentenced to several months at a juvenile camp after pleading guilty to vehicular manslaughter. The Times normally does not identify juveniles accused of crimes and has not published the teen driver’s name, but Khuri spoke out last year in public about his son’s involvement and apologized to the Muñoz family.

According to the Muñoz family’s complaint, the amount offered by Chubb Insurance for the wrongful-death claim was substantially less than it had paid to the family of a white Manhattan Beach teenager who was killed in a vehicle collision in 2014.

“From the start, it was clear from the insurance company’s posturing that they were taking race into consideration when doing their valuation of Monique Muñoz’s life for the purposes of this claim,” Ghyczy said.

Ghyczy declined to identify the other case but said the claim amount for Muñoz was “millions of dollars” less than the one paid to the Manhattan Beach family.

“My clients want to make sure that insurance companies don’t get to say that because it was Monique Muñoz from Hawthorne, California, that was killed, that somehow the family is going to be discounted, as opposed to some rich white kid from Beverly Hills,” he said.

“We actually gave [Chubb] the opportunity to remove the insurance company from the lawsuit if they were willing to provide a written declaration stating that they had not considered Monique Muñoz’s race or ancestral history in their evaluation of the claim, and they refused to do that,” he said. “Reading between the lines, it seems very evident that the insurance company was taking race into account.”

Ghyczy acknowledged that the settlement was one of the largest single-plaintiff wrongful-death lawsuits in state history, but he said there was little to celebrate.

“There’s no trophy or plaque or anything that’s going to bring [the family’s] daughter back, and that’s all they care about,” he said.