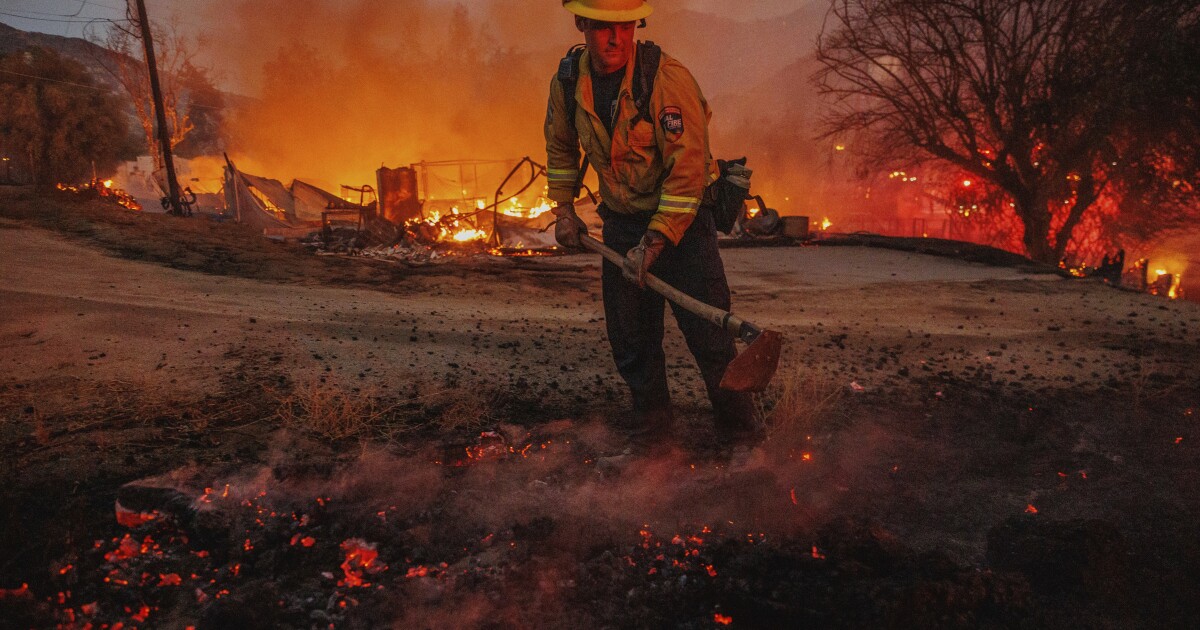 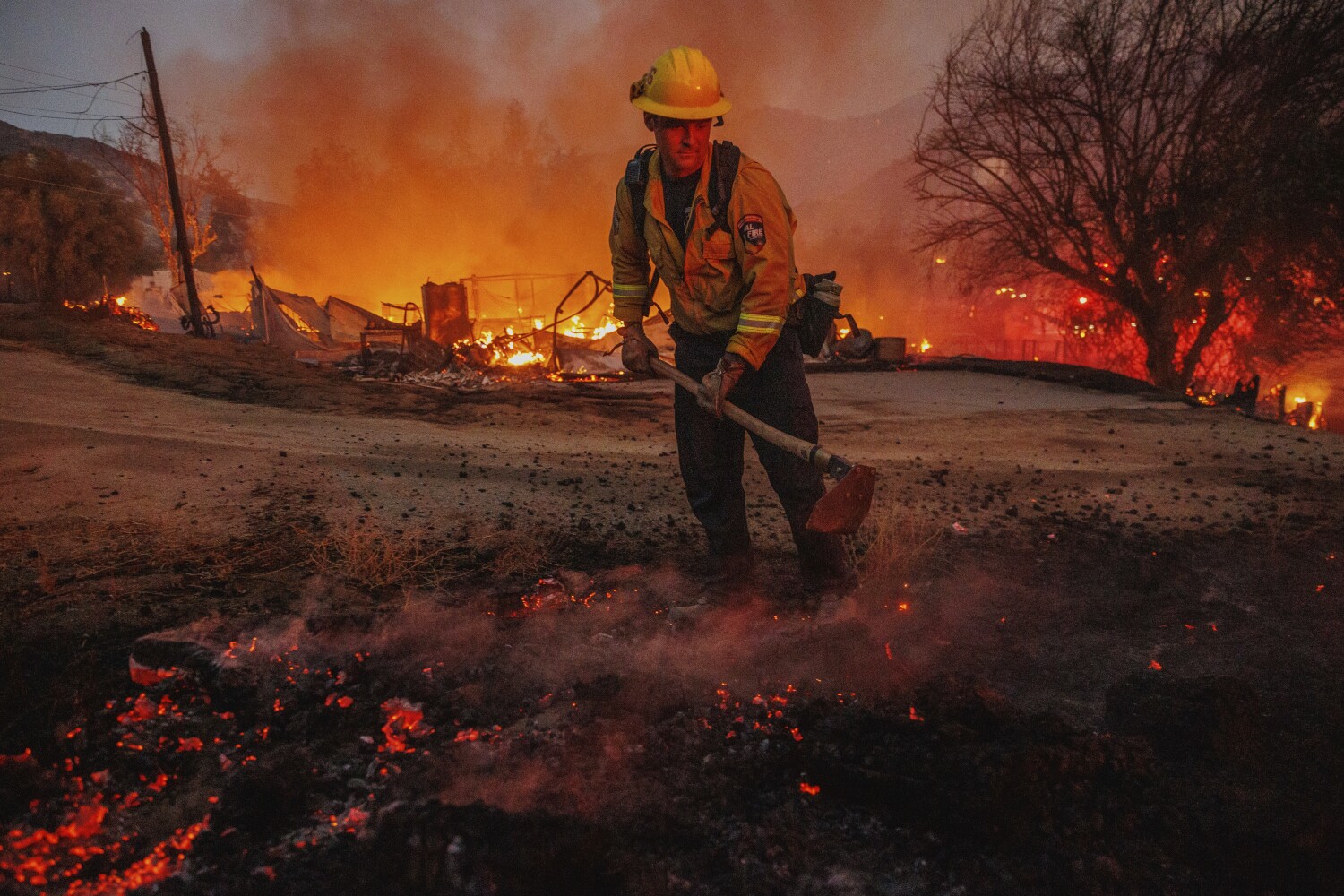 Evacuation orders and a warning remained in place as the fire that exploded near Hemet and claimed two lives and injured a third has burned 2,400 acres, the Riverside County Fire Department said on Tuesday.

The Fairview fire, which ignited around 3 p.m. on Monday and quickly burned 2,000 acres, was 5% contained as of 6 a.m. Tuesday, fire officials said at a news conference.

Officials said that the fire moved in an opposite direction than normal on Monday because of the wind patterns. Rather than coming from the southwest, the winds came from the east and pushed the fire west into Avery Canyon, where it burned rapidly. The change was a result of high pressure hanging in the area, officials said. Unseasonably dry vegetation, long a major challenge, also contributed to the accelerated burn.

The two people who died appeared to be attempting to flee before being overcome by the fire as it tore through the canyon, officials said. It is unclear whether the third person, who officials said was in the same area, was related to the two victims or from the same household. No other fatalities or injuries were reported Tuesday morning.

According to the Riverside County Fire Department, at least seven structures were destroyed and several more sustained damage. Officials estimate that about 3,500 structures remain threatened by the fire.

Officials said the fire’s atypical burn pattern was a major concern, but forecasting showed the wind was expected to reverse 180 degrees on Tuesday, essentially leading the fire to backtrack in the opposite direction.

The burn zone remained too hot for crews to access Tuesday morning.

Fire teams are attacking the fire from both the ground and the air on Tuesday, including using several air tankers and helicopters to contain the blaze. Officials did not predict any weather that would threaten an air response.

California is experiencing its most severe heat wave this year, leading to elevated fire risks because of the high temperatures, low humidity and severely dry vegetation. Scorching temperatures, with some areas hitting the triple digits and breaking records, are expected to last through Thursday and has raised concerns over public health and power outages. State officials called for a Flex Alert on Tuesday.

Temperatures were expected to hit 107 degrees in Hemet on Tuesday, with wind gusts estimated to reach as high as 20 miles per hour.

About 3,500 homes were under evacuation orders Tuesday for the area south of Stetson Avenue, north of Cactus Valley Road, west of Bautista Canyon and east of State Street. Officials also reported additional road closures in the area.

It was unclear when evacuation orders would be lifted, or if residents could return to their homes.

An evacuation warning remained in place for Bautista Canyon Road, south of Stetson Road and north of the Two Streams trailhead.

At sunset Monday, flames raged through the hills above houses as columns of smoke billowed into the sky, reaching the Orange County coast. The fire consumed cars and blackened trees. Television news reports showed aerial shots of structures engulfed in shooting flames.

Some of the homes in the area could be reached on dirt roads, fire officials said. Residents on Twitter noted that many in the area keep horses, complicating evacuations.

Around the same time and about 75 miles north, the Radford fire ignited just west of Sugarloaf near Big Bear Lake. By Tuesday morning, the fire had expanded to 330 acres.