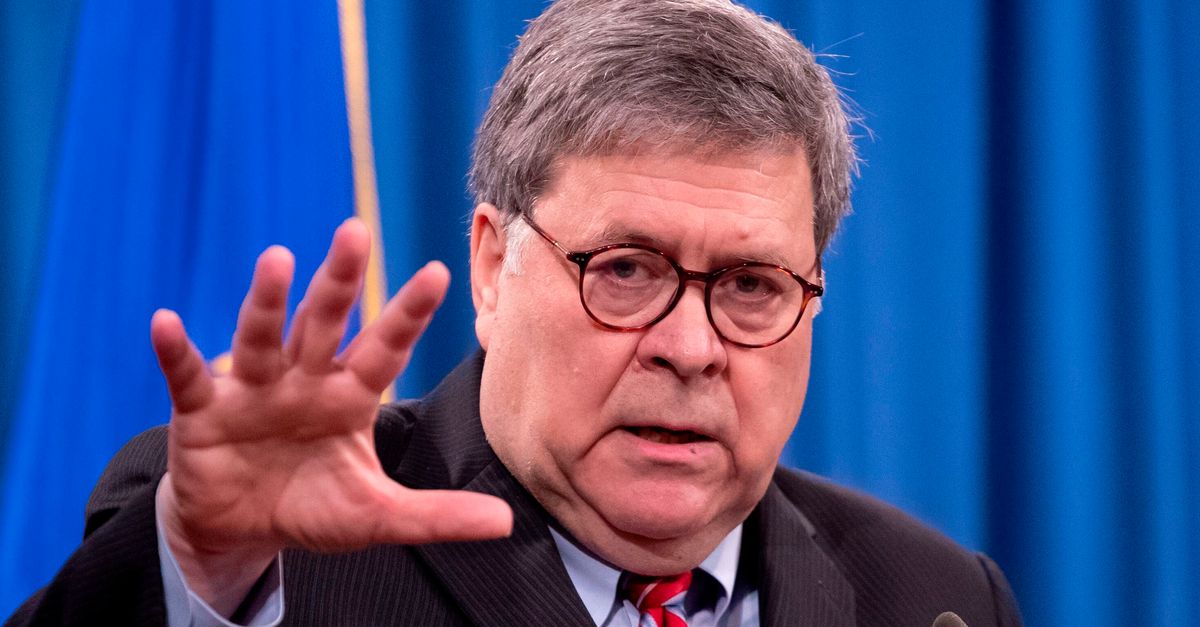 WASHINGTON (AP) — Justice Department officials who evaluated then-President Donald Trump’s actions during the Russia investigation concluded that nothing he did, including firing the FBI director, rose to the level of obstruction of justice and that there was no precedent for a prosecution, according to a memo released Wednesday.

The nine-page memo, prepared for then-Attorney General William Barr by a pair of senior Justice Department officials, offered a legal analysis on whether Trump had criminally obstructed the investigation into potential ties between Russia and his 2016 presidential campaign. Barr agreed with the conclusions of the March 24, 2019, memo and announced that same day that he had concluded that Trump’s conduct did not break the law.

Though the decision to clear Trump of obstruction has been well-documented, the newly disclosed memo offers additional details about how two of the department’s senior-most leaders arrived at that conclusion. The department’s decision was notable because special counsel Robert Mueller, who led the Russia investigation, declined in his 448-page report to decide whether Trump had obstructed justice but pointedly did not absolve him either.

The Mueller report scrutinized 10 instances in which Trump lashed out or otherwise injected himself into the Russia investigation. Those include his May 2017 firing of then-FBI director James Comey; his request to Comey three months earlier to drop an investigation into his administration’s national security adviser Michael Flynn; and his subsequent efforts to have Mueller fired.

In their memo, the two officials, Edward O’Callaghan and Steven Engel, asserted that none of those acts amount to criminal obstruction of justice and said evidence suggested that Trump took the steps he did “not for an illegal purpose” but because he believed the investigation was politically motivated and hampering his ability to govern.

In the case of Comey’s firing, for instance, they wrote that the “driving force” was anger over Comey’s refusal to publicly declare that the FBI was not investigating Trump himself rather than an effort by Trump to derail the investigation.

And in other instances, they said, none of Trump’s requests or directives to “change the supervision of the investigation” — including telling his White House counsel to engineer Mueller’s firing — was ever actually carried out.

“After the President provided his direction, in each instance, the orders were not carried out,” the memo states. “Of course, it is true that an act may constitute an attempt or an endeavor, even if unsuccessful. But the facts that the President could have given these directions himself, and did not remove any subordinate for failing to convey his directions, weigh against finding an intent to obstruct justice.”

They argued that the facts in the Trump investigation did not match up with any other prior obstruction prosecutions. Most of the obstruction cases cited by Mueller, they said, involved instances in which there was an inherently wrongful effort to hide or destroy evidence or to thwart the investigation of an underlying crime. Those factors do not exist here, they wrote.

“The Report identifies no obstruction case that the Department has pursued under remotely similar circumstances, and we have not identified any either,” the lawyers wrote, referring to Mueller’s report.

The department released the memo on Wednesday following an appeals court ruling from last week that said the document had been improperly withheld from a government watchdog group, Citizens for Responsibility and Ethics in Washington, that had sued for it.

In a statement Wednesday, the group criticized the memo as presenting a “breathtakingly generous view of the law and facts for Donald Trump.”

“It significantly twists the facts and the law to benefit Donald Trump and does not comport with a serious reading of the law of obstruction of justice or the facts as found by Special Counsel Mueller,” the statement said.