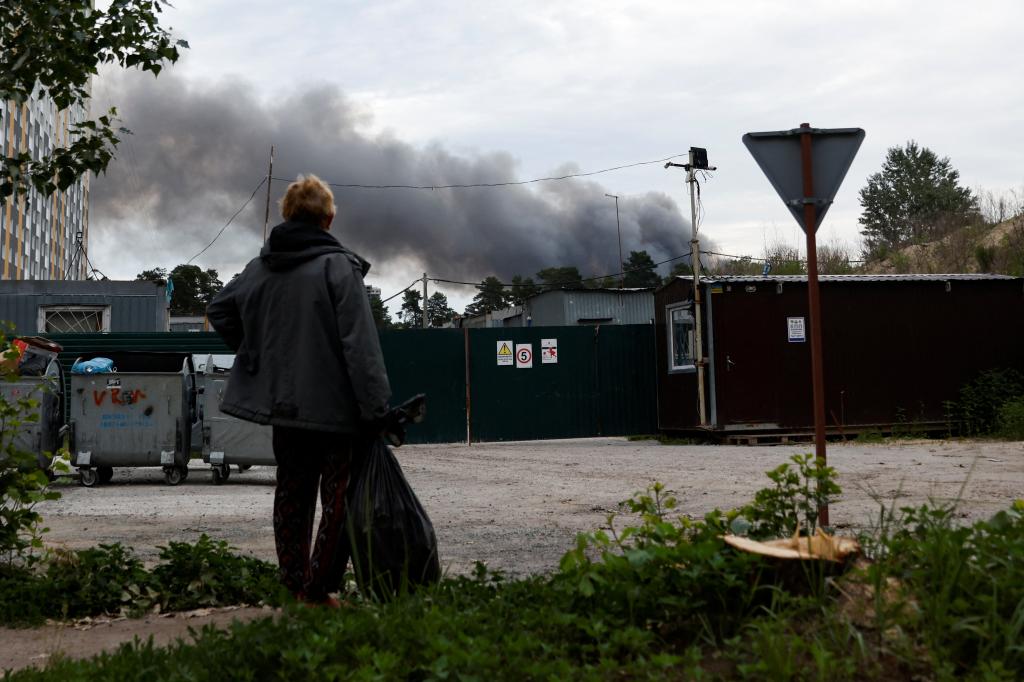 Several explosions rocked Kyiv early on Sunday, Mayor Vitali Klitschko said, the first assault on the Ukrainian capital in weeks as life had slowly begun to resemble normal in the city and its suburbs.

“Several explosions in Darnytskyi and Dniprovskyi districts of the capital,” Klitschko wrote on the Telegram messaging app. “Services are already working on site.”

Reuters witnesses saw smoke in Kyiv that continued long after the explosions.

At least one person was hospitalized but no deaths had been reported as of early Sunday, Klitschko said.

The mayor of the historic town of Brovary some 12 miles from Kyiv’s center, urged people to remain inside their houses as there had been reports of the smell of soot coming from the smoke.

Despite continuing Russian attacks on Ukraine and the widespread destruction, life in Kyiv has been relatively attack-free in recent weeks, after Moscow turned its military focus to the east and south.

Air raid sirens regularly disrupt the life of the capital, but there have been no major strikes on the city in several weeks.

Kyiv’s Darnytskyi district on the left bank of the Dnipro River stretches from the outskirts of the city to the river’s shores, while the Dniprovskyi district in the city’s north lies along the river.

Oleksandr Goncharenko, mayor of Kramatorsk in the Donetsk region in the east, reported overnight strikes on the city, resulting in widespread damage but no casualties.

On Saturday, Ukrainian officials said the country’s troops had recaptured a swath of the battlefield city of Sievierodonetsk in a counteroffensive against Russia.