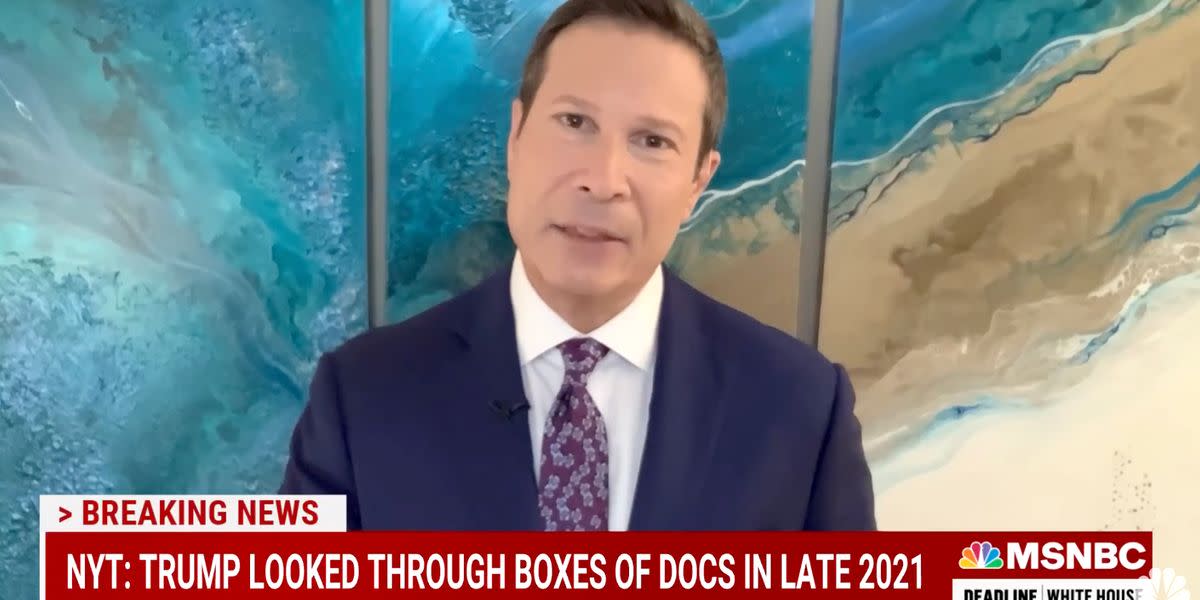 “It was too darn slow,” Figliuzzi, an MSNBC contributor, said on “Deadline: White House” Tuesday. “So when you have a January to May timeline before the FBI is getting their hands on this and doing an assessment …”

“If you’ve handled a lot of top secret documents, especially special access, each page is numbered, marked, sometimes each page initialed,” he continued.

If authorities had looked earlier, Figliuzzi argued, they could have determined if there were missing materials that could have compromised live sources.

“The FBI didn’t get their hands on this fast enough,” he added. “And I’ll make another argument. I’m not sure they went in fast enough with the search warrant. Because at the point [when] you show up physically, and you see, ‘my god there’s more boxes of classified [documents],’ at that point, you know … you’ve been lied to. I’d come in with a search warrant then.”

“So if you want to say the government screwed up, that’s what I’d say.”

His comments followed reporting Monday from the New York Times that the federal government has recovered more than 300 classified documents from Trump’s Florida resort this year.

In January, about 150 documents marked classified were reportedly handed over to the National Archives. The highly sensitive nature of those materials prompted archives officials to refer the matter to the Justice Department.

Soon after opening their investigation, Justice Department officials reportedly came to believe that there were more documents still at Mar-a-Lago. They subpoenaed for their return in May.

In June, department officials reportedly visited the Palm Beach compound to retrieve the remaining materials to satisfy the subpoena. Trump’s aides turned over a few dozen documents, according to the Times, but following further investigation, officials learned there were more still at the property.

The FBI reportedly left with 26 more boxes, including 11 sets of classified materials, after searching the compound on Aug. 8. According to the search warrant, Trump is being investigated for possible violations of the Espionage Act.