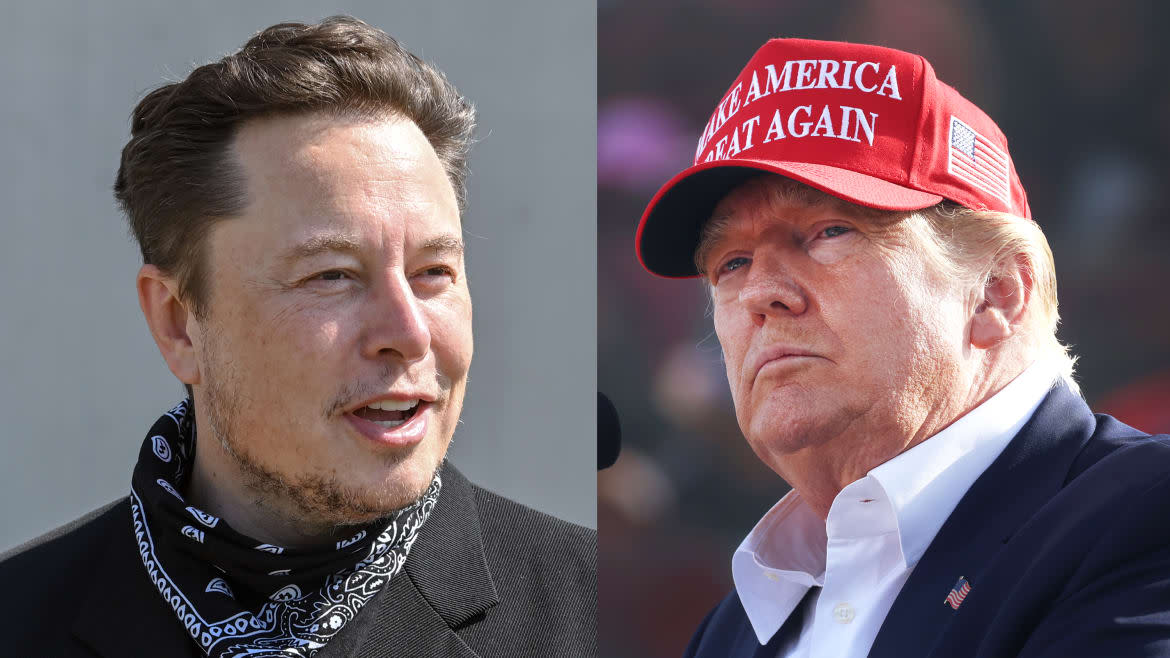 Elon Musk fired back at Donald Trump on Monday night in a series of scathing tweets, urging the former president to give up his ambitions of a political comeback.

Musk’s comments came after Trump ripped into the Tesla CEO at his Saturday rally in Anchorage, Alaska.

“I don’t hate the man, but it’s time for Trump to hang up his hat & sail into the sunset,” Musk wrote on Twitter late Monday evening. “Dems should also call off the attack—don’t make it so that Trump’s only way to survive is to regain the Presidency.”

But it didn’t end there. Musk took another shot—at Trump’s age.

“Trump would be 82 at end of term, which is too old to be chief executive of anything, let alone the United States of America,” Musk continued. “If [Florida Gov. Ron] DeSantis runs against Biden in 2024, then DeSantis will easily win—he doesn’t even need to campaign.”

The SpaceX founder also responded to Trump’s assertion at his rally that Musk told Trump he had voted for him.

While Trump has long publicly teased a 2024 run for the White House, a source close to the ex-president recently told The Daily Beast an official decision hasn’t been made, adding, “It’s a personal decision between [Trump] and his family.”

Still, the 45th president has continued to hold large rallies, where he has railed against all manners of opponents—including the Tesla boss.

“Elon. Elon is not going to buy Twitter. Where did you hear that before? From me,” Trump said at his Saturday evening rally, taking aim at Musk for balking on his purchase of the social media platform.

“You know, he said the other day, ‘Oh, I’ve never voted for a Republican.’ I said: ‘I didn’t know that.’ He told me he voted for me. So he’s another bullshit artist,” Trump added at the rally before tearing into Musk over his “rotten” contract with Twitter.

The barbs marked a turnabout from the pair’s dynamic even just months ago. In May, Musk stated at a conference hosted by the Financial Times that he would reinstate the former president’s Twitter account if his acquisition went through.

“I do think that it was not correct to ban Donald Trump. I think that was a mistake because it alienated a large part of the country and did not ultimately result in Donald Trump not having a voice,” Musk said.

The Tesla CEO had previously served on two of Trump’s presidential advisory councils. However, he resigned when the then-president withdrew from the Paris Agreement, an international commitment to reducing climate change’s effects.

More recently, the billionaire has tangled with the Biden administration, claiming that it has conspicuously overlooked Tesla when highlighting American carmakers’ efforts to produce more environmentally friendly vehicles.

Apparently fed up with both leaders, Musk has moved on to DeSantis. It remains to be seen how long that alliance lasts.