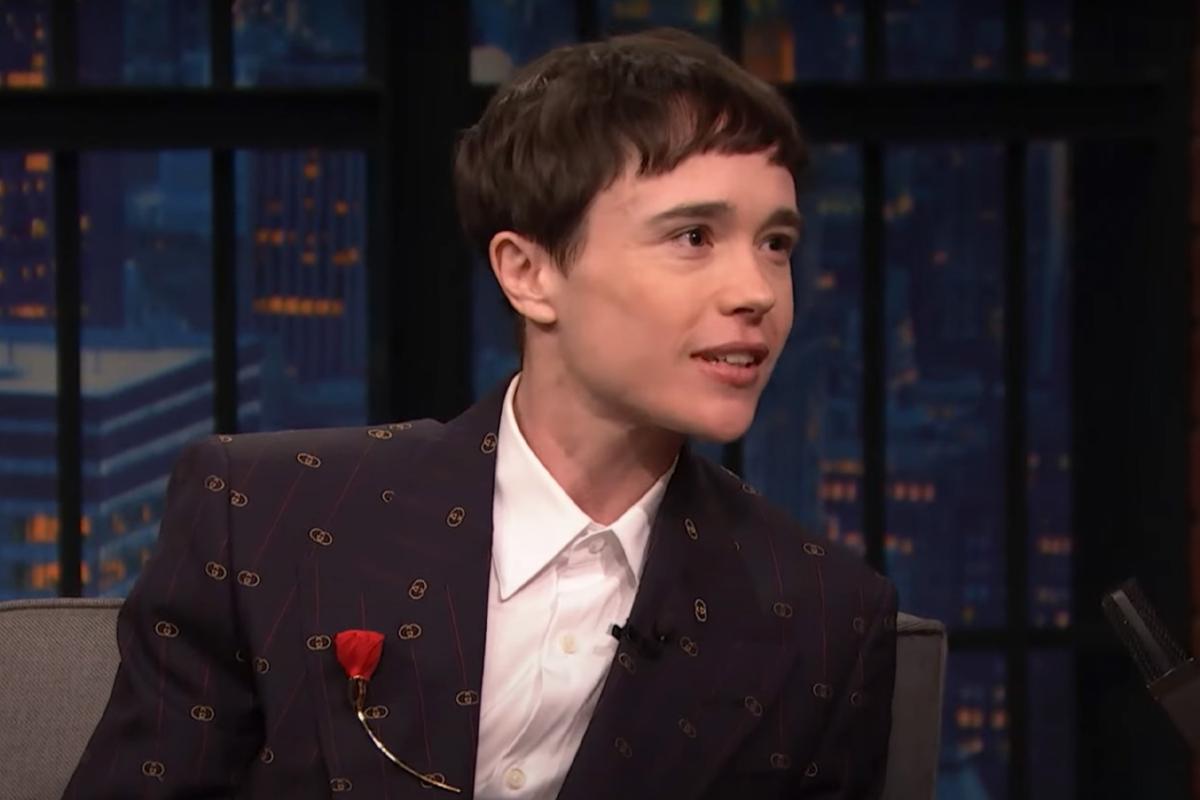 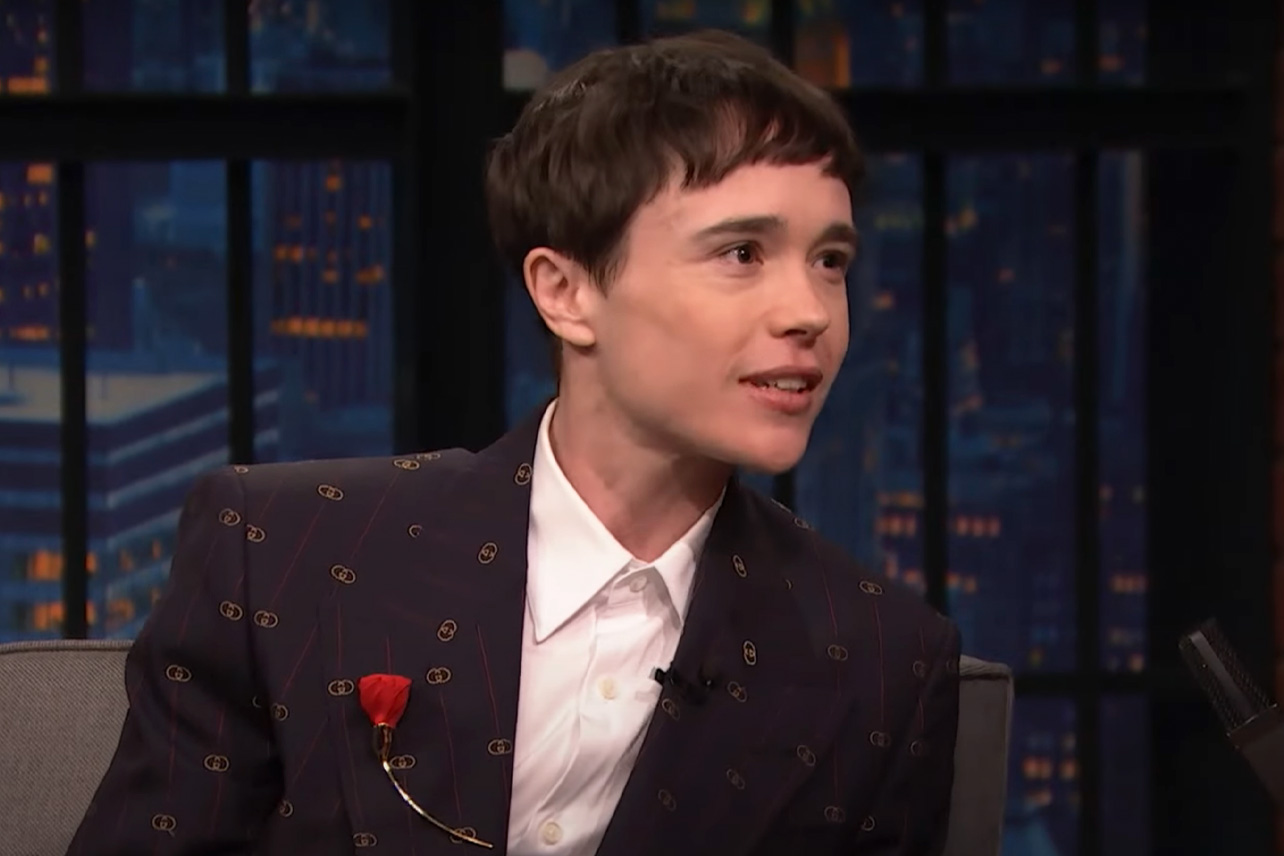 The Umbrella Academy star Elliot Page says he was lucky to be embraced by his family both on and and offscreen while transitioning. The actor, who came out as trans in December 2020, shared how their transition was incorporated into the latest season of the Netflix hit, and also opened up about coming out as a public figure while appearing on Late Night with Seth Meyers Tuesday (June 21).

Page stars in The Umbrella Academy as Viktor Hargreeves, and their transition was built into their character’s Season 3 storyline. While chatting with host Seth Meyers, Page said Umbrella Academy showrunner Steve Blackman was incredibly supportive of weaving Page’s personal life into Viktor’s character.

“When we first talked about it, he seemed really excited about incorporating it into the show,” Page said. He explained that he and Blackman worked with trans author Thomas Page McBee, whom Page had previously collaborated with on the Netflix miniseries Tales of the City.

“Thomas came on board and helped out and I feel proud of it and excited for people to see it,” Page explained.

Page told Meyers he was “really grateful” for the support he experienced after coming out, and said he wanted to emphasize the positive reactions, as well as the shift he’s felt with his own identity.

“What I want to focus on right now, and has been so extraordinary, is the degree of joy that I feel, the degree of presence that I feel,” Page said. “I feel a way that I really never thought possible for a long, long time.”

Still, he noted not everyone was as accepting as those close to him, and he said he’s experienced “overwhelming” moments since coming out.

“I feel like it’s one of those things where it’s so unfortunate, because it’s like, we’re all on the same team here, you know? Whether you’re trans, non-binary, gender nonconforming, cis[gender],” Page said. “We all have these expectations, and these, sort of, limits and constraints because of … people’s obsession with the binary, and how we’re all supposed to live our lives.”

He added, “To me it’d be so special for us all to be able to connect and talk about how similar we are in all of our journeys.”

The Umbrella Academy Season 3 is now streaming on Netflix. Watch Page’s full Late Night interview in the video above.