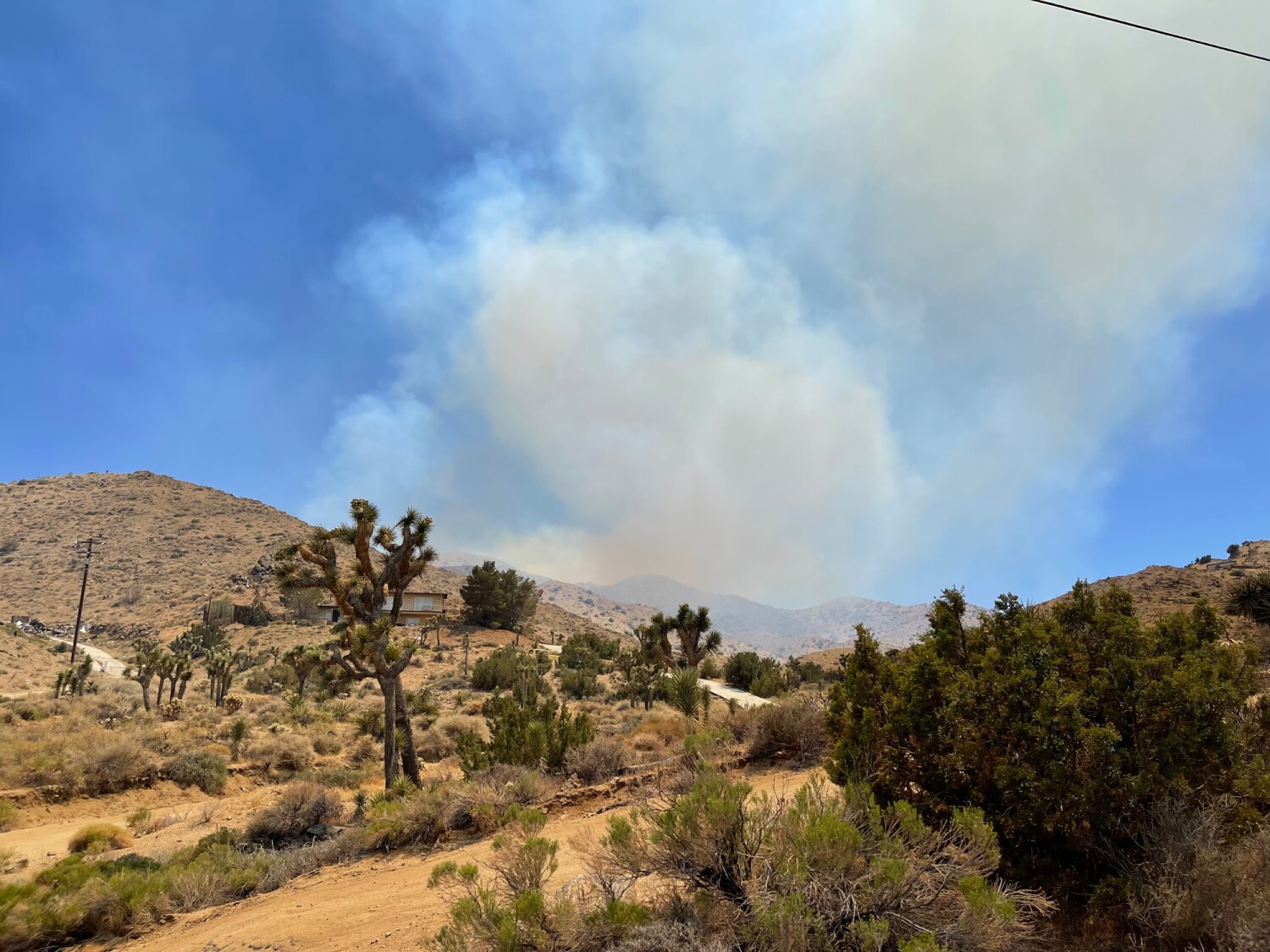 Fire crews have stopped the forward rate of spread of a blaze that broke out in Yucca Valley and had threatened structures, according to San Bernardino County fire officials.

The blaze, dubbed the Elk fire, ignited near Elk Trail and San Andreas Road and was initially reported to be about 30 to 40 acres, according to the San Bernardino County Fire Protection District.

The fire moved into a remote area with difficult access and was threatening 10 ranches or homes, firefighters said.

By 4:30 p.m., the fire had grown to about 150 acres and was 0% contained, firefighters said. There were 75 firefighters at the scene or en route.

By around 9:30 p.m., the blaze was about 250 acres and 25% contained, firefighters said. No evacuations were in place and no structure loss was reported.

Crews remained on scene to mop up the fire and extend containment lines, firefighters said.

Information on whether the fire had spread into Joshua Tree National Park, which borders Yucca Valley to the south, wasn’t available Thursday evening.