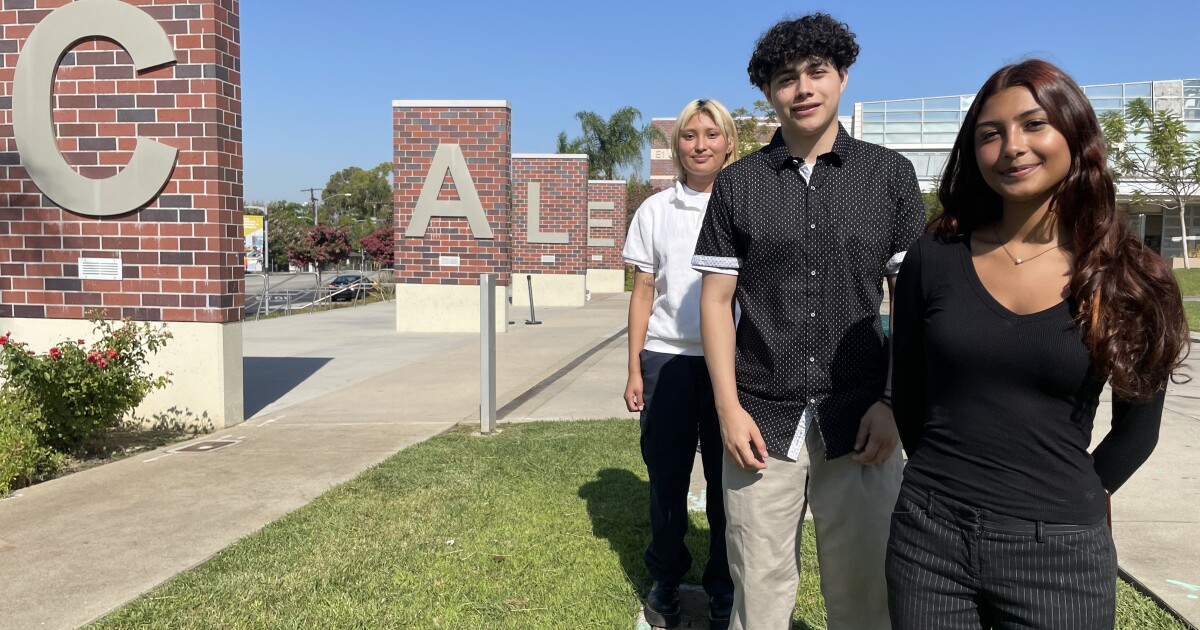 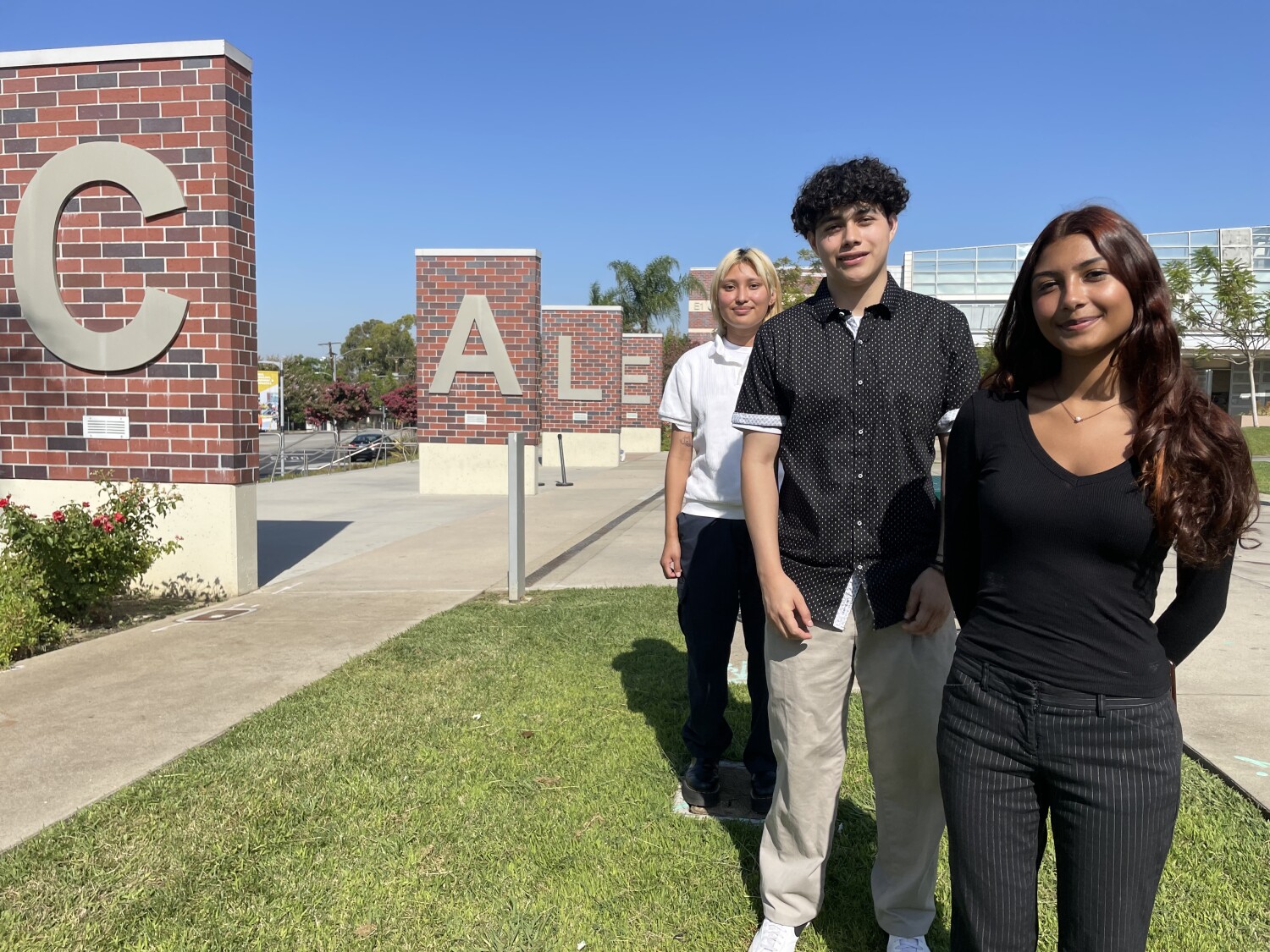 Students whose families come from El Salvador, Guatemala, Honduras and other Central American nations will be able to dive deeper into their heritage’s history and culture through what is being hailed as California’s first community college-level Central American studies program, to begin in the spring of 2023 at East Los Angeles College.

At present, ELAC is the only California community college that offers selected classes in Central American studies. Now it is poised to become the first to allow students to earn an associate degree in the field.

“We are pioneers in this program,” said Alberto Román, president of ELAC, which has provided Central American studies classes since 2015. “We hope that we are the first of many, that other schools are inspired and follow in our footsteps.”

Students will be able to obtain an AA, then may transfer to a four-year college or university to complete two additional years and graduate with a bachelor’s degree.

About 35,000 students attend ELAC each year, of whom 75% are Latino; 20% of the Latino students are of Central American descent.

“This program is a great opportunity. It opens many doors for students who have a Central American origin and who want to learn more about their culture,” said Lana Leos, the daughter of a Guatemalan father and a Salvadoran mother who is studying nursing at ELAC.

The new ELAC initiative builds on the precedent set by Cal State Northridge when in 2000 it launched the first Central American studies undergraduate degree program in the United States. In 2015, CSUN established its department of Central American and transborder studies, and it currently offers more than 25 classes in such disciplines as sociology, anthropology, history, art, migration and political science, among others.

Jocelyn Duarte, who obtained a bachelor’s in Central American studies at CSUN, started teaching at ELAC in 2016 and, owing to her experience, had input in establishing ELAC’s new program and shaping its curriculum.

“We want to bring students to enroll in classes, but the idea is to see further,” said Duarte, who is of Salvadoran descent. “By creating the program and having a full-time [professor] position, resources are being put in and it is being ensured that this is going to be institutionalized.”

Nancy Ramírez, a professor of English at ELAC, celebrates that ELAC is taking this step because it will help students understand the sacrifices that many of their immigrant parents made in coming to the United States. The vast majority of those immigrants were fleeing economic hardship, natural disasters or the violence and trauma of warfare.

“The importance of learning from our history is that it will add to our identity as Central Americans,” said Ramírez, emphasizing that it will help “students learn from the experiences of war, but also from our beautiful culture and art.”

The parents of another ELAC faculty member, Nora Zepeda, arrived from El Salvador in 1963, long before the civil war that devastated the country. Zepeda, a professor of Spanish, said that when she began studying the language of her parents with non-Latino instructors, her courses lacked the rich context needed to learn more about her inherited culture.

“My students are going to have the opportunity to study in a different environment. They are going to be able to identify with the teachers, the culture, the Spanish, and have experiences that I didn’t have,” she said.

Kelly Velásquez, a professor of political science at ELAC, said that the new program also may help non-Latino communities learn about the history of the Central American nations, including the role that U.S. financial interventions and military adventurism have played in driving migration to the United States.

“People from different cultures are going to be able to learn about our history and why we are here,” said Velásquez, whose parents left El Salvador in the 1980s. “The influence of the United States throughout Central America has been very big, and migration is the result of all that.”

Many children of immigrants are unaware of that background. Jesenia Yánez, daughter of a Mexican mother and a Guatemalan father, began her third semester at ELAC this week. Her goal is to transfer to UC Berkeley, where she wants to graduate with a bachelor’s in media studies.

The 18-year-old said that her father, who is of Mayan origin and speaks K’iche’, has been very secretive about her culture and history. First under Spanish colonial rule, then under military dictatorship, the Mayan population has endured centuries of discrimination, economic oppression and genocidal warfare — a brutal legacy that often has been cloaked with fear and silence. Yet Mayan society has maintained its distinctive creative vitality.

Now, Yánez knows, she can study that history and culture as part of her school’s expanded Central American offerings.

“It’s a great opportunity. I can finally explore that part of my culture that has never been discussed at home,” she said.

The program new also excites Edwin Sandoval, 19, who left his native Santa Ana, El Salvador, in 2010 and is taking the classes that will allow him to transfer to continue pursuing an electrical engineering degree.

Sandoval understands that his community struggles with negative stigmas. He thinks that most of the time Central Americans are talked about in reference to wars, migration and violence. With programs like ELAC’s, he believes, those perceptions can change.

Administrators hope that ELAC’s program will become a model for the other eight institutions that make up the Los Angeles Community College District, then be implemented at the state level.

“We want to amplify this curriculum among our district of nine community colleges,” said Francisco Rodríguez, chancellor of the college district, who said that of the district’s 200,000 students enrolled for the coming semester, 62% are Latino and 24% are Central American.

Being in a progressive state with the nation’s largest Latino population makes ELAC the perfect place to “start academic programs to amplify the importance of Central American culture, history, and diaspora,” Rodríguez said.

“We think we can start a model for the rest of California and maybe the country. Why not?”