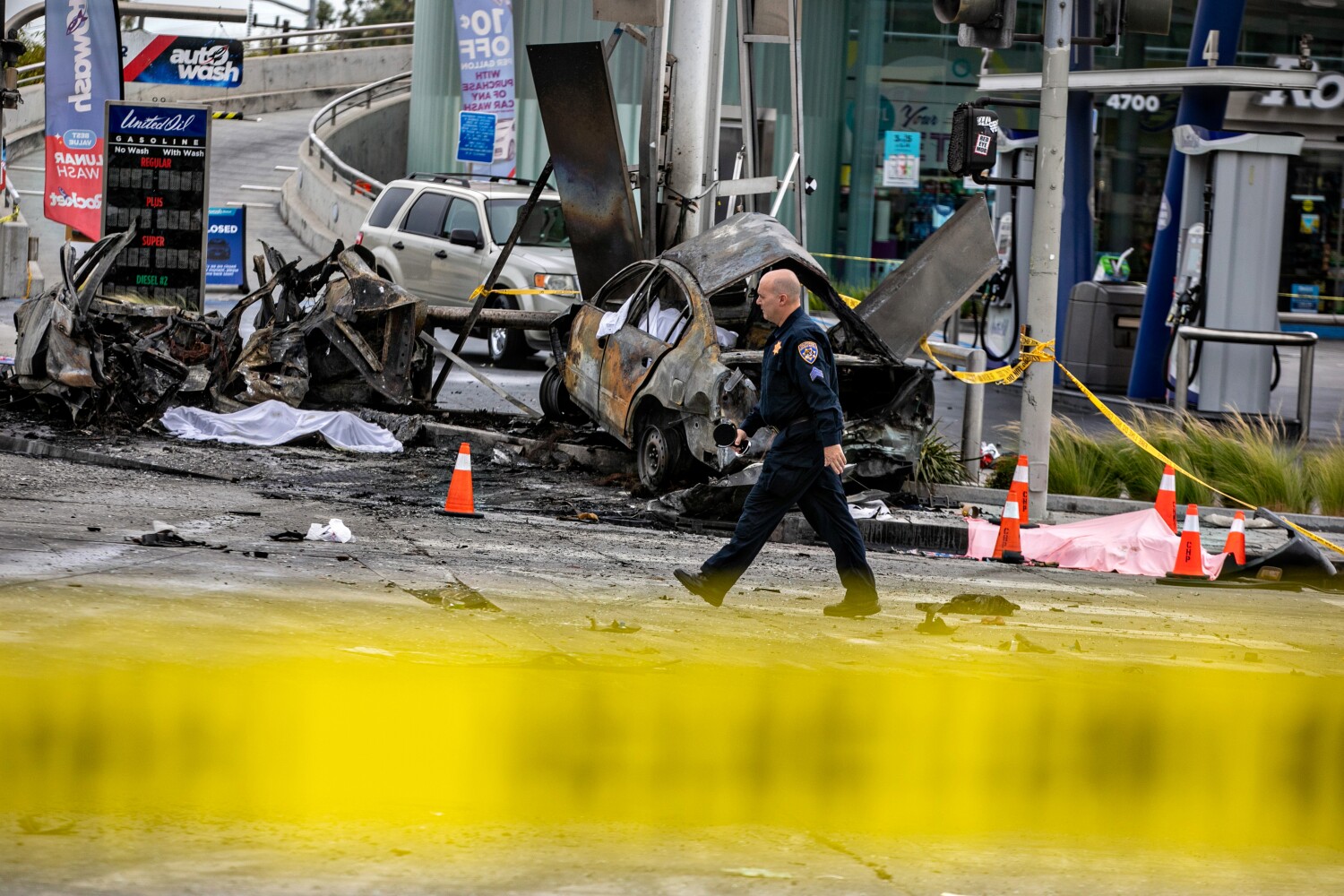 The woman who was arrested in connection to the fiery car crash that killed five people in Windsor Hills has been released from the hospital and is in police custody, according to the Los Angeles County Sheriff’s Department.

Nicole Lorraine Linton, 37, a registered nurse, was being held Sunday afternoon at the Century Regional Detention Facility in Lynwood, authorities said. Bail was set at $9 million.

On Thursday afternoon, Linton was driving her Mercedes-Benz as fast as 100 mph when she ran a red light, hitting several vehicles and causing some to erupt in flames, according to the California Highway Patrol.

The victims included Asherey Ryan, 23, her 1-year-old son and her boyfriend. Only Ryan, who was 8 ½ months pregnant, has officially been identified by the coroner.

Linton was arrested on suspicion of vehicular manslaughter. Prosecutors expect to file charges Monday, accusing her in the deaths of the unborn child as well as the five others.