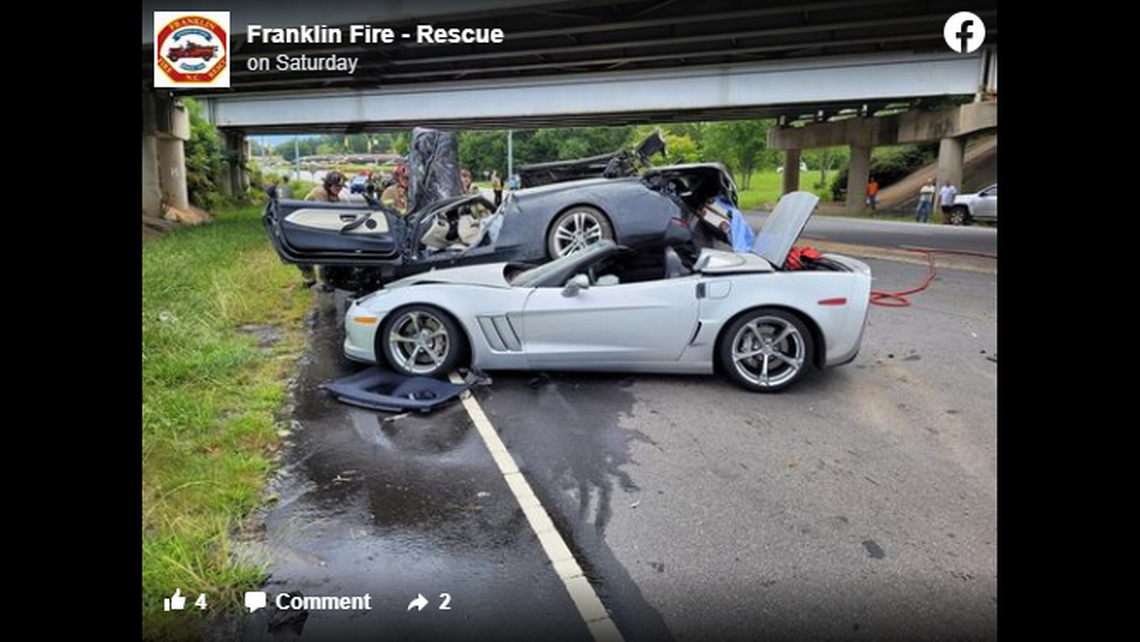 A Western North Carolina driver went off an overpass and landed on another car in a “1 in a million” crash, officials said.

Photos from the scene show one car’s back tire perched on top of a convertible’s windshield on Friday, Aug. 19.

“We responded to one of those 1 in a million type of calls,” Franklin Fire & Rescue wrote on Facebook.

The Franklin Police Department said first responders were called to the “bizarre, but miraculous vehicle collision” on U.S. Highway 64.

One of the drivers had been trapped in the fiery crash until two passersby stepped in. That driver was airlifted to Mission Hospital in Asheville, according to officials.

“Our crew arrived on scene and extinguished the vehicle fire and assisted ems in patient care,” firefighters wrote. “Soon after we realized the car on fire had came off the overpass between the two bridges and ended up on top of the second vehicle.”

No one from the second car was hurt, officials said.

On Facebook, the fire department shared pictures of the damage left at the scene of the wreck. The car that went off the overpass was eventually lifted off the convertible and towed away, according to pictures from Nathan’s Body Shop & Wrecker Service, Inc.

An investigation into the crash was ongoing as of Aug. 19, officials said.

Franklin is roughly 65 miles southwest of the mountain tourist destination of Asheville.