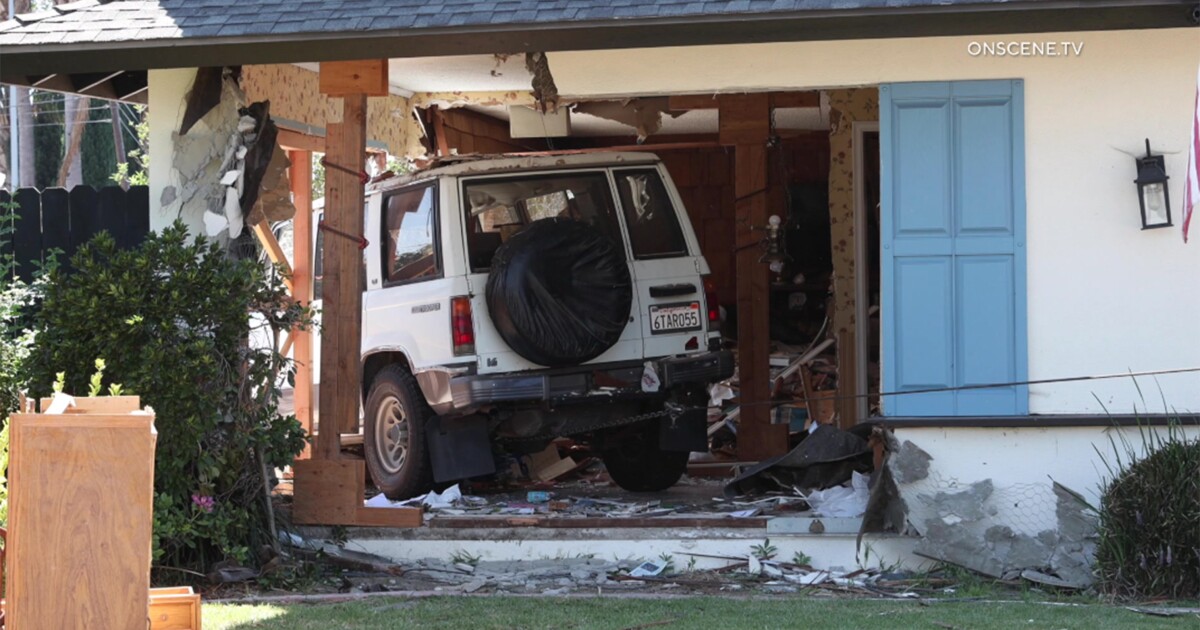 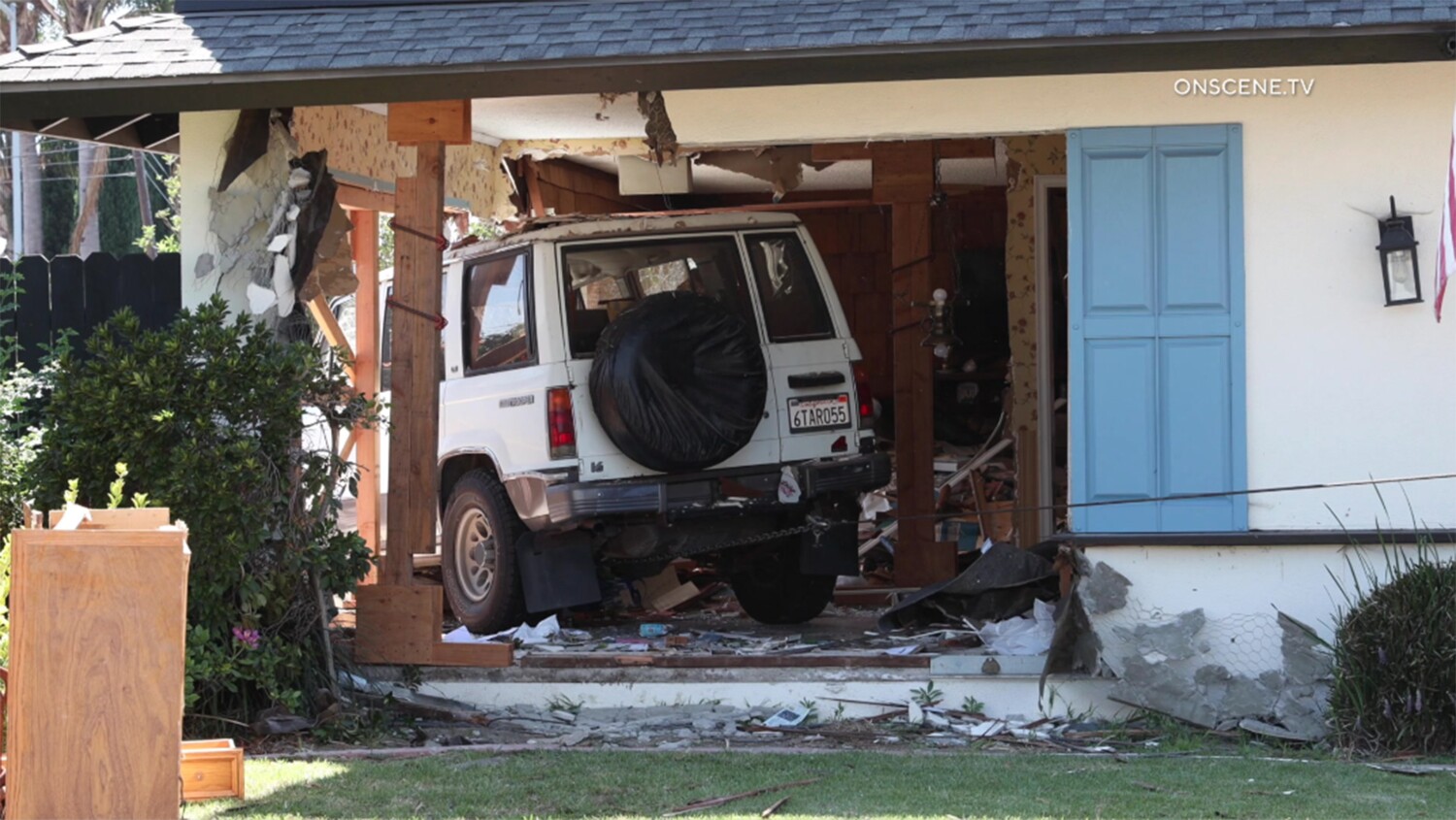 The driver of an SUV crashed into the living room of a Huntington Beach house but the two people inside the home were unhurt, a city official said Friday.

The Huntington Beach Fire Department responded about 12:15 p.m. Thursday to reports of a vehicle crashing into the living room of a two-story single-family home, according to Jennifer Carey, the city’s public affairs manager.

The house’s two occupants weren’t in the immediate area at the time and were not injured, Carey said. The driver of the SUV suffered minor, non-life-threatening injuries and was treated at a hospital.

The city’s police and fire departments didn’t immediately respond to requests for comment.

The home’s owner, Edward Jollie, told CBS Los Angeles that he got up to go to the bathroom moments before the vehicle came barreling into his house. He and his daughter were in the front room when the crash occurred.

“I had to get up and go to the little boys’ room,” he said. “Two, three, four, five seconds after that I saw a car come through the house.”

Jollie said his insurance company is looking for another house for him to move into while repairs are being done on the home.

The Huntington Beach Building Department red-tagged the building, declaring it at least temporarily uninhabitable due to the structural damage, Carey said.

Police are still investigating the crash. It’s unknown whether the driver was under the influence of alcohol or any drugs at the time of the crash, as well as the exact cause of the collision, Carey said.

“That’s going to be part of the investigation,” she said.