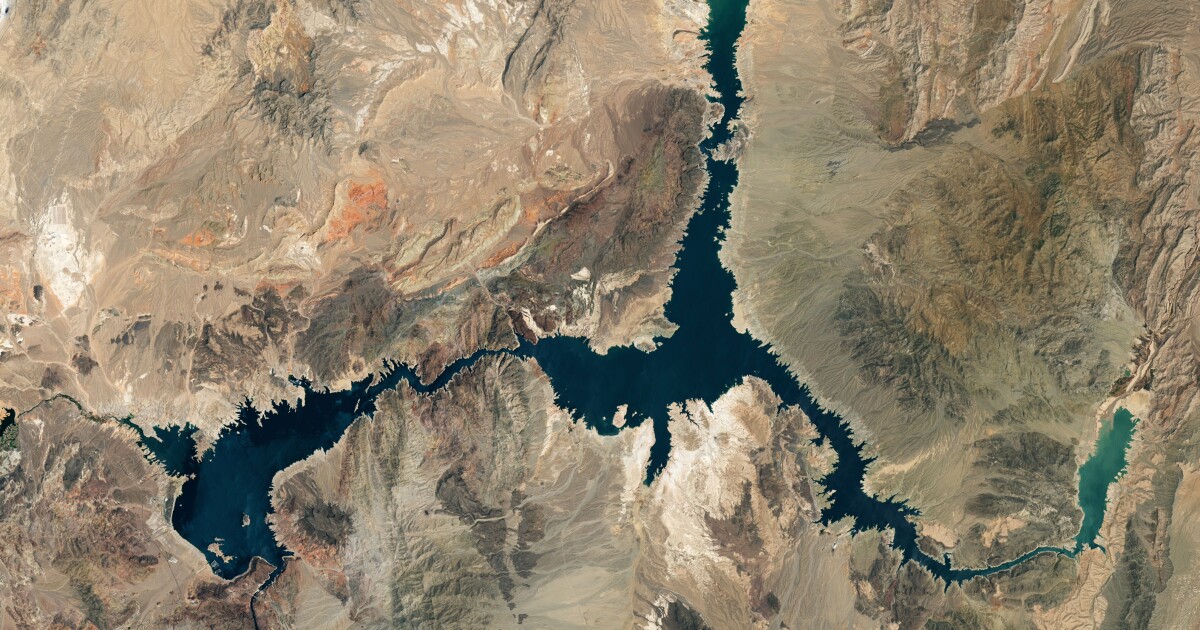 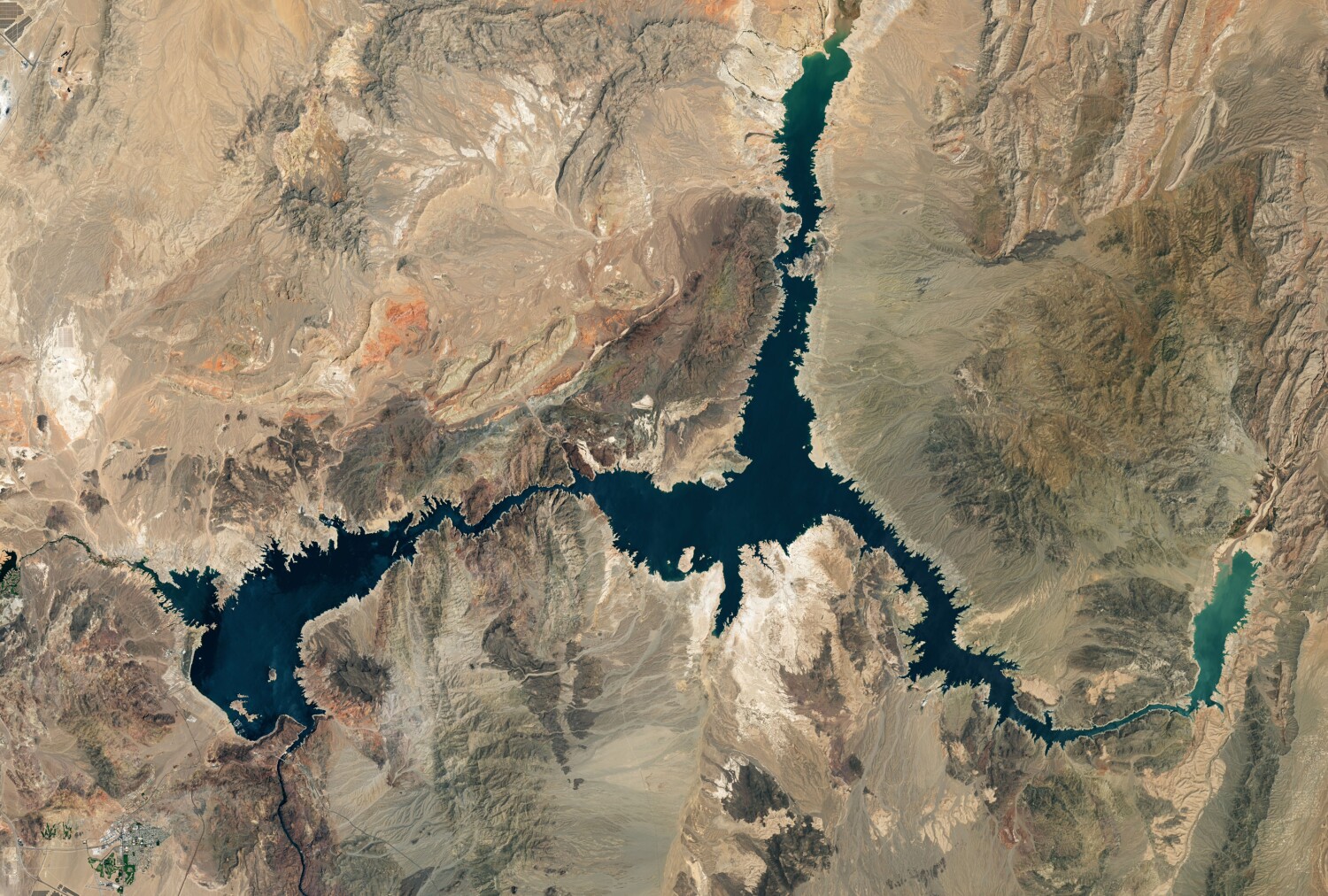 Recent satellite images from NASA show the dramatic water loss that has occurred over the last two years at drought-stricken Lake Mead, the nation’s largest reservoir and a lifeline for California, neighboring states and Mexico.

The images show how a deep blue strand of water snaking through the Nevada desert in August 2020 has drastically receded and narrowed amid the parched landscape by July of this year. Lake Mead and much of the Colorado River Basin are in the midst of a 22-year drought.

Water levels at Lake Mead — formed by the Hoover Dam — are at their lowest levels since 1937, when the reservoir was still being filled. As of July 18, the lake was at 27% capacity, according to the U.S. Bureau of Reclamation.

Lake Mead serves approximately 25 million people in the West, including California, Arizona, Nevada, tribal lands and northern Mexico. Approximately 74% of nine Western states are experiencing some form of drought, with 35% seeing “extreme drought,” according to the U.S. Drought Monitor.

Over the last several months, the lake’s receding shoreline has revealed sunken boats and human remains, including a probable homicide victim.

A white band of dried rock surrounds the lake like a bathtub ring and tells a story of where the water levels once reached. The exposed lake bed reveals a sweeping pattern of cracked mud baking in the sun, mineralized areas of the lakeshore that were once underwater and littered with dead fish.

The latest satellite images confirm the alarms climate scientists have sounded about climate change and overuse of the Colorado River, which feeds into Lake Mead. The current situation may present one of the worst droughts in the West in the last 1,200 years, according to climate data.