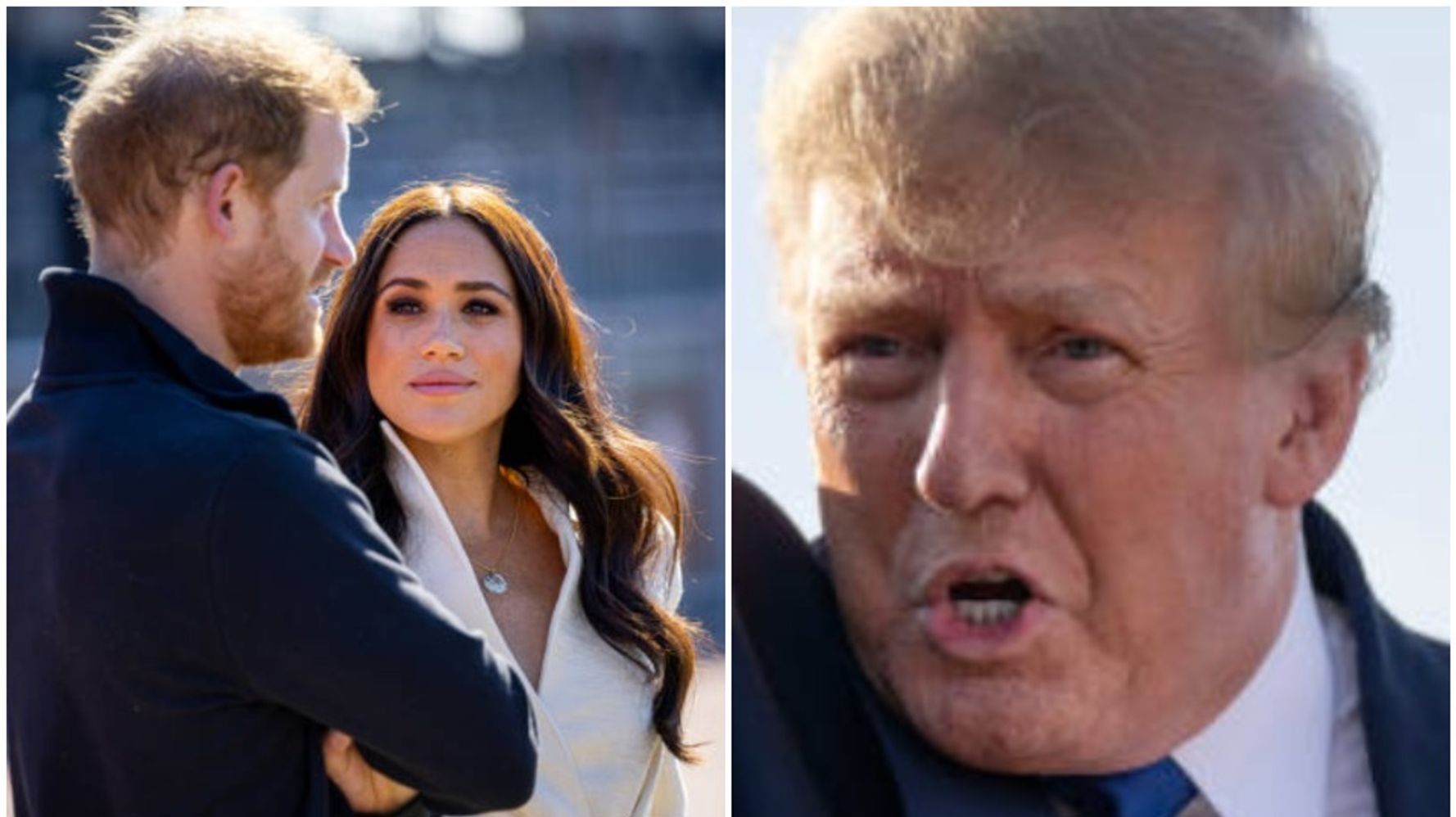 In the same recent interview with Piers Morgan in which Morgan claims the former president walked out on , Trump took aim at the Duke and Duchess of Sussex in footage shared Sunday by The Sun.

“I’m not a fan of Meghan .. and I wasn’t from the beginning,” Trump continued. “I think poor Harry is being led around by his nose.”

Asked if he believed the marriage would fail, the thrice-married, twice-impeached ex-U.S. leader replied, “It’ll end and it’ll end bad.” He suggested that the prince might return to royal life on “his hands and knees.”

Trump said that once the couple withdrew from royal duties, Queen Elizabeth should have removed their royal titles and told them “don’t come around.” “He’s been so disrespectful to the country. And I think he’s an embarrassment.”

The full segment of “Piers Morgan Uncensored” is scheduled to air on the Fox Nation streaming service. The chat had already grabbed headlines after Morgan said Trump walked out on the interview when the British journalist confronted him on his election lies. Morgan called him “pathological.”