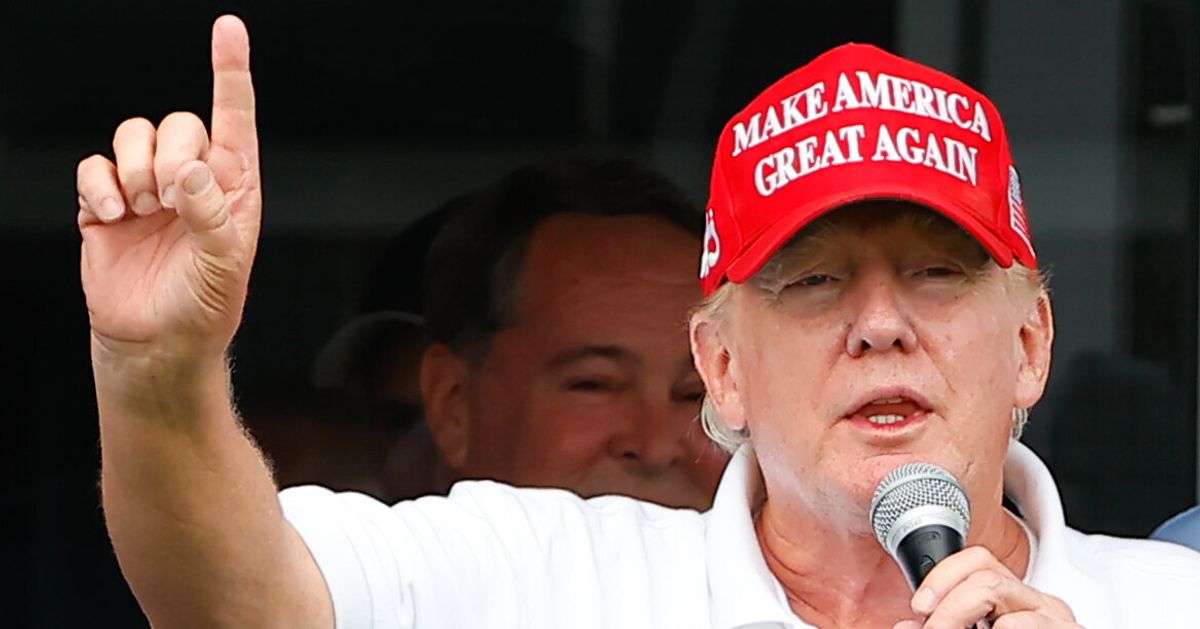 Always the intellectual, Donald Trump Jr. on Friday came up with an innovative way to respond to the public release of the affidavit supporting the FBI’s search of Mar-a-Lago.

He posted a photo of his dad, Donald Trump, in his golf duds with a long black bar over his crotch, and said: “Redact this!” The former president’s thumb is hooked in his belt in the shot.

Trump fans swooned over the length of the black bar, with one drooling: “Hang in there, Mr. President!”

The crotch shot wasn’t all Donald Jr. came up with, but it was the most “graphic.” Mostly he mocked all the redactions in the affidavit, which the Justice Department had explained were necessary to protect witnesses, the names of FBI agents and other details of the investigation of his father.

The affidavit, although heavily blacked out, detailed repeated requests by federal officials for boxes of documents that the former president had stashed at his Mar-a-Lago estate when he left the White House. It showed that highly classified information was haphazardly stored at the private country club that includes his residence. The information contradicted Trump’s claim that officials only had to ask and they would have been given the material.

The National Archives first reached out about retrieving records from Mar-a-Lago in May 2021, according to the affidavit. Trump’s aides responded later that year that they had 12 boxes ready to be picked up, and the National Archives eventually left with 15 boxes in January.

FBI agents searched Trump’s Florida estate on Aug. 8 and took away dozens of additional boxes, including 11 packets of classified documents. Among that set was a batch labeled with the highest classification markings, meant for review only in secure government facilities.

Justice Department prosecutors filed the redacted affidavit at the federal courthouse in West Palm Beach, Florida, late Friday morning after Magistrate Judge Bruce Reinhart ruled on Thursday that he had accepted the redactions prosecutors had proposed. He described the redactions as “narrowly tailored to serve the government’s legitimate interest in the integrity of the ongoing investigation and are the least onerous alternative to sealing the entire affidavit.”