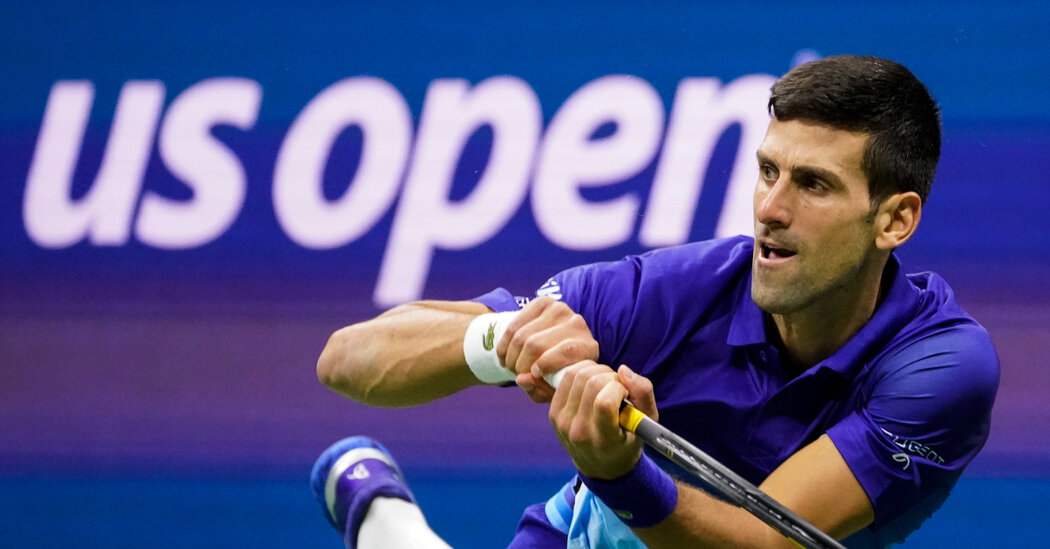 The stalemate between Novak Djokovic and the U.S. government reached its inevitable conclusion Thursday as the unvaccinated Wimbledon champion pulled out of the U.S. Open.

The U.S. has lifted many of the restrictions related to the coronavirus and travel. However, unvaccinated foreigners are still not allowed to enter the country. Djokovic, who has had Covid-19 at least twice, has been steadfast in his refusal to get vaccinated, arguing that it should be a personal decision rather than a requirement.

“Sadly, I will not be able to travel to NY this time for US Open,” Djokovic wrote on Twitter Thursday morning, hours before the draw for the tournament that is scheduled to start on Monday. “Thank you #NoleFam for your messages of love and support. Good luck to my fellow players! I’ll keep in good shape and positive spirit and wait for an opportunity to compete again. See you soon tennis world!”

Djokovic’s refusal to be vaccinated set off a political firestorm in January when he announced he had received a special exemption to enter Australia to play in the Australian Open, the first tennis major of the year.

Djokovic ultimately left the country without defending his singles title there, after a twist-filled saga ended with a ruling by a three-judge panel that affirmed the Australian government’s decision to cancel the star athlete’s visa.

Djokovic was able to play in the French Open and Wimbledon after France and England relaxed their requirements that visitors be vaccinated. But as he sat next to his Wimbledon trophy in July after winning his 21st Grand Slam title, Djokovic said it appeared unlikely that he would play in the U.S. Open because he had no plans to get vaccinated and did not anticipate the U.S. government changing its rules.

The U.S. Tennis Association said earlier this summer that it would not seek an exemption on Djokovic’s behalf.

By not playing, Djokovic is giving up a chance to draw even with Rafael Nadal for the most men’s singles Grand Slam titles (Nadal has 22 and Djokovic has 21).