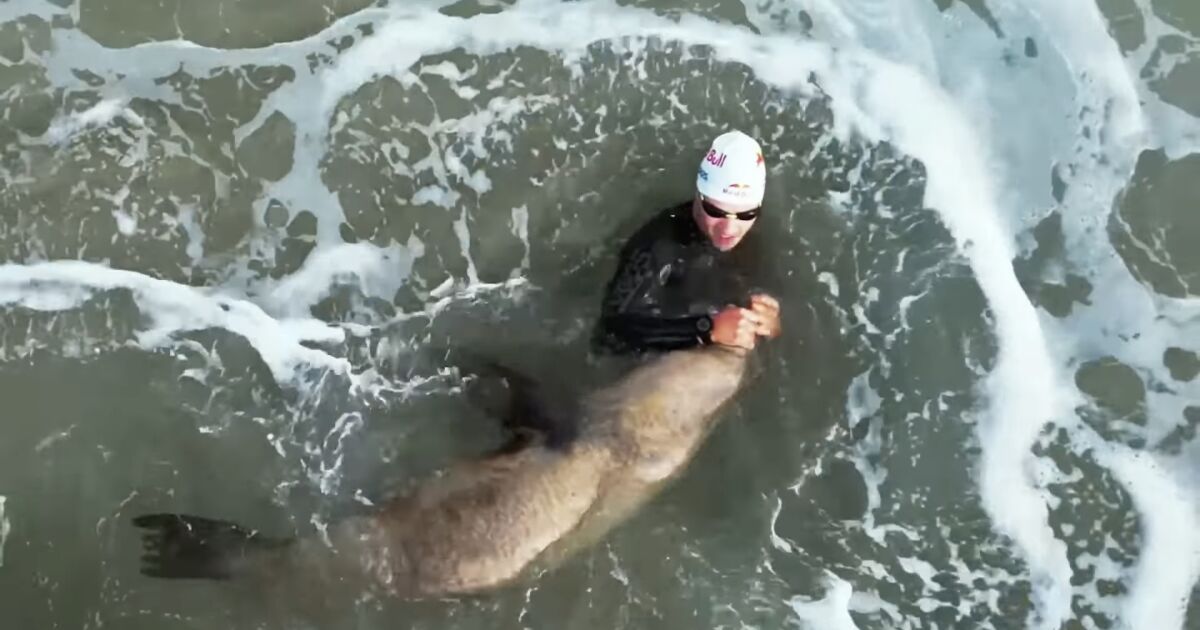 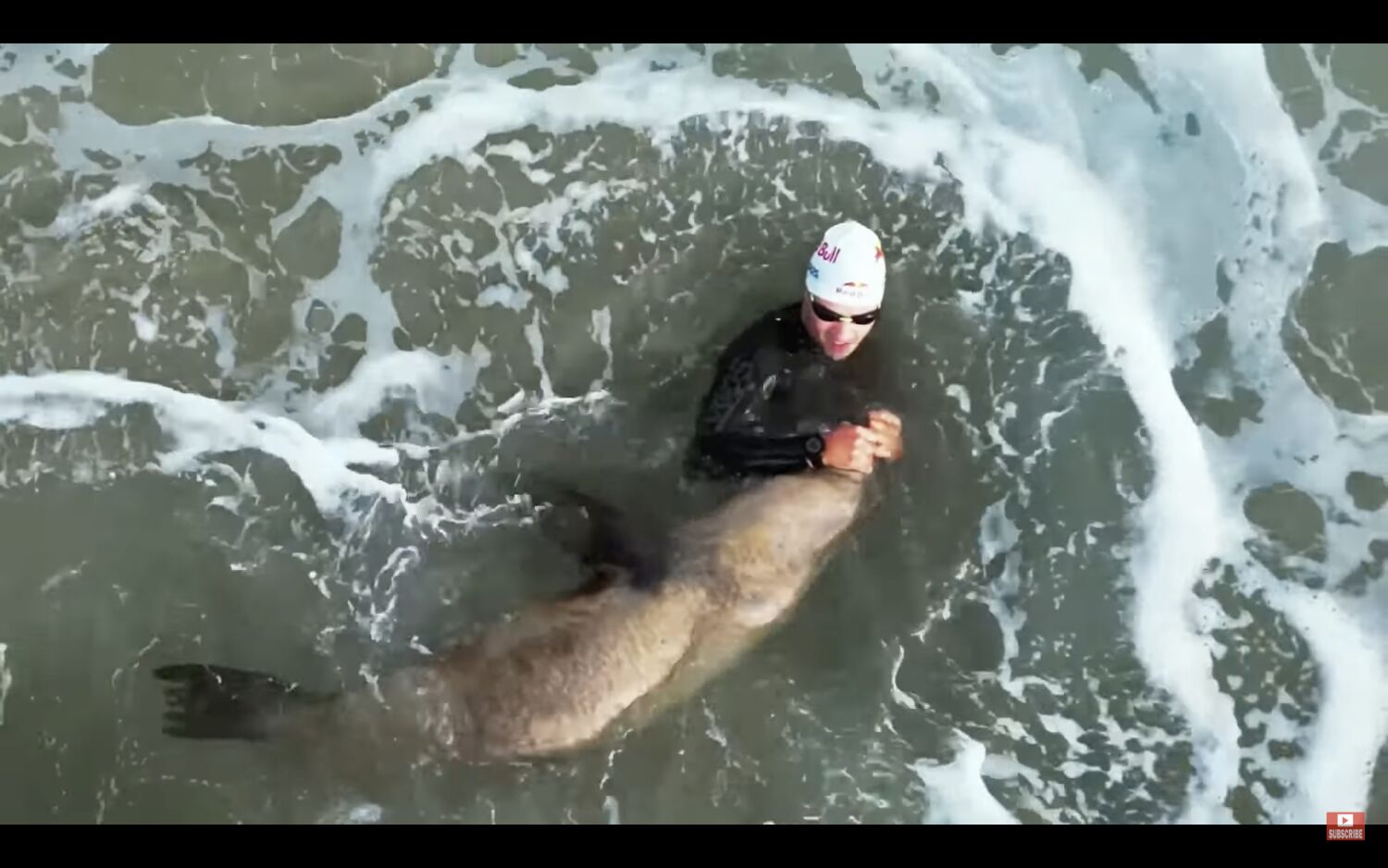 A 22-year-old Portuguese triathlete training for an upcoming race off Malibu this week was bitten by an animal believed to be a seal, race organizers said.

The athlete, Vasco Vilaca, was not seriously injured in the encounter off Zuma Beach, according to a post Friday by Super League Triathlon.

The incident occurred late morning on Thursday, according to the triathlon.

“So the wounds are not too bad,” Vilaca said in a video posted by race organizers. “It bit my arm. Luckily I had the wetsuit and it kind of protected me pretty well, just one of the teeth that actually punctured through the wetsuit.”

Vilaca said he also got cuts on his hand while grabbing the animal’s mouth to try to pry himself loose after it wouldn’t let go.

At first, he said, he noticed the animal moving toward him but wasn’t sure what to do.

“It kind of felt like a dog smelling me and I kind of just tried to slowly, without doing anything aggressive, like push it slowly away,” Vilaca said.

“You don’t think about dying,” Vilaca said. “I was more thinking about surviving. When it bit me I was more like … how do I get out of this situation?”

Vilaca was able to move away and get back to the beach without further serious incident.

He is scheduled to race in Super League Triathlon Malibu at 1 p.m. Saturday at Zuma Beach, according to race organizers.

Though the animal is believed to be a seal, the exact species could not be verified.