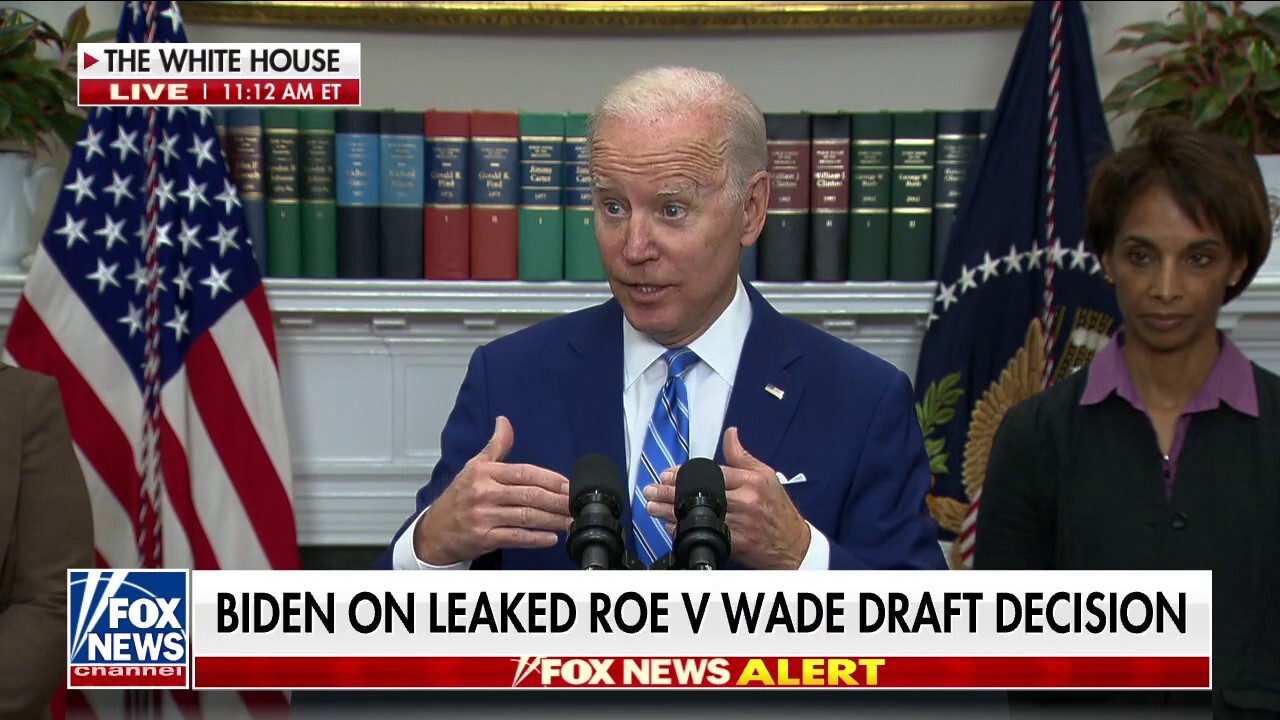 Conservatives on Twitter were appalled Wednesday after President Joe Biden defended abortion by appealing to his natural rights as a “child of God.”

One claimed that the president “just made the case against abortion” in his efforts to stump for it.

‘Devout Catholic’ Biden’s latest rhetorical blunder happened while talking to the press Wednesday when he elaborated more on his stance on the leaked SCOTUS opinion draft that seems poised to overturn Roe v. Wade.

“This reminds me of the debate I had with Robert Bork,” he said, claiming, “Bork believed the only reason you had any inherent rights is because the government gave them to you.” The president recalled his 1987 comments to Bork “when I was questioning him as chairman,” which seemed a little muddled.

“I said, ‘I believe the rights that I have, not because the government gave them to me, which you believe, but because I’m just a child of God, I exist. I delegated by joining this union, to delegate oblig– some rights I have to the government for social good.”

While parts of his response were unintelligible, conservatives on Twitter slammed Biden for daring to say he believes in rights given to him “as a child of God” to justify his defense of abortion.

“Having this doddering fool as President is the greatest threat our country has faced in nearly 70 years,” tweeted Texas Republican Party chairman Matt Rinaldi.

“President Biden using ‘child’ twice in two days in rather contradictory ways,” Pluribus editor Jeryl Bier pointed out while sharing a screenshot of a transcript of Biden’s abortion statements from the day before in which the president used the phrase “choose to abort a child.”

Washington Examiner journalist Jerry Dunleavy tweeted, “Biden says there are ‘rights I have, not because the government gave them to [m]e, but just because I’m a child of God, [because] I exist.’ He makes this argument to support the right to abort unborn children of God which exist.”

The House Republicans’ Twitter account echoed a President Ronald Reagan quote as a counter to Biden. “Everyone who is for abortion has already been born,” they tweeted.