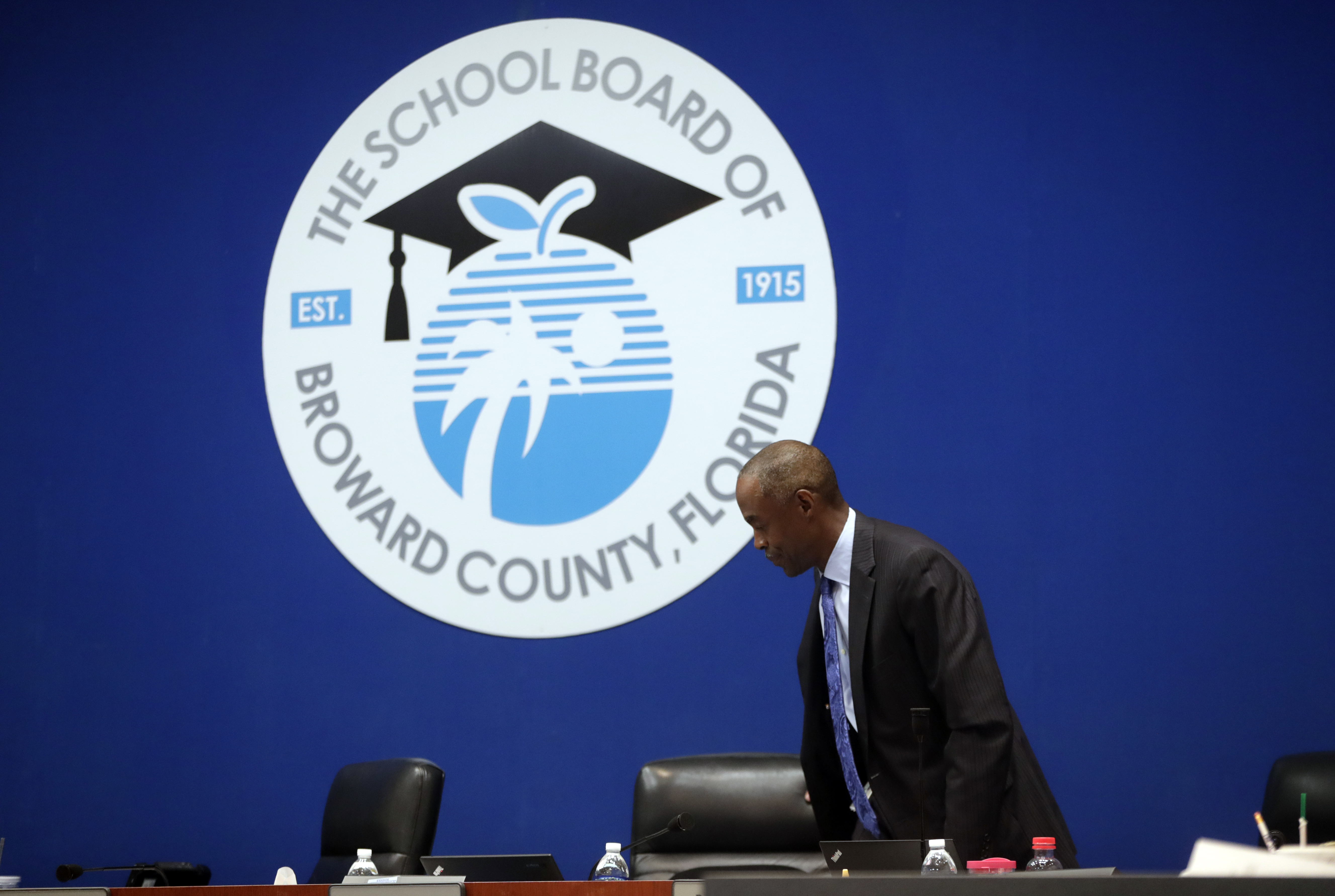 “It is my duty to suspend people from office when there is clear evidence of incompetence, neglect of duty, misfeasance or malfeasance,” DeSantis said in a statement. “This action is in the best interest of the residents and students of Broward County and all citizens of Florida.”

The Parkland grand jury, in a 2021 report released just last week, said that five board members — Patricia Good, Donna Korn, Ann Murray, Laurie Rich Levinson and Rosalind Osgood — along with the district’s top leadership “need to go” after examining their performance on a massive school bonding program aiming to bolster school safety and other areas. Commissioned by DeSantis, the grand jury was called to probe school safety in Florida after a lone gunman in 2018 shot 34 people, killing 17 at Stoneman Douglas.

“What Governor DeSantis did is un-American and undemocratic. He doesn’t care about democracy and overturned the will of the voters,” Levinson said in a statement. “This action is authoritarian-like and has no place in the United States of America where the voters decide who represents them.”

The Broward bond project, approved by voters about four years before the Parkland shooting, was promised to be completed by the end of 2021 for $987 million yet is now estimated to wrap up in 2025 for nearly $1.5 billion, according to the grand jury, which questioned if the district would even make that deadline. The grand jury claimed the board members failed to hold school officials accountable and were slammed for “deceit, malfeasance, misfeasance, neglect of duty and incompetence.”

“We applaud the Governor’s action to follow the recommendation from Florida’s 20th Statewide Grand Jury and remove the Broward School Board members — citing their gross-negligence, misfeasance, malfeasance, and shear incompetence caused the mishandling of many of the aspects of the tragic date that took the lives so many at Marjory Stoneman Douglas,” said Stand with Parkland president Tony Montalto in a statement.

Out of the four sitting school board members scrutinized in the report, the terms of Levinson and Murray are set to expire in November with neither seeking reelection.

Korn is pursuing another term and is now engaged in a runoff election for the seat; Good’s term is set to expire in 2024.

Osgood, meanwhile, is now a state senator and “therefore not subject to the Governor’s executive suspension authority,” according to the DeSantis administration.

To replace the board members, DeSantis appointed Torey Alston, Manual “Nandy” A. Serrano, Ryan Reiter and Kevin Tynan. It’s unclear which appointment is associated with each separate board term.

Alston previously served as the chief of staff at the Florida Department of Transportation under the DeSantis administration. And DeSantis previously appointed him to the Broward County Commission.

Serrano is member of the Florida Sports Foundation Board of Directors and CEO and founder of Clubhouse Private Wealth, a financial consulting firm.

Reiter is a U.S. Marine Corps veteran and director of government relations for Kaufman Lynn Construction in Delray Beach.

Tynan, an attorney with Richardson and Tynan, previously served on the Broward County School Board.