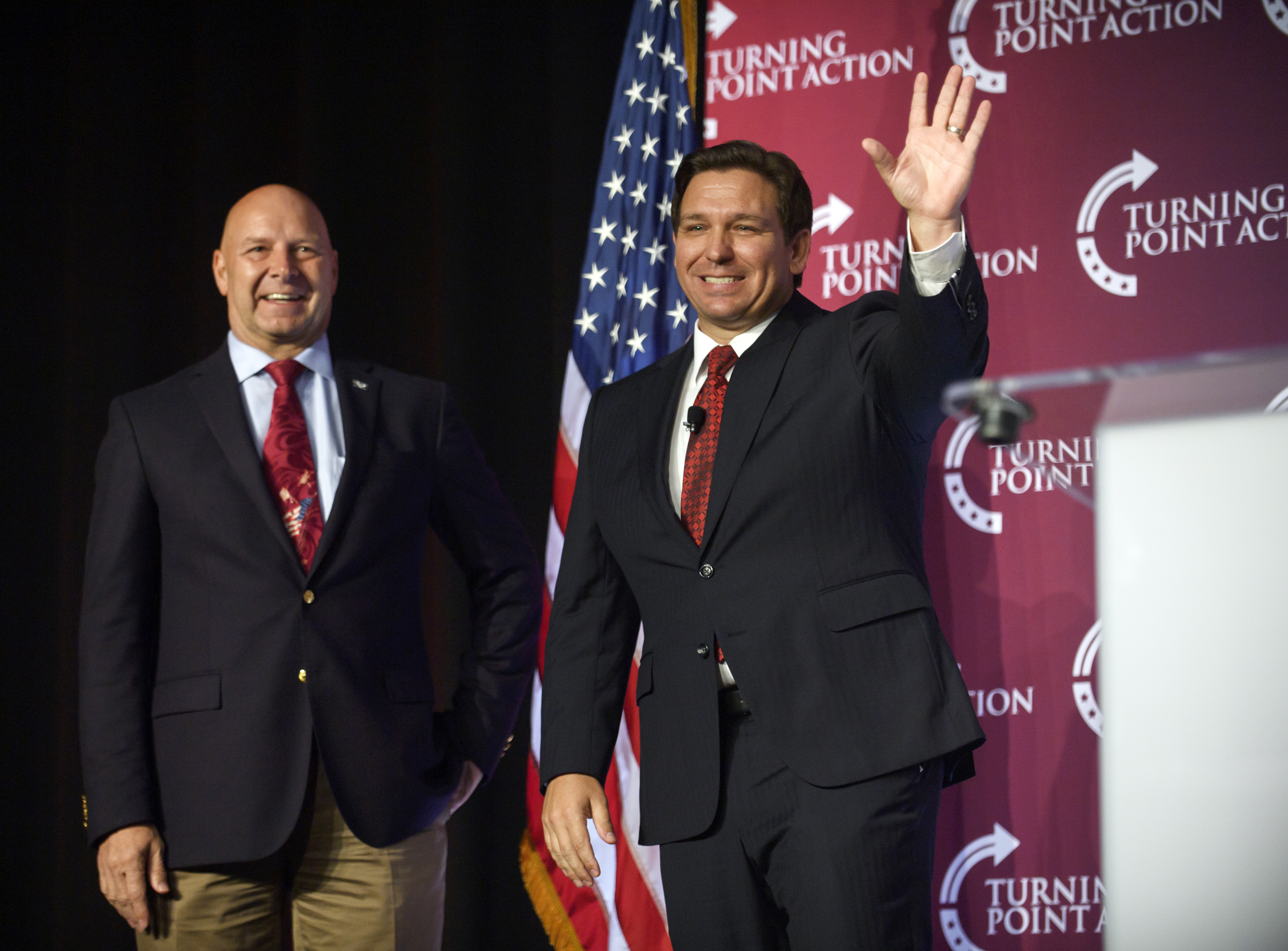 The rally at the Wyndham Grand Pittsburgh was part of DeSantis’ national tour to bolster key Republican Senate and gubernatorial candidates who also have the backing of Trump. Last week, DeSantis spoke at rallies in Arizona for GOP Senate candidate Blake Masters and Kari Lake, the state’s Republican gubernatorial nominee. He is also stumping for GOP Senate hopeful J.D. Vance in Ohio.

DeSantis has avoided echoing Trump’s claims that the 2020 election was stolen. He has, for example, said Florida’s 2020 election results went smoothly and has rejected calls to conduct a statewide audit of the results.

The national campaign tour comes as DeSantis continues to cash in on his growing popularity with conservative voters and amid continued speculation that he’ll launch a bid for president in 2024.

“It is my distinct honor and privilege to introduce to you what a governor should be, a fighter for the United States,” Mastriano said, introducing DeSantis. “The best governor in the United States, America’s Ron DeSantis from Florida.”

Mastriano is running in a nationally-watched race against Democratic Attorney General Josh Shapiro. Investigators with the Jan. 6 select committee have accused Mastriano of plotting to recruit alternate electors in Pennsylvania to hand Trump a victory despite Biden winning the state. Mastriano was also at the Capitol before insurgents attacked the complex on Jan. 6. and has faced blowback for his association with far-right social media platform Gab co-founder Andrew Torba, who has made antisemitic remarks.

The Pennsylvania governor’s race is among the most high-profile of the 2022 midterms. A recent poll from Public Opinion Strategies had Shapiro with a 50-35 advantage.

DeSantis, however, only mentioned Mastriano a handful of times during the Friday rally and focused mostly on his accomplishments in Florida. He claimed, for example, that Pennsylvania could become the “Florida of the North” if voters elected Mastriano.

Much of DeSantis’ rally speech was a greatest hits of the talking points he has used in press conferences in Florida and elsewhere, including how he rejected Covid-19 mandates, which helped fuel DeSantis’ rise because he reopened the Florida economy faster than most other states.

“Even some of these establishment Republicans were saying, ‘oh, you can’t do that because we were backing [Anthony] Fauci,’” DeSantis said, referring to the nation’s top infectious disease specialist, who during the pandemic became a national political boogeyman for Republicans. “We are not following some of these bureaucrats who had no regard for your freedom, who had no regard for the struggles that people were going through during their policies.”

DeSantis largely lauded his own conservative accomplishments but also cobbled together a nationally-focused message on Covid restrictions.

“I see now Philadelphia is forcing masks on students,” DeSantis said. “And they said that they were telling me that Pittsburgh may do that too. There is no justification for muzzling students for eight hours.”