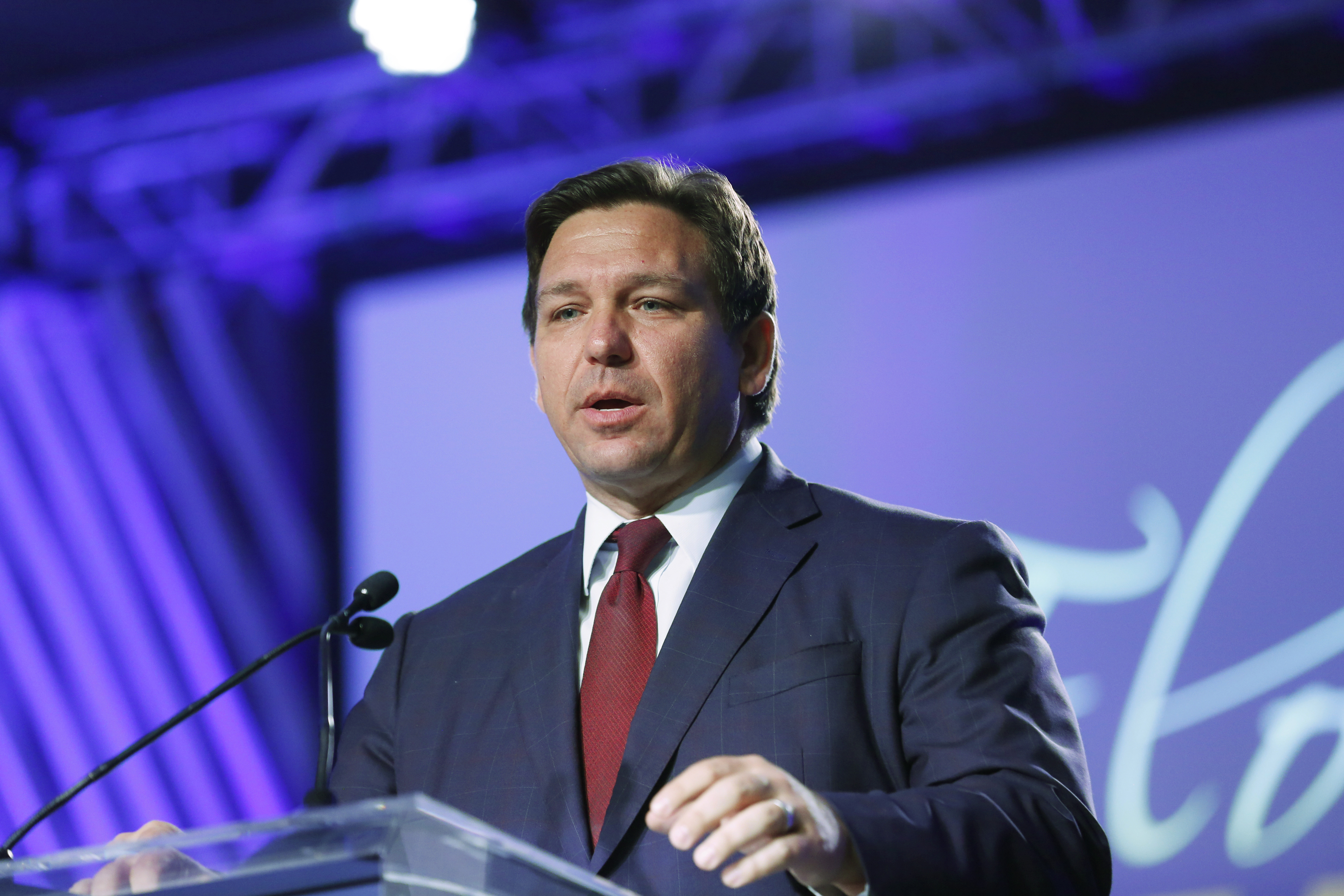 DeSantis communications director Taryn Fenske confirmed DeSantis was attending the Monday services. The campaign did not respond to requests seeking comment, but two people familiar with the decision said DeSantis canceled his appearance at Zeldin’s event so he could attend the service, which is taking place in Miami. Zeldin is the Republican gubernatorial nominee for New York.

Zeldin’s $25,000-a-plate soiree in Oyster Bay, N.Y., was expected to bring in close to $1 million, his campaign told the New York Post. It was hosted by investor and entrepreneur Matthew Bruderman and his wife Kerri Beth, who have previously fundraised for Zeldin during this cycle.

New York Democrats have tied attacks on Zeldin with DeSantis and Florida as they try to link him to far right extremism in their attempts to reelect Gov. Kathy Hochul.

“Lee Zeldin and Ron DeSantis are not just any Republicans,” New York Democratic Party Chair Jay Jacobs said during a press call Friday, slamming the pair’s planned fundraiser. “They are cut from the same cloth of the far right fringe who want to roll back fundamental rights and push an extreme agenda here on New Yorkers. Both are pushing an anti-abortion agenda that is far too dangerous for New Yorkers. Both hold views that are completely out of touch with New Yorkers’ priorities and both continue to spread dangerous election conspiracy theories that threaten our democracy.”

And Hochul more recently knocked Florida at an event earlier this month to sign legislation to study whether educators are properly instructing students about the Holocaust in New York schools.

She also said last week Zeldin should move to Florida “where you belong.”

In response to that comment, Zeldin tweeted that Houchul was “losing your marbles.