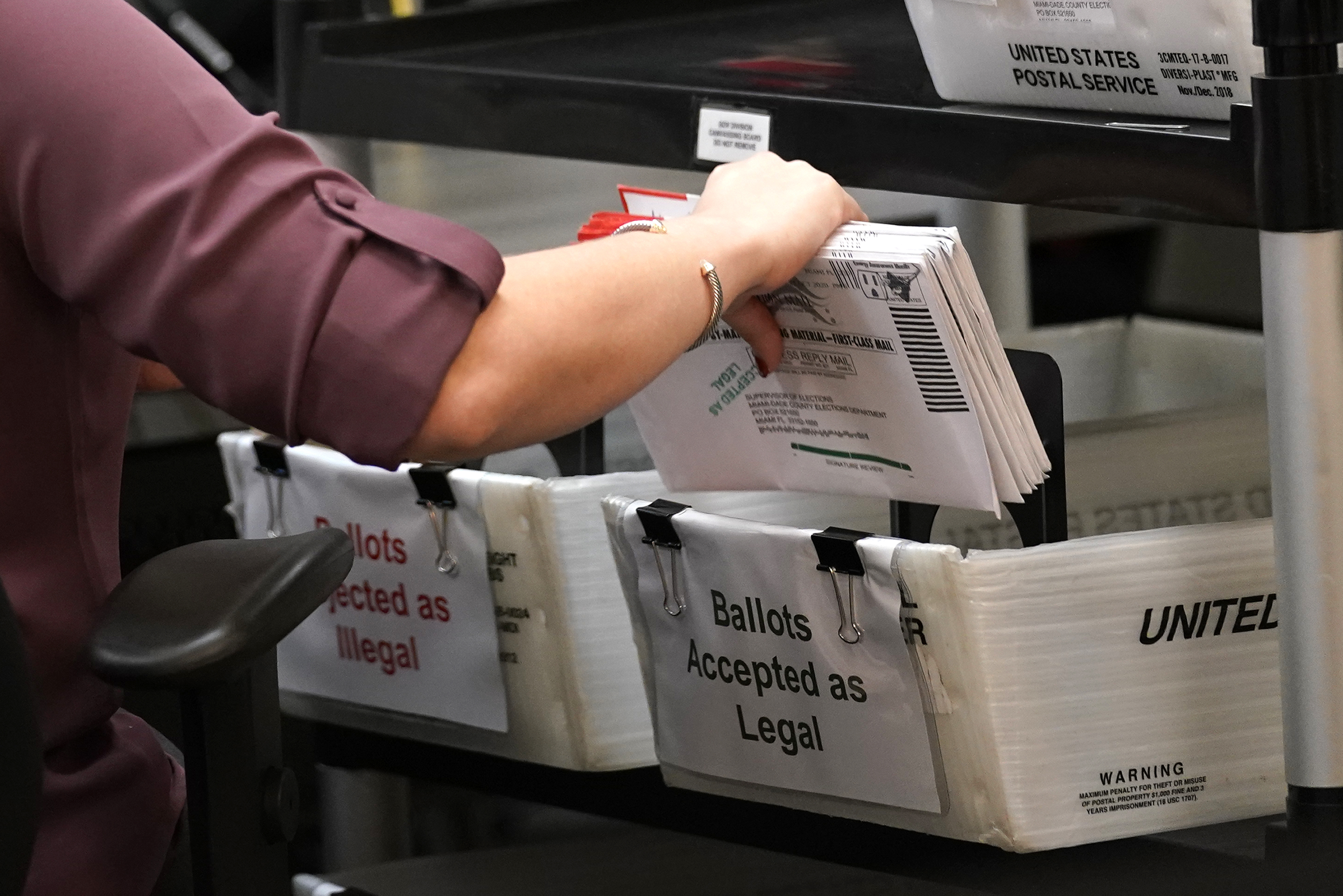 “This is just the first step. There are many more in the pipeline,” DeSantis said. “We are not just going to turn a blind eye to this. The days of that happening in Florida are over.”

DeSantis said that the office is actively investigating people who have voted in two states and undocumented immigrants who he says may have voted illegally in Florida. He provided no specific details about those ongoing investigations.

Voting rights groups, most of whom opposed the creation of the election’s investigation office, pushed back hard against the announcement.

Florida Rising Executive Director Andrea Mercado said the announcement is a sign that his administration is undermining people’s access to voting, and noted a DeSantis’ drawn congressional redistricting map erased a North Florida congressional district that has long performed for Black voters.

“No one has done more to violate the integrity of Florida’s elections and make it harder for Floridians to be part of our democracy than Ron DeSantis,” she said. “If we had a real election integrity department, they would be arresting the governor for erasing Black districts and threatening neighbors helping neighbors cast their ballot.”

“What today shows is not that democracy is working in Florida, it’s that the offices that are trying to turn our state into one-man rule will do whatever they can to distract and deflect from how they have reduced Floridians’ ability to vote and have their voice heard,” she added.

In 2018, state voters passed Amendment 4, which set up a process where most felons could get their voting rights restored. Some severe convictions, like murder or felony sexual assault, did not qualify under the constitutional language.

“As elected leaders, it is incumbent on us to ensure free and fair elections and instill confidence in the voting process,” Moody said. “No voting system can stand without the backing and confidence of the people it serves.”

Moody joined a Texas-led 2020 lawsuit last year suing four swing states over “voting irregularities.” The lawsuit, which the Tampa Bay Times reported was mocked by her own attorneys, was thrown out by the U.S. Supreme Court.

DeSantis made clear, as he has in the past, that he thought overall Florida’s 2020 election was an “efficient, transparent election.” DeSantis has had to walk a tightrope as former President Donald Trump has refused to acknowledge President Joe Biden won the election and pressured states to audit their elections. DeSantis did not move forward with an audit but has pushed for election overhaul bills, including creation of the election’s investigation office.

DeSantis has had an outsized focus on voter fraud in Florida, which is relatively rare, and amplified those concerns during Thursday’s press conference, which included those in attendance holding campaign-style signs that read “My Vote Counts” and came with DeSantis’ signature.

DeSantis did not give specific details about which regions of the state the arrests were made, but said the majority were in Democratic strongholds of Palm, Broward and Miami-Dade counties.

DeSantis held no similar press conference earlier this year when four men from The Villages, a sprawling retirement community that leans heavily Republican, were arrested for attempting to cast multiple ballots.