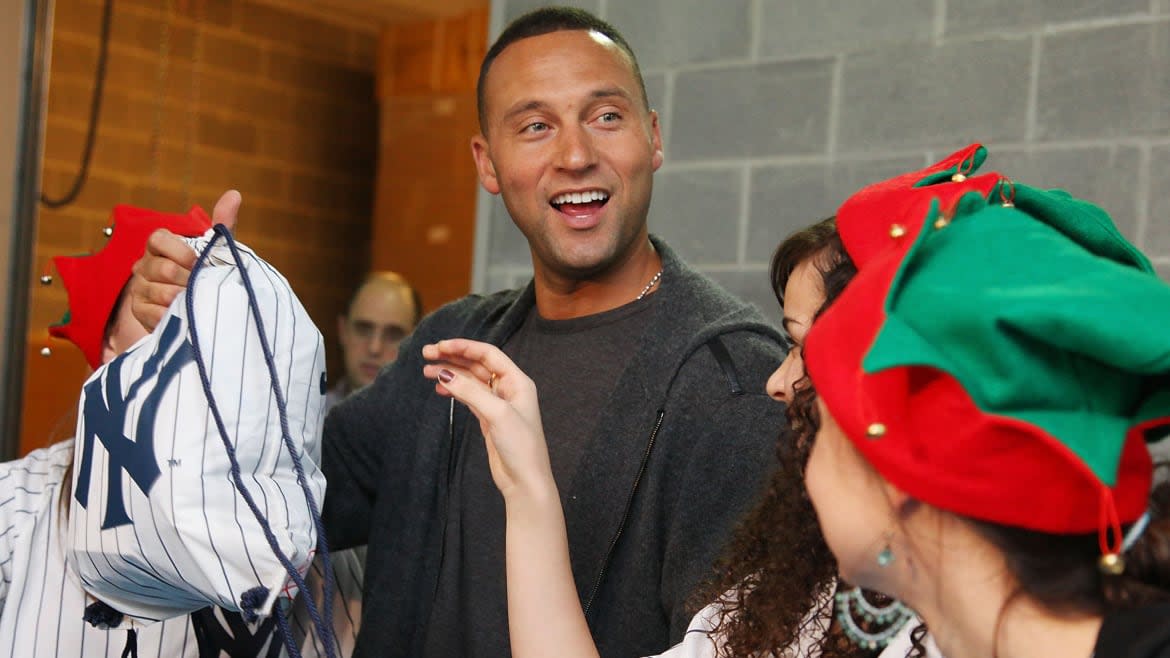 Derek Jeter was not only a consummate professional on the field, where he logged over 3,000 hits, 14 All-Star selections, five Gold Gloves, five World Series championship rings, and will go down as one of the greatest New York Yankees to have ever played the game, but away from the ballpark as well.

Yes, the Yankee captain loved to party, but he had a knack for keeping his name away from tabloid headlines. “Anything I was doing, I was trying to hide it,” he says in The Captain, a seven-part docuseries premiering July 18 on ESPN.

Directed by Randy Wilkins and produced by Spike Lee, The Captain stresses how Jeter was able maintain a firm handle on his off-field image via a series of clever tricks— deliberately crafting a vanilla public persona by answering all media questions while giving them very little. He also artfully dodged a number of precarious situations—including a nightclub shooting on Dec. 27, 1999, that ensnared Diddy, his then-girlfriend Jennifer Lopez, and the rapper Shyne.

“We was at a place called Cronies having a bite to eat and Puff hit me on the Skytel Motorola pager, and he said, ‘Me and J. Lo are gonna be here tonight. This is where we’re going: Club New York…Bring Derek here tonight,’” recalls Mike Evans, a close friend of Jeter’s. “And Derek said, you know what man? I’m gonna go to bed. I got a game tomorrow. We just missed going by an inch.”

Jeter often found himself frustrated by the New York tabloid media, believing them guilty of applying a double standard.

“Members of the media—they didn’t go around asking Bernie [Williams] what he and his wife did the night before. They didn’t go out and ask Tino [Martinez] or Paul O’Neill where they went to eat, and how late they were there, and who they were with,” Jeter explains. “So, I just didn’t think it was fair to ask me. You know, I think you have to draw the line. I drew the line at a very young age and I just wasn’t going to let them cross it.”

Despite dating a bevy of famous beauties—Mariah Carey, Jessica Alba, Jessica Biel, Scarlett Johansson, Minka Kelly, and Adriana Lima among them—No. 2 managed to keep the media at arm’s length when it comes to his personal life. That all changed in 2011, when The New York Post ran a story accompanied by the splashy headline, “JETER’S BOOTY HAULS.” The piece alleged that Jeter had been “bedding a bevy of beauties in his Trump World Tower bachelor pad—and then coldly sending them home alone with gift baskets of autographed memorabilia”—and accidentally gave the same woman identical swag.

“Derek has girls stay with him at his apartment in New York, and then he gets them a car to take them home the next day. Waiting in his car is a gift basket containing signed Jeter memorabilia, usually a signed baseball,” a friend of the woman told the Post. “This summer, he ended up hooking up with a girl who he had hooked up with once before, but Jeter seemed to have forgotten about the first time and gave her the same identical parting gift, a gift basket with a signed Derek Jeter baseball.”

In The Captain, Emily Smith, the New York gossip maven and writer of the piece, explains that they got a call from a woman who “described two occasions when she got the memorabilia,” and that she “saw some pictures of it, but we didn’t publish them.” But she later admits that it was never confirmed whether the woman was just visiting Jeter or slept with him.

While Jeter chose to ignore the story at the time, he finally addresses the wild rumor that’s followed him for the past decade-plus in the film.

“Yeah, I read the article. Yeah, of course,” says Jeter. “You know, you see it, and then it’s like, how the fuck did people come up with this? You know, basically, that’s it. And who would believe this shit? And you believed it!”

He continues: “I remember being at a Starbucks one time and there’s some random guy behind me and he says, ‘Hey, I just want to let you know that I’m giving out gift baskets because you did.’ And I turned around and said, ‘You’re a fuckin’ idiot!’ and the look on his face…like, did he think I was gonna say, ‘Yeah, good job, man!’”