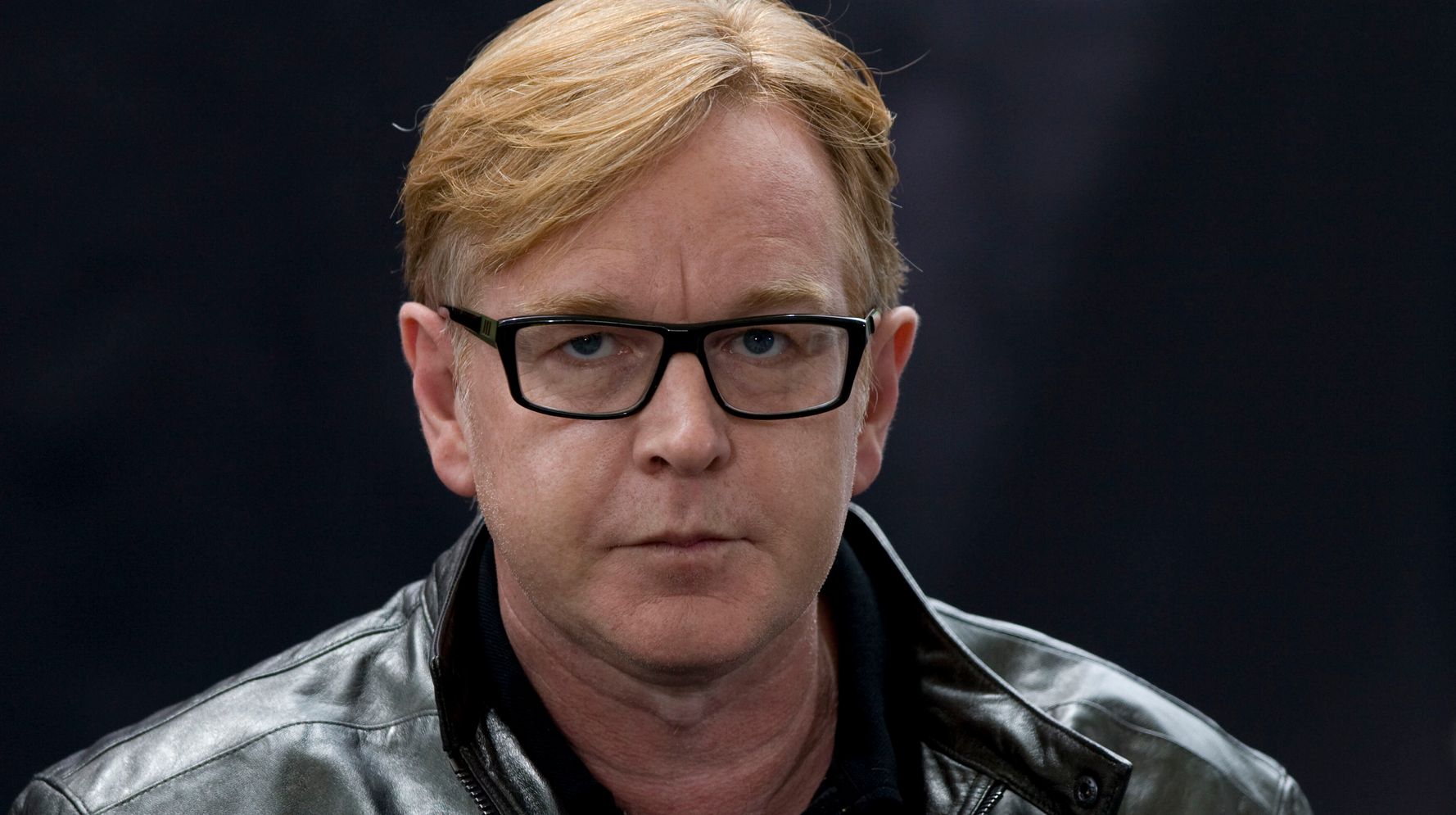 A person close to the band said Fletcher died Thursday from natural causes at his home in the United Kingdom. The person spoke on condition of anonymity because they were not authorized to speak publicly.

“We are shocked and filled with overwhelming sadness with the untimely passing of our dear friend, family member and bandmate Andy ‘Fletch’ Fletcher,” the band’s posts said. “Fletch had a true heart of gold and was always there when you needed support, a lively conversation, a good laugh, or a cold pint.”

The band would break out a year later with their debut album “Speak and Spell,” which opened with the modest hit “New Life” and closed with one of the band’s enduring hits, “Just Can’t Get Enough.”

Clarke would leave the group and be replaced by Alan Wilder after the album.

The group would find international success with 1984′s “Some Great Reward” and the single “People are People,” and their prominence would only grow throughout the 1980s and early 1990s.

Fletcher would lend his keyboards to classic albums including “Music for the Masses,” “Black Celebration” and “Violator.”

The first of these led to a world tour that brought a live album, a documentary, and a legendary concert at the Rose Bowl in Pasadena, California, that represented the pinnacle of the band’s prominence.

The bespectacled redhead with a penchant for chess, Fletcher assumed a low-profile in the group. He did not sing or write songs, and his face never as familiar as those of his bandmates.

“Martin’s the songwriter, Alan’s the good musician, Dave’s the vocalist, and I bum around,” he said in the tour documentary, “101.”

But Fletch was a uniting figure and often the tiebreaking vote in the squabbles of his more famous bandmates.

He also occasionally played bass in the band.

His death leaves Gahan and Gore as the only permanent members.

Fletcher’s musical peers paid him tribute as word of his death spread.

The Pet Shop Boys said on Twitter that he was “a warm, friendly and funny person who loved electronic music.”

We’re saddened and shocked that Andy Fletcher of Depeche Mode has died. Fletch was a warm, friendly and funny person who loved electronic music and could also give sensible advice about the music business. pic.twitter.com/tOMQaeaFoc

Orchestral Maneuvers in the Dark tweeted that he was a “beautiful person in an amazing band.”

The eldest of four siblings, Fletcher was born in Basildon and raised in Nottingham, England.

He became childhood friends with Clarke, and with singer Alison Moyet, who would form Yazoo (known as Yaz in the U.S.) with Clarke after he left Depeche Mode.

“Since we were 10,” Moyet tweeted Thursday. “Same estate. Class mates to label mates. He who kept faith with all the old gang and they with him. It doesn’t compute. Fletch. I have no words.”

As teens, Fletcher and Clarke would form the short-lived group “No Romance.”

With Gore, who Fletcher met at a pub in Basildon in 1980, they formed the trio Composition of Sound, with all three playing synthesizer. Gahan was recruited into the group later in the year, and the name was changed to Depeche Mode.

Fletcher would remain with the group until his death, though reported struggles with depression in 1994 spurred him to sit out part of a tour.

He started his own record label, Toast Hawaii, in 2002, releasing an album by the band CLIENT.

Fletcher would perform DJ sets at the band’s live shows, which he continued to do at festivals and clubs after he and CLIENT parted ways.

Fletcher is survived by his wife of nearly 30 years Gráinne Mullan, and their children Megan and Joe.