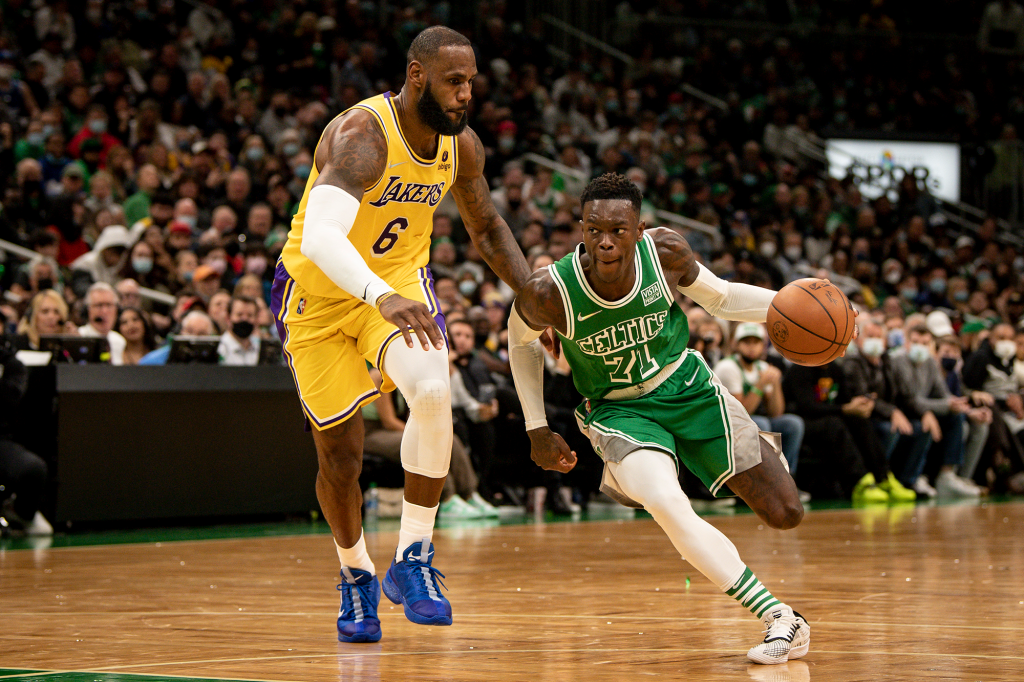 Dennis Schroder shocked many across the NBA when he rejected a four-year contract extension with the Los Angeles Lakers worth up to $84 million in 2021. A year later, however, it seems as though the 28-year-old is interested in reuniting with his former team.

Schroder took to Instagram on Tuesday morning to share a trick shot clip alongside European power forward Rupee Kolawole. The video caught the attention of his former teammate, LeBron James, who commented “Tuff!” alongside three fire emojis. Schroder responded shortly after, writing, “might gotta run it back ?!” accompanied by a crown emoji.

While starting in 61 games for the Lakers during the 2020-2021 season, Schroder averaged 15.4 points, 5.8 assists and 3.5 rebounds. His strong play earned him the aforementioned extension, which the point guard turned down in the hopes of earning an even greater deal after a deep playoff run.

It didn’t work out that way.

Following the Lakers’ loss to the Suns in the first round of the playoffs, Schroder was left with fewer suitors than he anticipated. He settled for a one-year, $5.9 million contract with the Boston Celtics.

Schroder was later traded to the Rockets ahead of last season’s trade deadline, but he struggled to get consistent playing time.

With Russell Westbrook struggling mightily last season and his name recently surfacing in trade rumors, perhaps a Lakers-Schroder reunion could come to fruition. Los Angeles even had interest in bringing the point guard back last season, reportedly offering a package of second-round picks and minimum contracts.

For now, Schroder can only wait by the phone as he sits on the free agent market.