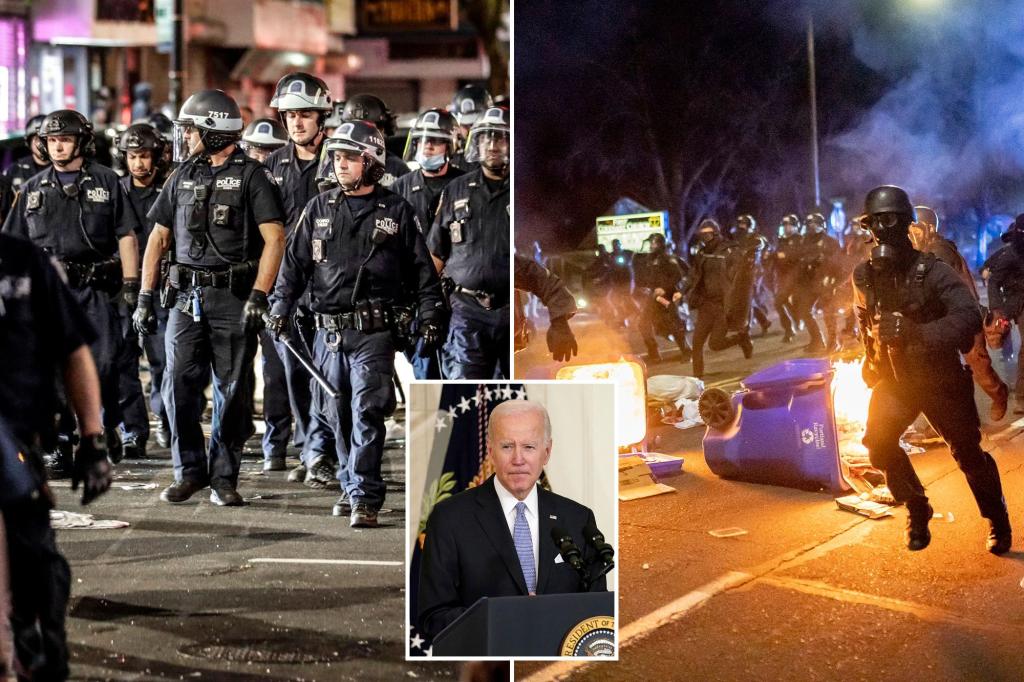 How stupid does the White House think Americans are? President Joe Biden wants to persuade the country that during the last two years of record crime increases, it is Democrats who have supported the police and “taken action to fight crime,” in the words of a White House official, while “Republicans have opposed these efforts at every turn.”

Such was the argument that would have attended the release of the president’s Safer America Plan on Thursday, had the president’s COVID diagnosis not cancelled a Pennsylvania speech in which he was set to announce the $37 billion proposal. The White House was lucky in a way, since the premise of the announcement — that Biden and his fellow Democrats, not the GOP, represent the law-and-order party — would have been too ludicrous for even a reality-challenged executive branch to sustain.

Spooked by the never-ending crime surge that began with the George Floyd race riots, senior Democratic advisors are now trying furiously to demonstrate that Democrats place a high priority on public safety and thus should not be booted from office this November. Never mind that the fiery summer of 2020 and its long aftermath of rampant looting and shooting elicited a collective yawn from the Democratic elite, which saw in the anarchy an understandable response to alleged racial injustice.

Biden regularly denounced police racism as a presidential candidate and continued to impugn the police for biased and brutal law enforcement upon entering the White House. These charges are false: In 2021, a police officer was 400 times as likely to be killed by a black suspect as an unarmed black individual was to be killed by the police. Fatal police shootings make up a much smaller percentage of black homicide deaths than they do white and Hispanic homicide deaths.

Yet Biden’s phony narrative about America’s law enforcement officers resulted in widespread depolicing and a flight from the profession. New York, Chicago, Atlanta, Kansas City, Seattle, Portland, San Diego, and Dallas, among many other cities, are seeing record or near record levels of officer resignations, leaving police departments struggling to respond to 911 calls, much less prevent crime before it happens.

So now Biden is calling for the hiring of 100,000 additional police officers as part of his Safer America Plan. Good luck with that. As recently as May 2022, Biden released an executive order alleging that the police disproportionately kill “Black and Brown people” and that there is “systemic racism in our criminal justice system.” The May 2022 order called for “ending discriminatory pretextual stops” — code for ending all remaining proactive stop activity. It called for increased investigations of police departments for civil rights violations.

The recruiting and retention crisis in policing is not an economic problem, it is a problem of morale. Throwing federal taxpayer dollars at local police departments will not help them restock their ranks as long as officers continue to face the charge that they are racist for fighting crime where it occurs most intensely — in minority neighborhoods.

Biden’s “Let’s Bail Out the Midterms” plan (a k a the Safer America Plan) preserves a distinction favored by seasoned cop-bashers to try to give themselves crime-fighting cred: The police should “focus on violent crime,” in the words of the Safer America Plan, while, in essence, not sweating the small stuff. But it is precisely the enforcement of public order laws that is the key to public safety.

On July 7, a 15-year-old squeegee extortionist in Baltimore fatally shot a 48-year-old driver who had confronted him and his peers; the teen pumped four additional bullets into the driver as he lay wounded on the ground.

“Broken Windows” enforcement that would address the squeegee scourge and other street disorder has fallen off sharply in the post-Floyd world. Biden would actually contribute to public safety if he called for a return to Broken Windows enforcement and if he repudiated the argument, embraced by left-wing prosecutors across the country, that such policing is racially biased.

Until Biden affirmatively walks back his rhetoric of the last three years, however, his and the Democrats’ effect on public safety will continue to be dire.