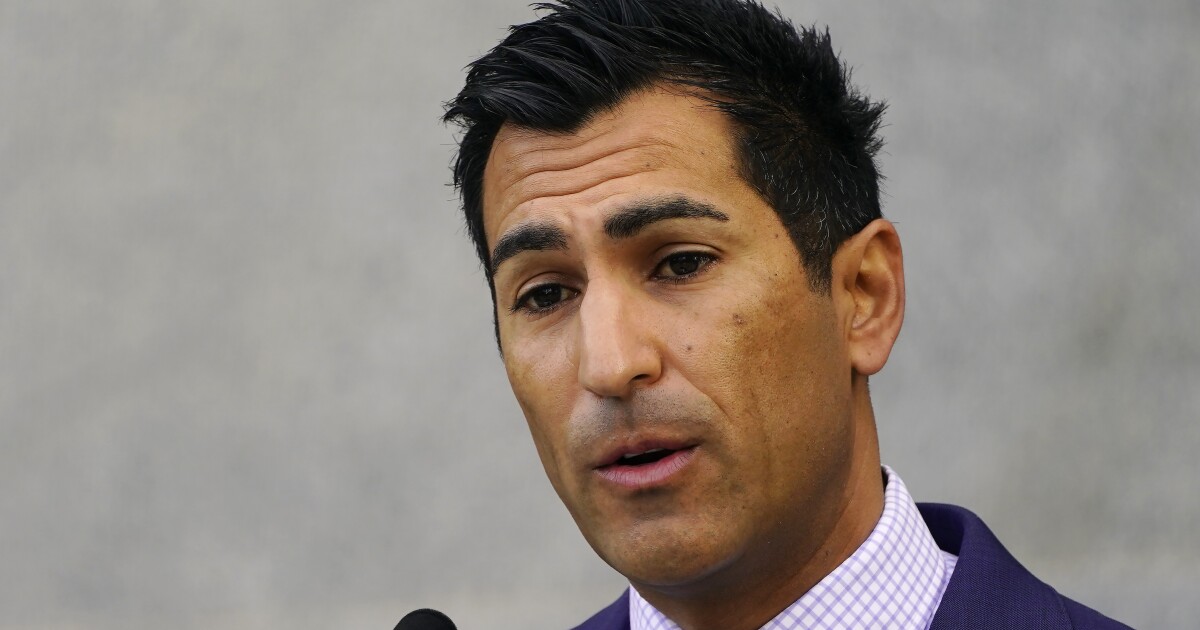 Robert Rivas, a San Benito County Democrat and an advocate for farmworkers, secured the support Tuesday from his current Democratic colleagues to become the next speaker of the California Assembly.

The announcement was made Tuesday night in a joint statement with Speaker Anthony Rendon (D-Lakewood) at the conclusion of a lengthy closed-door meeting of Assembly Democrats, capping off a tumultuous few days as they each sought control of the lower house.

The two legislators offered no timeline for a transition of power to Rivas, who said the caucus wants to keep Rendon in charge until at least the end of the legislative session in August. The statement was not clear on when Rivas would succeed Rendon or how long he will have to hold his supporters together to officially secure the job.

“I applaud Robert Rivas for securing the support of a majority of the current Democratic Caucus to succeed me as Speaker of the Assembly,” Rendon said in the statement.

“I agree with the majority of our current caucus that Speaker Rendon should remain as Speaker for at least the rest of this legislative session,” Rivas said. “I look forward to working with him for the betterment of California and the unity of the Assembly Democratic Caucus.”

The November election will bring a new crop of lawmakers to the Assembly to fill seats left vacant by legislators who have resigned, termed out, or declined to run for reelection. Rivas could have to earn the support of incoming lawmakers later this year if he is not officially confirmed as speaker before they take the oath of office in December.

The ascension of Rivas would signal the beginning of the end of Rendon’s more than six years as the most powerful legislator in the lower house and the longest-serving California Assembly speaker in the last quarter of a century.

Leadership changes in the Legislature are often negotiated in private and announced in a joint statement between the outgoing and incoming leader. But Rivas’ effort to replace Rendon turned into an unusual power struggle.

Rivas, 42, first approached Rendon on Friday, claiming to have secured commitments of support for his bid to become speaker from a majority of Assembly Democrats. But Rendon initially rebuffed Rivas’ attempt to be acknowledged as his successor.

Several hours after the contentious meeting on Friday, Rivas sent out a press release announcing that he had “secured enough votes from members of the Democratic Caucus to become the next Speaker of the California State Assembly.”

All members of the Assembly, regardless of party, vote on the choice of the house’s speaker. Typically a formal vote to elect a speaker takes place when a new legislative session convenes and a leadership transition is put in place, but aspiring leaders sometimes push for an informal agreement when they earn enough support in the majority caucus.

Both lawmakers worked to shore up support to their side over the weekend, while some of their allies launched blistering attacks on social media.

Rendon’s supporters wanted to postpone the caucus until after Tuesday’s floor session ended. A few Republicans joined Rivas’ group of progressive and moderate allies in a series of procedural votes to convene a caucus, in which Democratic lawmakers spent several hours discussing the potential speakership succession. Lawmakers said that no vote was taken in that meeting.

The expected change would mark a power shift in the Legislature and likely lead to a shuffling of committee chairs and other key positions. Whether there’s a substantial policy difference between Rivas and Rendon remains to be seen.

A cornerstone of Rendon’s leadership philosophy has been to delegate his office’s power, giving committee chairs more control over the fate of legislation. As opposed to a top-down style favored by some Assembly leaders in the past, his approach made committee chairs more influential with interest groups at the state Capitol and, in turn, made those lawmakers among his most powerful allies.

Rivas was elected in 2018. The Latino lawmaker’s Assembly biography says he was raised by his single mother and grandparents in Paicines, where his grandfather was a farmworker. He was elected to the San Benito County Board of Supervisors in 2010 and served two four-year terms. His current Assembly district, considered a safe Democratic seat, includes Big Sur, Gilroy, Salinas, Watsonville and a smattering of other communities along the Central Coast.

The California Labor Federation, an umbrella organization that represents more than 1,000 labor unions and 2 million workers, gave Rivas a 95% voting score during his time in the Assembly, which means he has backed nearly all labor proposals that came before him.