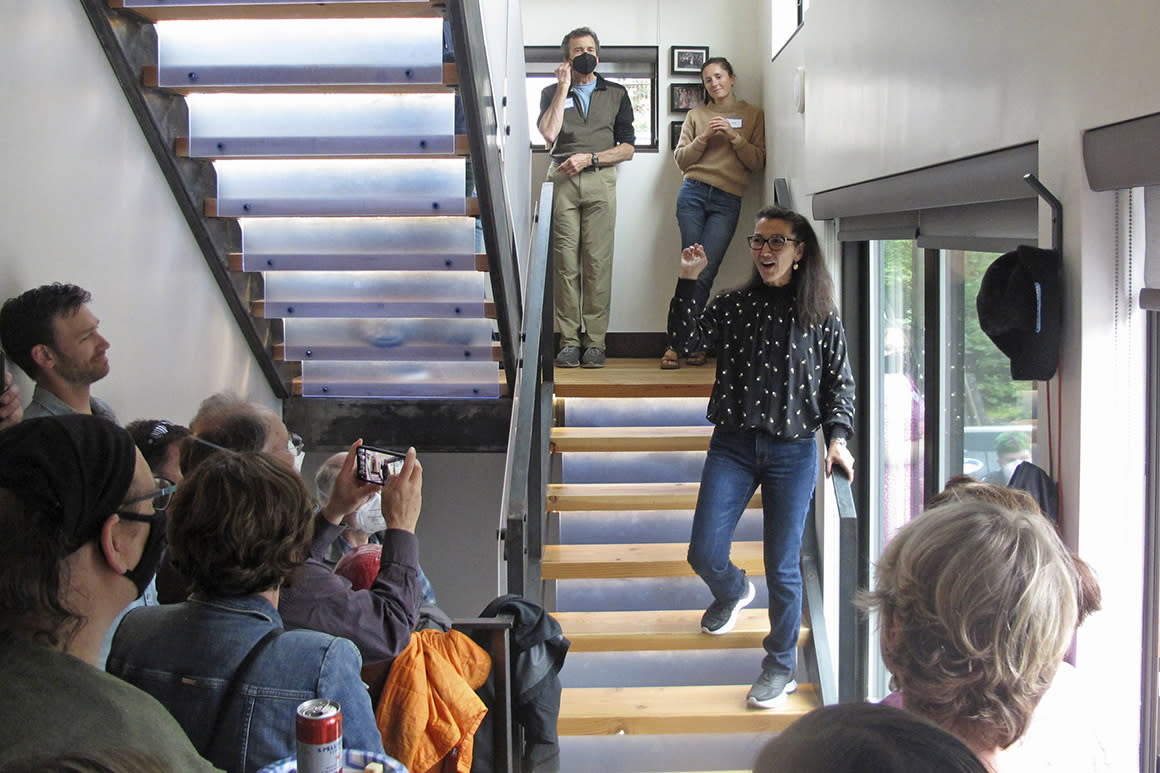 Democrat Mary Peltola has defeated Republican Sarah Palin in the special election for Alaska’s vacant House seat, a big upset over the former governor in the state’s first election under ranked-choice voting.

Peltola, a former state legislator who will become Alaska’s first indigenous member of Congress, defeated a special election field that included Palin and another Republican, Nick Begich III. The Democrat finished first in the initial tally and then won enough second-choice votes from Begich’s supporters to see off Palin, who had former President Donald Trump’s endorsement and previously won a statewide campaign in 2006.

Palin was making her first run for elected office since resigning as Alaska’s governor in 2009, a year after she was nominated as John McCain’s vice-presidential running mate.

Defeat for Palin closes the door on an immediate political comeback — but she is also on the ballot in Alaska’s regularly scheduled congressional election this fall, when the winner will earn a full two-year term.

Peltola’s victory is the latest in a string of overperformances for Democrats in special congressional elections since the Supreme Court’s ruling overturning Roe v. Wade, though Alaska’s ranked-choice system and Palin’s big personality were unusual factors here. Peltola ran as an advocate for preserving abortion rights, as well as protecting the environment and leaning into local issues, like addressing a salmon shortage in Western Alaska.

The Democrat was outspent 4-to-1 by Palin.

Peltola is a part of the Yup’ik indigenous community and has also served as the executive director of the Kuskokwim River Inter-Tribal Fish Commission, bridging over 100 tribes together in Western Alaska.

More than 45 candidates entered the special election for Alaska’s lone congressional district earlier this year, where four finalists were named for the special general in mid-August. And Palin wasn’t the only famous name: Begich is a member of a storied political family in the state.

The Republican is a nephew of former Democratic Sen. Mark Begich and state Senate Minority Leader Tom Begich, and he is the grandson of former Democratic Rep. Nick Begich, who once held Alaska’s House seat and was declared dead after his plane went missing while campaigning in 1972.

Alaska’s election to replace the late GOP Rep. Don Young took place a couple weeks ago, but mail-in ballots across the vast state have been coming in since then. Then, the ranked-choice system has kicked in: Under Alaska’s new electoral system, if a candidate does not receive a majority of first-place votes, ballots are retabulated — so support for the lowest vote-getter goes to those voters’ next choice — until a majority winner emerges. The voting system was passed into law in 2020.

While Palin has been out of office for years, she never fully closed the door on a return to politics. Palin had contributed to Fox News as a political commentator in the mid-2010s and bought a home in Arizona in 2011, before selling it several years ago. She also launched a high-profile defamation lawsuit against The New York Times, which she lost earlier this year.