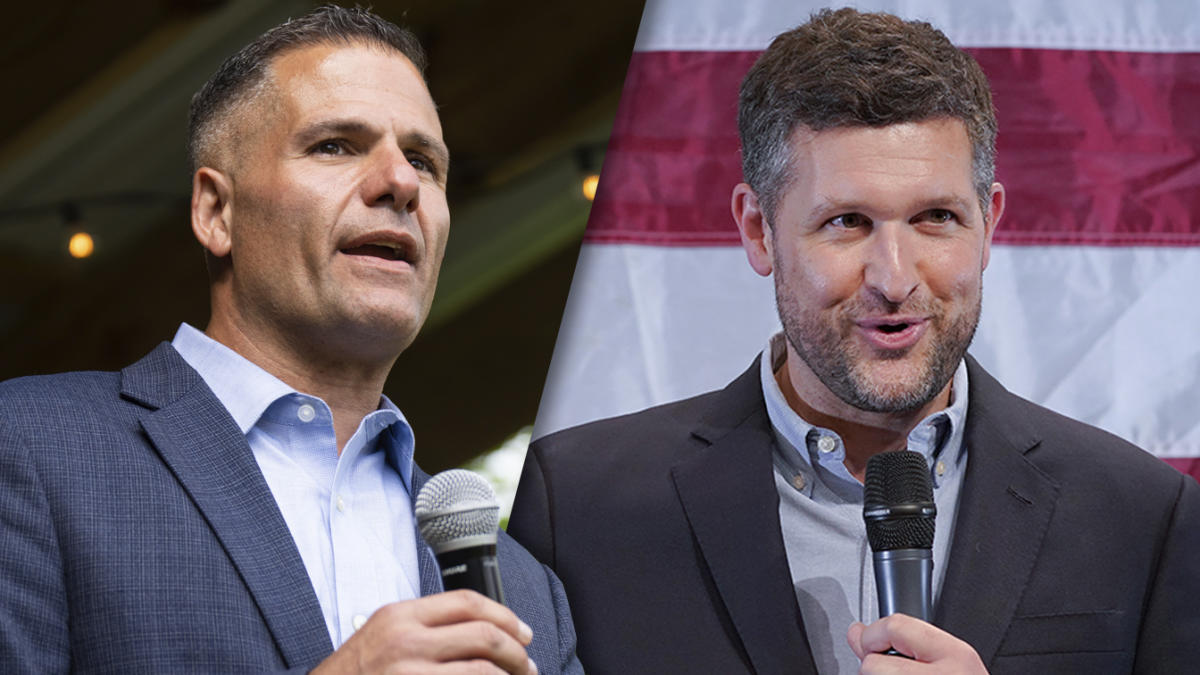 Democrat Pat Ryan has won a special election for New York’s 19th Congressional District in a race that garnered national attention ahead of November’s midterm contests.

The contest was seen as a bellwether of the national mood because Ryan had focused on abortion rights while his opponent, Republican Marc Molinaro, had tried to run on issues embraced by the GOP nationwide, such as crime and inflation. Ryan’s victory will likely buoy Democratic hopes that they can retain control of Congress in November despite historical trends, high inflation and President Biden’s low approval rating.

Ryan, the executive of Ulster County, surged late in the race for the district that stretches up the Hudson Valley north of New York City. Molinaro, the executive of Dutchess County, was the GOP’s nominee for governor in 2018.

Ryan’s campaign revolved almost entirely around abortion rights. Within an hour of the Supreme Court announcing its decision to overturn Roe v. Wade, Ryan had released his first ad, highlighting his time in the military history before turning to abortion.

“Freedom includes a women’s right to choose,” Ryan asked. “How can we be a free country if the government tries to control women’s bodies?” And his yard signs were emblazoned with a simple slogan: “Choice is on the Ballot.”

Molinaro’s position on abortion rights was moderate by Republican standards, saying that he opposed a federal ban and supported exceptions for rape, incest and the health of the mother.

But Democrats said that Molinaro’s deference to the states and refusal to say whether he’d vote to codify abortion rights at the federal level meant he couldn’t be trusted, citing his opposition to allowing Medicaid funds to be used for the procedure while serving in the state assembly. They also criticized Molinaro for his appearances with Rep. Elise Stefanik, a New York Republican who’s become one of the staunchest supporters of former President Donald Trump in the House.

Republicans attempted to make the race a referendum on Biden while portraying Ryan as a progressive on criminal justice issues. The National Republican Congressional Committee spent more than $1 million on an ad that includes the narrator saying of Ryan: “Hurting cops. Helping criminals.”

The seat became vacant when Democratic Rep. Antonio Delgado, who had won the district in 2018, left to become New York’s lieutenant governor.

New York’s 19th is an increasingly rare example of a true swing district. President Barack Obama, a Democrat, carried it twice in 2008 and 2016. It then voted for President Donald Trump before going for Biden in 2020.

Democrats hope abortion rights will galvanize their voters in other contested districts this November. Ryan’s victory comes after the sound defeat of an anti-abortion ballot initiative earlier this month in Kansas, along with closer-than-expected races in Nebraska and Minnesota that seemed indicative of Democratic strength.

Regardless of Ryan’s victory, however, a recent redrawing of New York’s congressional districts means that he is only assured of a congressional seat for a few months. In November, Ryan will be running in the new, Democratic-leaning 18th district where his home is located, while Ryan is expected to compete for the new 19th district seat, leaving open the possibility that both men find themselves serving in the House next year.