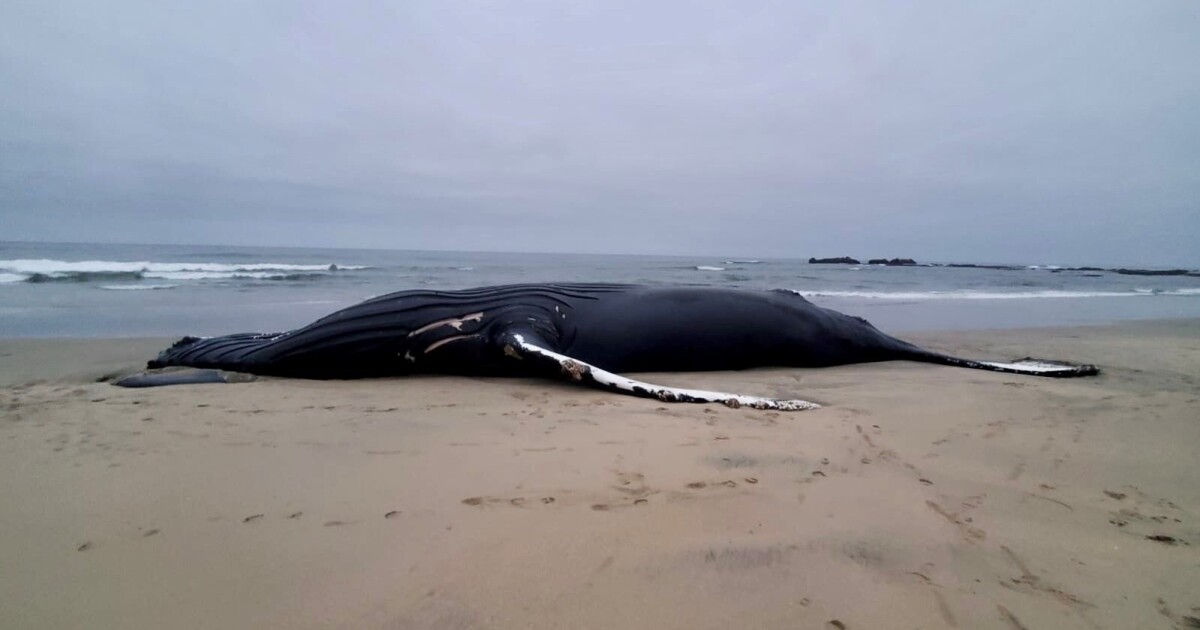 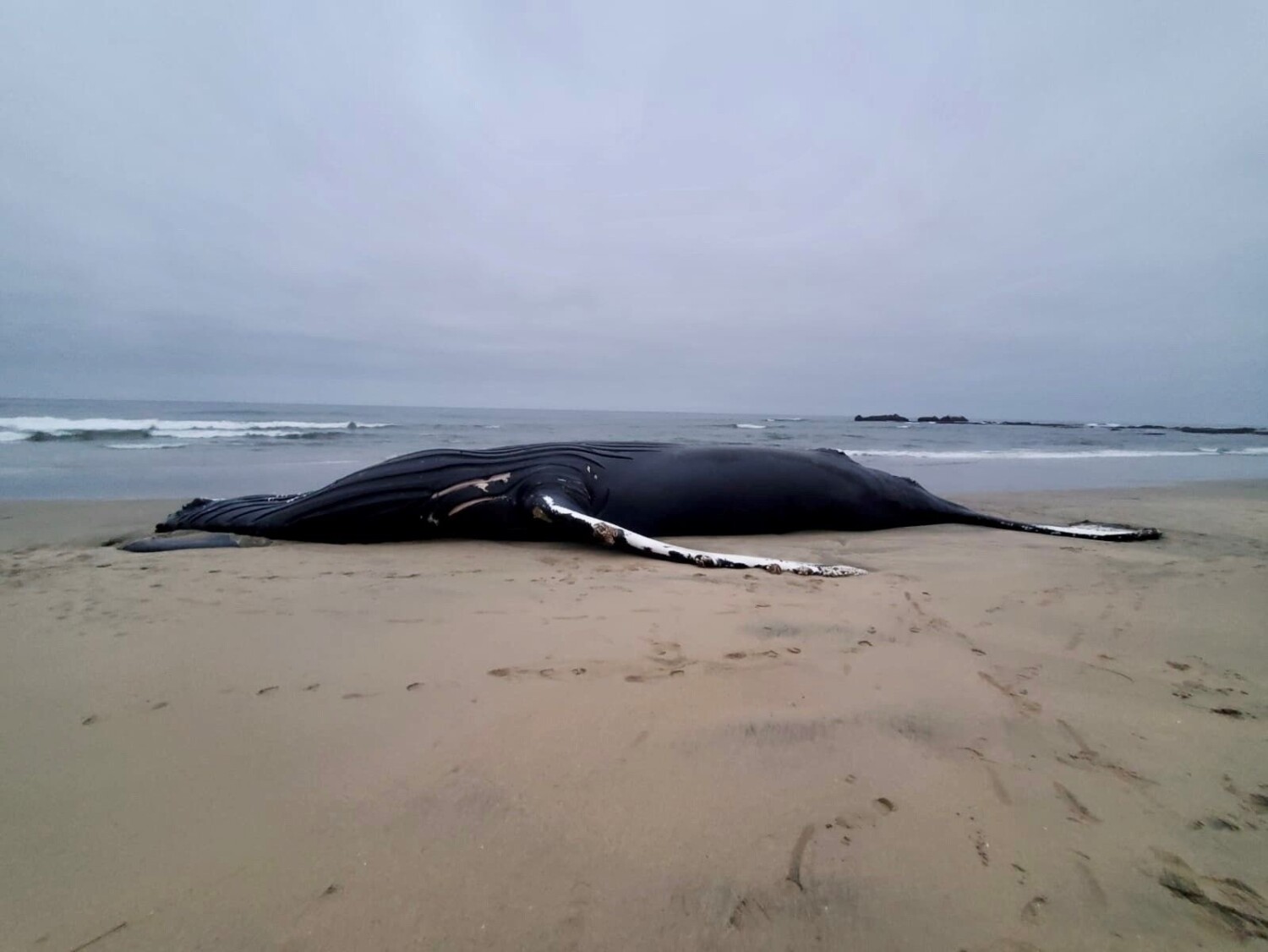 At the time of its death, the female humpback whale was by all accounts healthy.

It was about average at 49 feet in length, with ample amounts of blubber and fat reserves, and likely was spending its summer off California to feed before heading south in winter toward the Baja California coast for mating season.

But sometime this summer, a ship struck the endangered whale, leading to its death, marine experts said.

Beachgoers first spotted the whale on Sunday, as tides carried its bloated carcass ashore on Half Moon Bay’s Manhattan Beach.

A team from the Marine Mammal Center, based in Marin County, was dispatched to conduct a necropsy on the humpback whale.

Experts noted that the whale had a massive contusion over its right chest, and its skull and upper vertebrae were dislocated from its spine.

“These findings, combined with overall excellent body condition, strongly implicates blunt-force trauma associated with a ship strike as this whale’s cause of death,” said Dr. Pádraig Duignan, director of pathology at the Marine Mammal Center.

Humpbacks are among the most endangered whales, with only 10% of their original population remaining, the center said. Among a global population of 35,000 to 40,000, nearly 3,000 humpback whales live off the western coast of North America.

The carcass found Sunday was the 10th dead whale reported in the San Francisco Bay Area this year, and the third dead humpback whale, according to the Marine Mammal Center. The other seven were gray whales, which have been washing ashore in greater numbers since early 2019, prompting the the National Oceanic and Atmospheric Administration to declare an ongoing “unusual mortality event” along the West Coast.