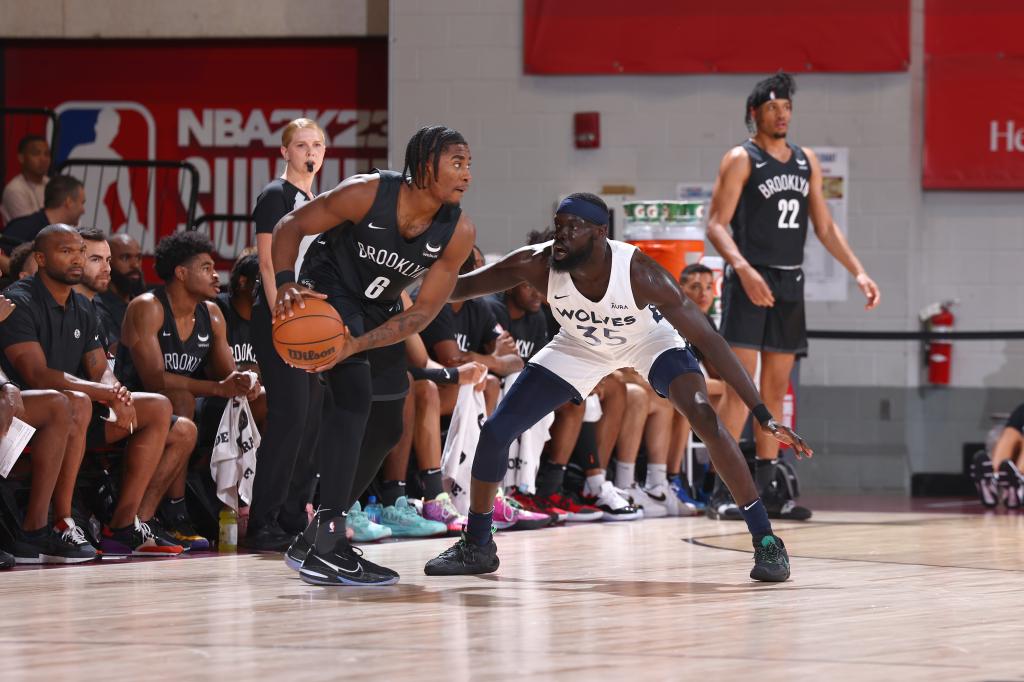 With NBA Summer League in Las Vegas, it was fitting that David Duke Jr. bet on himself.

He played the hand he was dealt about as well as he could. Now he’ll wait to see if it was enough.

When the Nets offered Duke a two-way contract, he turned it down in hopes of getting a standard deal. He went to summer league as a free agent, knowing a poor performance could lead to Brooklyn pulling even that offer.

That seems unlikely, however, with Duke appearing the most-improved of Brooklyn’s quintet of rookies from last year. Whether he joins current rookie Alondes Williams as the second two-way or lands the desired standard deal, he clearly helped his standing.

“I’m always going to strive for the most that I can get, right? So if there’s a [standard] roster spot to strive for that, then whatever happens from there, happens. But I’m just out here trying to play the best that I can, show what I can bring to Brooklyn, to whoever. And that’s just my mindset,” Duke said. “It’s just me trying to show my team that I’m with right now what I can do.”

What Duke showed was the strides he’s made since last summer. After averaging 7.3 points, 1.3 assists and 0.3 steals in his rookie summer league, he bumped those stats up to 19.0 points, four assists and 1.4 steals with some feisty defense.

Duke closed out summer league with 24 points, five assists and five rebounds against the Celtics on Saturday, while his strong drives were among the highlights for Brooklyn. His shooting still leaves much to be desired, but he managed to walk the fine line between aggression and doing too much in pursuit of that standard contract — in Brooklyn or elsewhere.

“The great thing is I haven’t noticed anything other than complete professionalism and dedication to playing well, and doing everything we asked of him: Attacking and being aggressive within the team framework,” summer league coach Adam Caporn said. “I just love what he’s doing defensively, picking the ball up, setting the tone. He’s doing everything the right way. And I’m happy for him.”

“Specifically, Blake Griffin, I can give him credit. During the year we were playing in pickup and he told me, ‘Use your aggression to make your plays for you. You have good instincts: Use that. Let that be your go-to.’ From there on, I just always try to tell myself that going into a game.”

The 6-foot-5 combo guard not only met Boston’s Mfiondu Kabengele at the rim in the third quarter of the finale, but had dunked on the 6-10, 250-pound center in the first half.

“Finishing was something coming into this offseason I made sure was a priority to work on,” Duke said. “Credit to the coaching staff, they’ve done a great job. I’ve been with them the past couple months, really working a lot around the rim.”

Duke drew at least some interest from Toronto, who had offered him a summer league deal. The Providence product made his first NBA start against the Raptors on Dec. 14 and perhaps his 10 points, 13 boards, two steals and two blocks left an impression.

But it was leaving an impression on Brooklyn that was the primary mission in Las Vegas.

“Just to show what I’ve been working on,” Duke said. “I’ve been with them the past couple months, putting a lot of work. So, coming out here being able to put it to work, put it to the test and see how I’m improving, that was a big thing for me to show them how I can contribute with the Brooklyn team.”