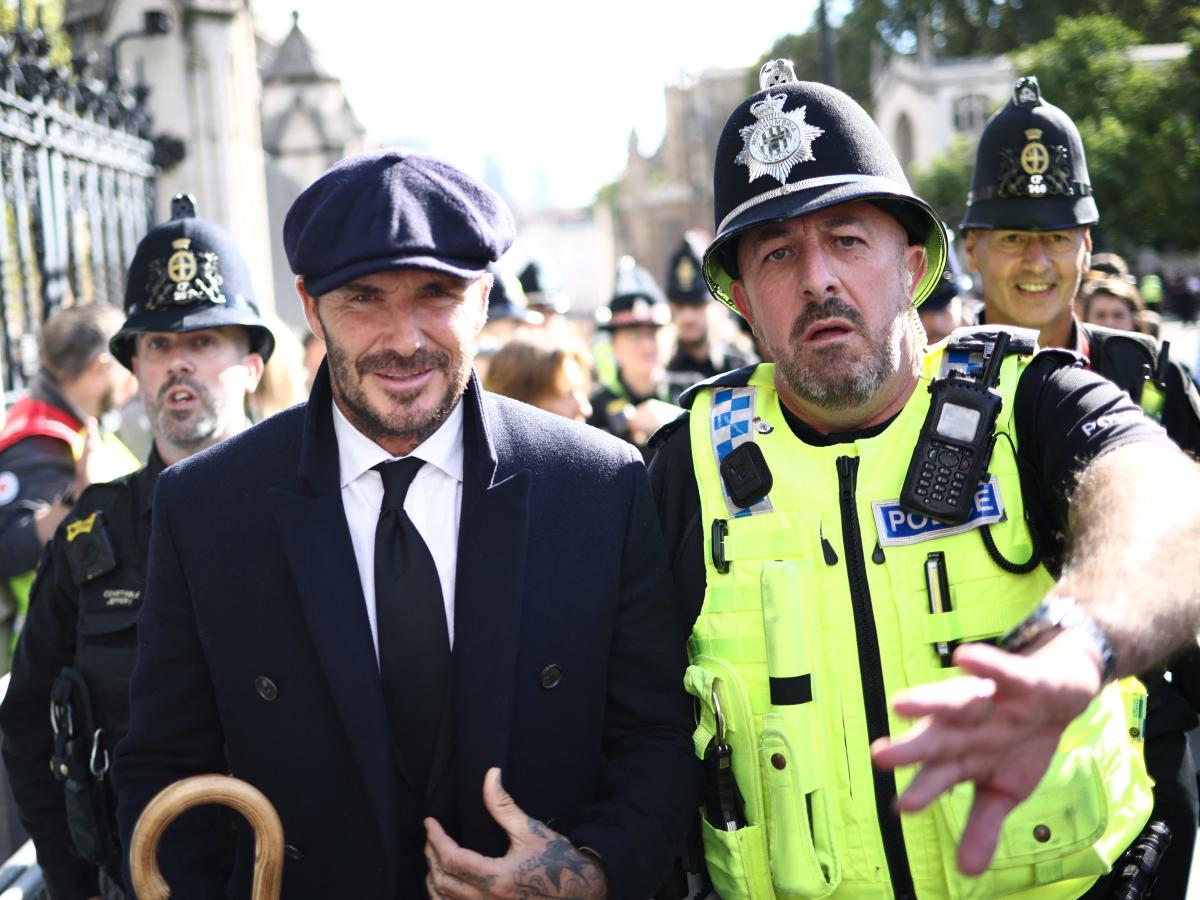 David Beckham joined the hours-long queue to pay respect to Queen Elizabeth II on Friday morning as her coffin continues to lie in state at Westminster Hall.

The soccer star told ITV broadcasters on Friday that he grew up a huge “fan of the royal family,” which is why he wanted to pay tribute to the Queen while her coffin sits in Westminster Hall. The casket of the monarch, who died aged 96 on September 8, was brought there from Buckingham Palace on Wednesday, where it will remain until her funeral on Monday.

Speaking to ITV, Beckham, 47, said he thought that by joining the queue at 2 a.m., he might have been able to avoid crowds.

“I thought by coming at 2 a.m. it was going to be a little bit quieter. I was wrong,” he said. “Everybody had that in mind.”

“The people here are all ages. There was an 84-year-old lady walking around. There was a 90-year-old gentleman walking around,” Beckham added. “Everybody wants to be here to be a part of this experience and celebrate what Her Majesty has done for us.”

Photos of Beckham have also been shared across Twitter. One user, Christopher Anstee, shared a selfie he took with the soccer star, showing Beckham chose to wear a formal suit, black tie, and flat cap for the occasion.

During his ITV interview, Beckham also went into detail about his personal experiences meeting the Queen when he was made an OBE, an honor given to those who have completed an “outstanding achievement or service to the community,” in 2003, according to the BBC.

“To step up, I have my wife there as well, to get my honor and to speak to Her Majesty. To ask a question. I was so lucky to have a few moments like that in my life,” the former England soccer team captain said.

Beckham’s decision to wait in the queue with the public comes as Sky News reported that some British politicians have been allowed to skip the line.

Representatives for Beckham did not immediately respond to Insider’s request for comment.