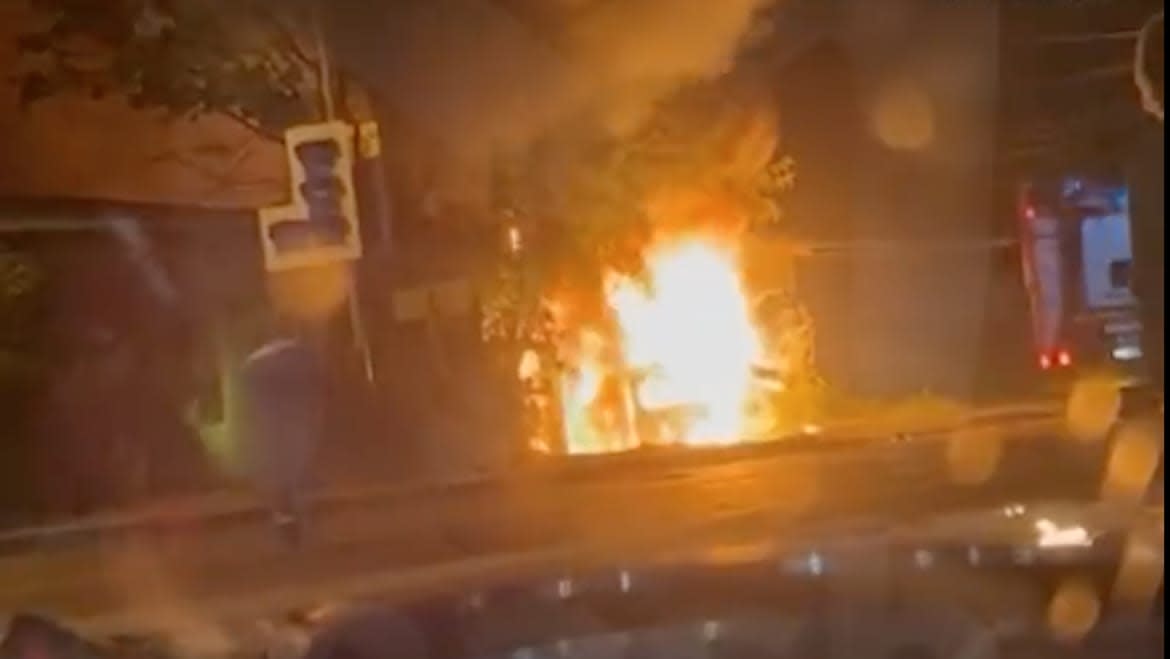 The daughter of a far-right Russian ideologue commonly known as “Putin’s brain” for his purported influence over the Russian president’s fascist views was reportedly killed in a car bombing outside Moscow late Saturday.

Images of the blast were widely circulated on Telegram by the news outlets Baza and 112, which reported that Darya Dugina, the daughter of Alexander Dugin, was killed instantly in the explosion. Russia’s TASS news agency cited law enforcement sources who confirmed that a Toyota Land Cruiser Prado had blown up, but they did not confirm the identity of the driver, only describing the victim as female. A man identified by TASS as an acquaintance of Dugina, however, confirmed that she was killed.

The Russian news outlet Baza reported that Dugina, 30, had been returning home from a literature and music festival called “Tradition” when the blast occurred. She reportedly was behind the wheel for only 10 minutes before the detonation.

Alexander Dugin was meant to be in the vehicle his daughter was driving but had gotten in a different one at the last second, according to Pyotr Lundstrem, a Russian violinist quoted by the outlet.

Dugin had reportedly been following right behind his daughter and had watched as her car exploded. Photos shared by Baza appeared to show Dugin distraught at the scene, holding his head in both hands as he stood in front of the fiery wreckage.

Denis Pushilin, the Russian proxy leader of Ukraine’s occupied Donetsk, angrily blamed “terrorists of the Ukrainian regime” for the blast, writing on Telegram that they had been “trying to liquidate Alexander Dugin” but “blew up his daughter.”

“In loving memory of Darya, she is a true Russian girl,” Pushilin wrote.

Investigators are reported to be viewing the explosion as a targeted hit that may have been meant for Alexander Dugin, a philosopher widely believed to be the chief architect of Vladimir Putin’s ideology of a “Russian World” and the driving force behind his aggression against Ukraine.

Darya Dugina had been outspoken in her support of Russia’s war against Ukraine. As evidence began to pile up in April of Russian war crimes in the Kyiv suburb of Bucha, Dugina argued in an interview that the slaughter of civilians had been staged, bizarrely claiming that the U.S. had chosen the city because in English the name sounds like “butcher.” She was also sanctioned by the U.S. government in March in connection with her role in a Kremlin-run influence operation known as Project Lakhta.