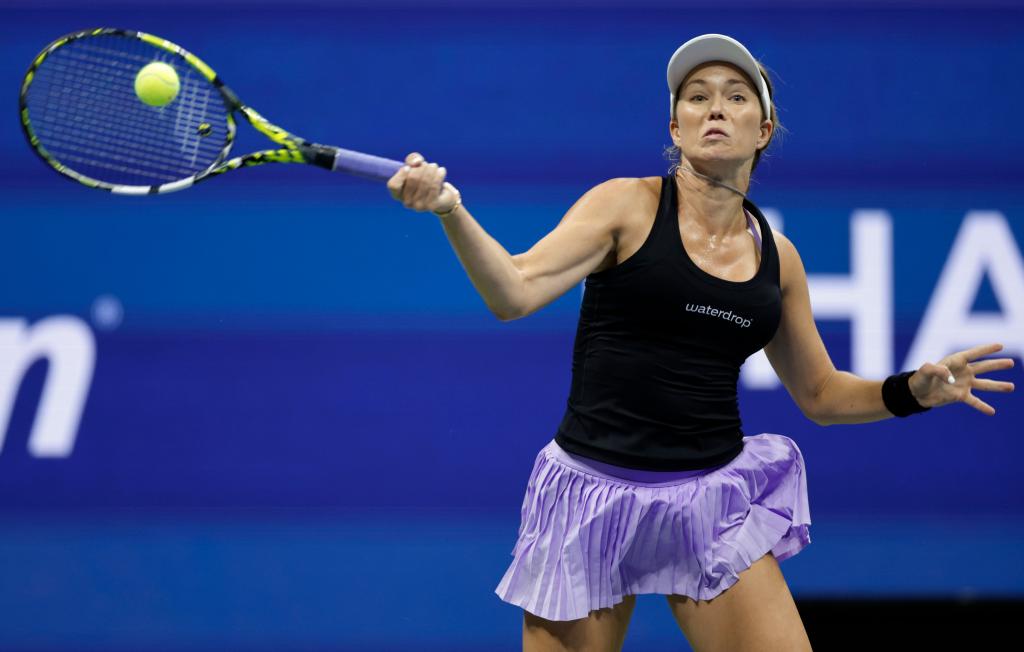 This 2022 U.S. Open will be remembered for Serena Williams, but Danielle Collins is embarking on what could be a memorable run.

The 19th-seeded American, who knocked off Naomi Osaka in the first round and Cristina Bucsa in the second, survived a wild second-set tiebreaker to hold off Alizé Cornet, 6-4, 7-6 (9), on Saturday night at Arthur Ashe Stadium.

Next up for Collins, who advanced to the finals of the Australian Open in January, will be sixth-seeded Aryna Sabalenka in the Round of 16.

Collins had been 0-3 against Osaka before beating her. Collins is 0-3 against Sabalenka. This could be her revenge tour.

“I’m not really a vengeful person,” she said with a smile. “I just kind of come out here and do my best.”

The late-night crowd was behind the Florida native, who fought for 20 points against the French Cornet in the tiebreaker. A brilliantly placed forehand winner gave Collins the 19th point, and the 20th belonged to her because of a backhand slam.

“The crowd’s been amazing. Playing the night matches here is so much fun,” Collins said. “I love being able to play under the lights. I love the crowds that come out for the night matches. We get so many more fans I feel like in the evening. The energy is just contagious.”

The 28-year-old Collins, who won despite 29 unforced errors because of 52 winners, has reached the Round of 16 for the first time at the Open. She had never made it past the second round until her third-round ouster last year and has never won a Grand Slam, but an era that may no longer include Williams could bring forth new champions.

Top-seeded Iga Swiatek has never lost in a Grand Slam match against a player ranked outside the top 100.

American and World No. 105 Lauren Davis could not change that fact.

Swiatek, who had defeated American Sloane Stephens in the second round, made quick work of Davis, too, in a 6-3, 6-4, straight-sets victory at Louis Armstrong Stadium.

The match was closer than it sounds. Davis was up 3-0 in the second set before the 21-year-old took control.

“It wasn’t as smooth as in the first and second round, but I’m really happy that I could close it in the second set,” said Swiatek, who will next face Germany’s Jule Niemeier.