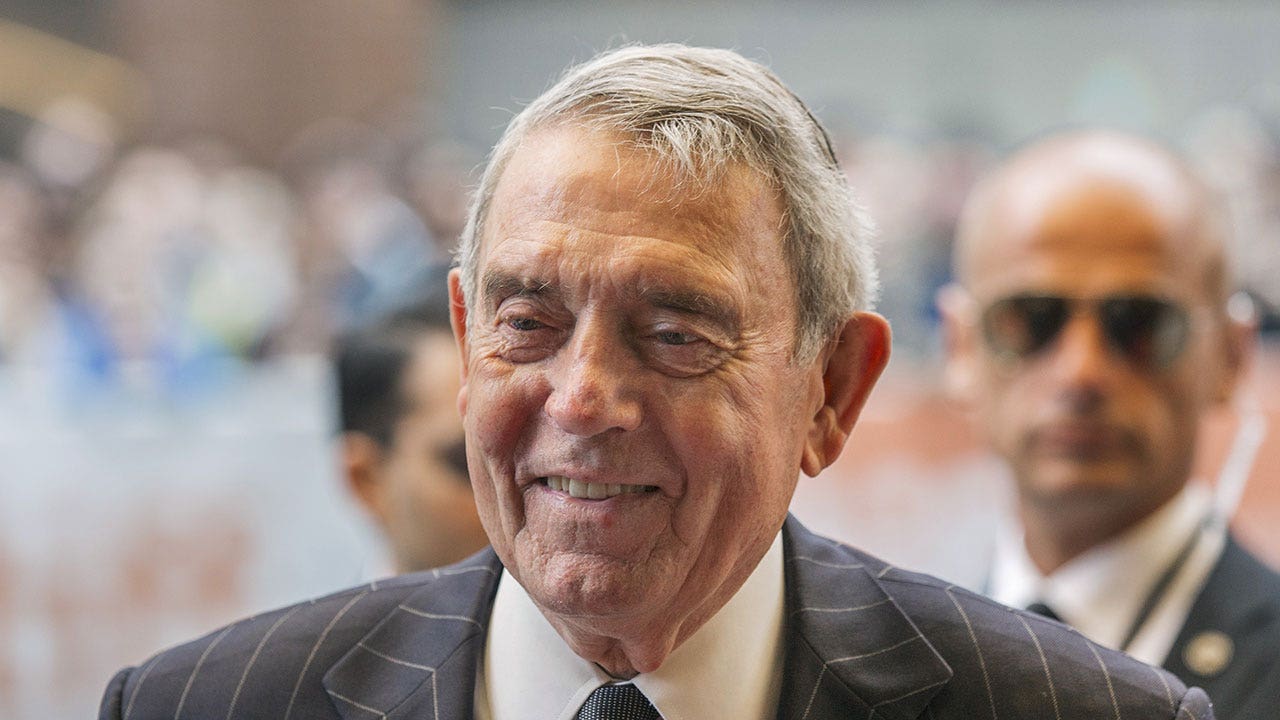 The newsman and liberal commentator tweeted that something is “going on” at the network on Friday and generated a wave of concern from liberals (and mockery from conservatives) that the network is abandoning the partisan political bent in its reporting.

Rather may have noticed, as did many other liberals on Twitter, the two CNN reporters who rebuked Biden’s political “MAGA Republican” speech for employing the U.S. Marines in its presentation.

For many liberals this was another concrete sign that CNN had begun its much talked about lurch away from partisan, left-wing politics that the network’s new boss has been seeking.

LIBERALS FUME AT CNN REPORTERS WHO MILDLY CRITICIZED MILITARY PRESENCE AT BIDEN SPEECH: ‘THIS IS EMBARRASSING’

Former CBS anchor Dan Rather tweeted out his confusion as to why CNN’s tone has shifted in recent days.
(Reuters )

Presumably noticing all of these developments, Rather tweeted Friday, “What is going on at CNN? It’s a serious question. There is a lot of speculation on directives and motives. What’s really going on? And is it being noticed by the audience?”

Users on both sides of the political aisle were quick to respond.

“It’s a long story but the new president is there to cut off the liberal heads. Not a coincidence that two ambitious on-air people tweeted the same GOP talking points about Biden and the Marines. This is the background on the new hatchet man – he tried the same stuff at MSNBC,” wrote liberal commentator and former MSNBC host Keith Olbermann.

Democratic political analyst for talk radio, Ameshia Cross, seemed frustrated at CNN’s slight step away from left-wing politics. She responded to Rather, saying, “CNN is dying a shameful death. They used to be a valid source. I grew up on the network. Today I’m ashamed of what they’ve become. And this weird pivot Right attacking Biden’s speech is the nail in their coffin. With few exceptions they sound Fox lite w/o the Fox viewership.”

BRIAN STELTER DROPPED BY CNN: WHY THE ‘RELIABLE SOURCES’ HOST WAS SHOWN THE DOOR

Rather’s tweet was met with all sorts of responses that CNN is going “full MAGA.”
(Reuters)

Conservative writer Carmine Sabia claimed that Rather is just annoyed that CNN will be opting for fairer reporting in the future. He slammed Rather, tweeting, “Dan Rather, as a journalist, which you used to pretend to be, you are supposed to call balls and strikes, not pick a team. You have. John Hardwood did and that is why CNN fired him and why the tantrum of Fox Lite is trending. When unfairness is your game, fairness appears unfair.”

“CNN is gone full MAGA because a Trumper took control of it,” tweeted lawyer and Democratic political influencer Pam Keith.

Yale professor Howard Forman responded to Rather, tweeting, “It IS noticed by this member of the audience. CNN could soon become a parody of whataboutism and bothsidesism.”

CEO Chris Licht wants to “tamp down spectacle” at CNN, according to a source close to him.
(Photo by Kevin Mazur/Getty Images for Warner Bros. Discovery)

Former Democratic candidate for Pennsylvania auditor general Christina Hartman asked, “Any students of Russia, Rwanda, Serbia, etc around? When all the media says the same vitriolic bulls—, it’s only a matter of time… Fox was the kindling. CNN will be the fire. Not great, folks. Not great.”