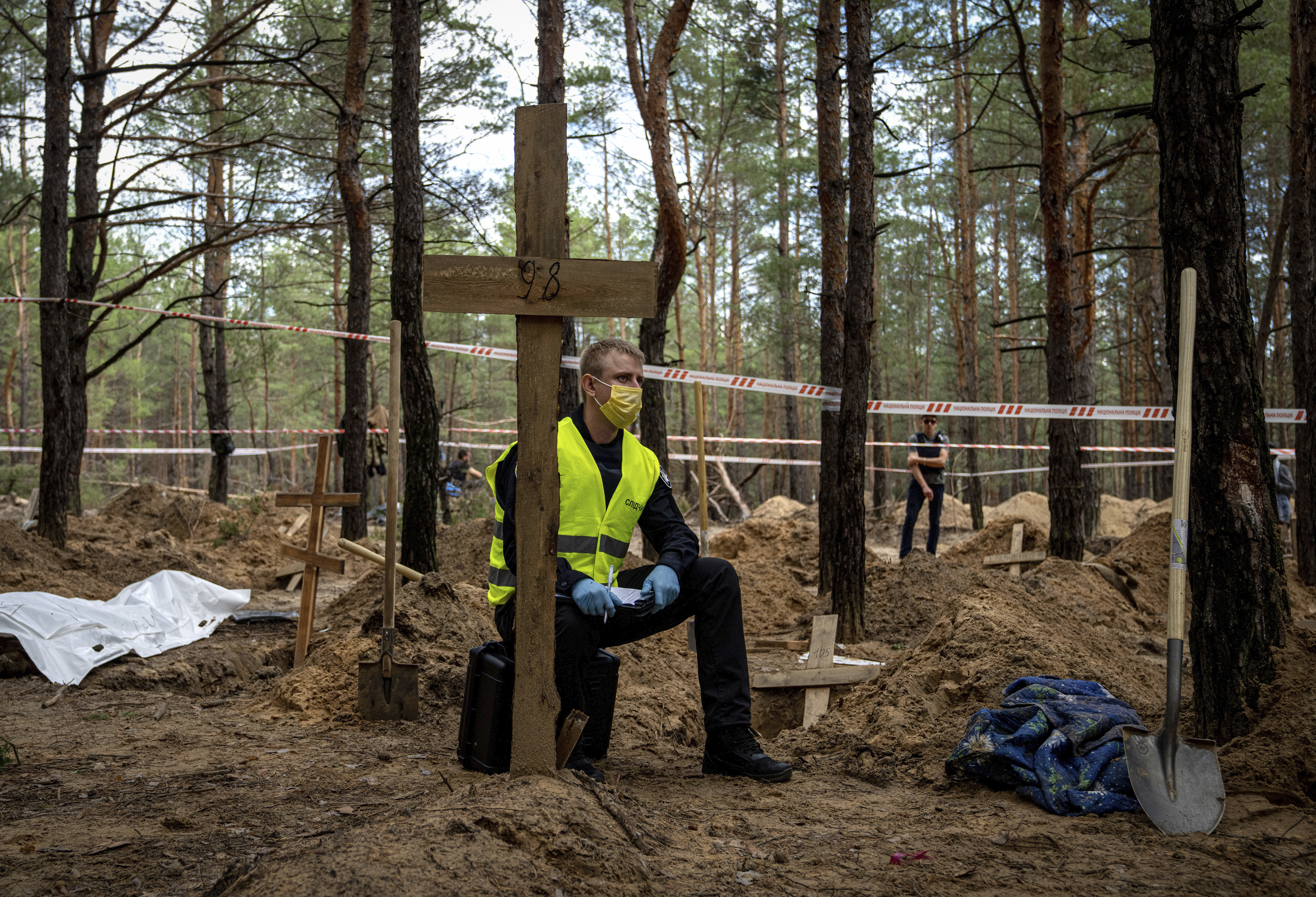 The foreign minister of the Czech Republic, current holder of the presidency of the Council of the EU, called for a “special international tribunal” after evidence of torture on civilians emerged from a mass burial site in Izyum in northeastern Ukraine.

“Russia left behind mass graves of hundreds of shot and tortured people in the Izyum area. In the 21st century, such attacks against the civilian population are unthinkable and abhorrent,” Foreign Minister Jan Lipavský wrote in a Twitter thread on Saturday. “We stand for the punishment of all war criminals. I call for the speedy establishment of a special international tribunal that will prosecute the crime of aggression,” he said.

Izyum was one of Moscow’s main strongholds in the area until September 10, when a successful Ukrainian counteroffensive aimed at recapturing the Kharkiv region drove Russian troops out of the city. Following the discovery of a mass grave in a nearby wood containing the remains of over 440 people — mostly thought to be civilians — Ukrainian forces started exhuming the bodies on Friday.

According to Ukrainian officials, some of the bodies recovered so far show signs of torture. The chief of the prosecutor’s office for the Kharkiv region told the Reuters news agency that one body had apparently been bound with ropes around the neck and hands, and that other bodies displayed signs of violence.

Ukrainian President Volodymyr Zelenskyy has charged that Russia had “repeated in Izyum what it did in Bucha,” in a reference to the city in the Kyiv region where more than 450 Ukrainian civilians were found dead after several weeks of Russian occupation. Ukraine filed a case of war crimes against Moscow over the killings in Bucha.

“Exhumation work continued today in Izium,”Zelenskyy said late Saturday in a Telegram post. “New evidence of the torture used against the people buried there has been found,” he said.

“More than ten torture chambers have already been found in the liberated areas of Kharkiv region — in various cities and towns,” Zelenskyy added. “Torture was a widespread practice in the occupied territory. That’s what the Nazis did.”

He said earlier that U.N. employees will soon be visiting Izyum and will report on what happened in the city. U.S. broadcaster CNN reported on Saturday, citing people at the U.N., that personnel from the U.N.’s human-rights monitoring unit, OCHR, were preparing to travel to the region.