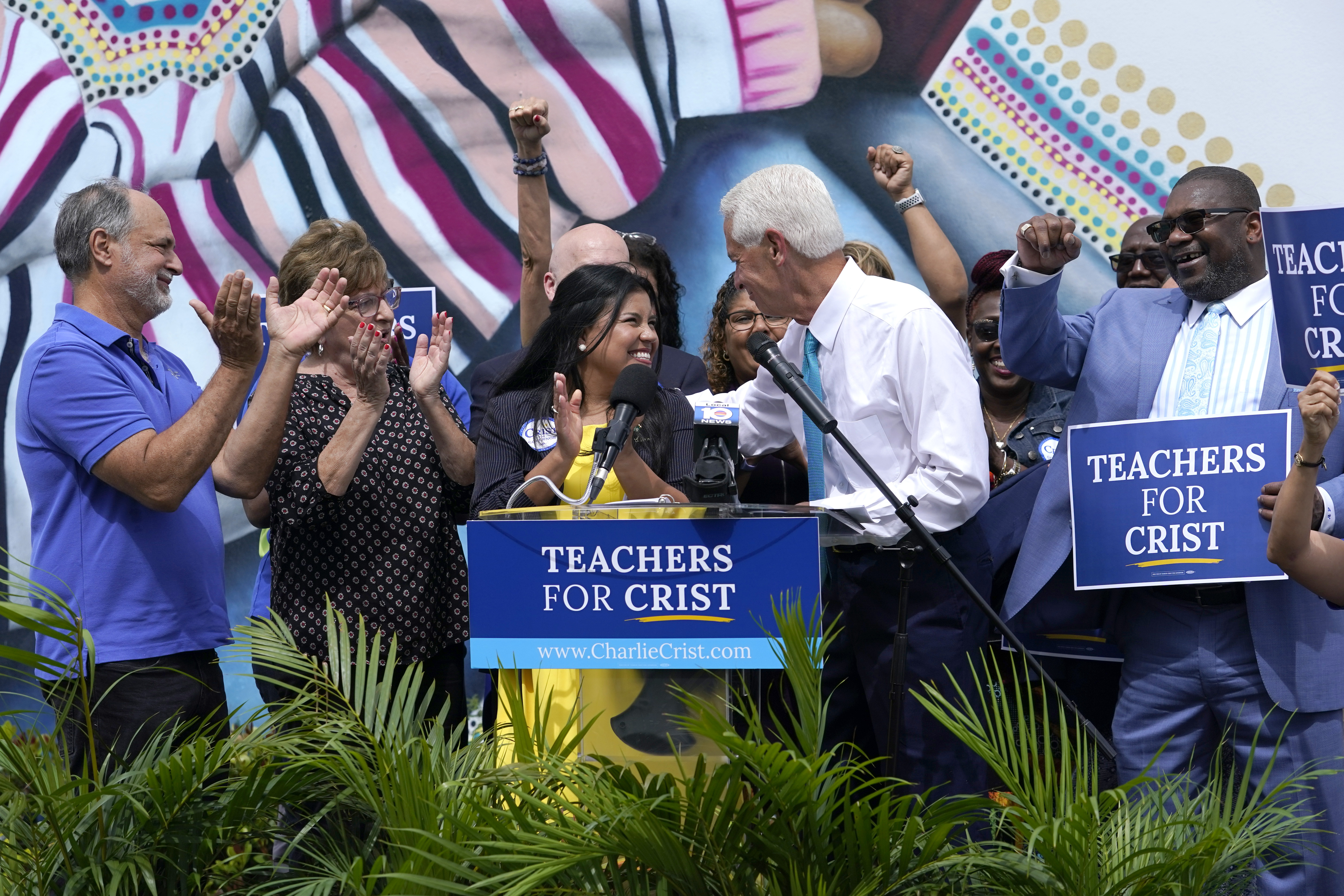 “Love it!” said state Sen. Shev Jones (D-Miami) in a text. “I think it’s a thoughtful and bright move. Karla has ALWAYS had her ear to the ground for people, and she’s a natural galvanizer. Great pick!”

Since 2016, Hernández-Mats has served as president of the United Teachers of Dade, which touts itself as the largest teachers union in the southeast. She is also on the governance board of the Florida Education Association, which is the state’s largest teacher’s union.

FEA support of Crist played a pivotal role in the primary. The organization not only endorsed him, but pushed for the rest of the state’s labor organization to follow suit with a primary endorsement, even as some did not want to endorse before the general election. It led to a contested fight during the AFL-CIO’s summer convention in Orlando, which Crist ultimately won.

“We’re thrilled by Charlie Crist’s choice for his running mate. Karla Hernández-Mats will be a great lieutenant governor of and for all the people of Florida,” Florida Education Association President Andrew Spar said. “She’s a mom with two kids in our public schools, a teacher focused on students with special needs, and cares deeply about children, families and communities.”

Crist’s pick ensures education will remain at the forefront of the race, especially since schools have been the main focus of DeSantis’ policy and political agenda. Democrats have been hyper-critical of DeSantis as he has worked to remake Florida’s education system, including championing legislation banning the instruction of gender identity and sexual orientation in classrooms up to third grade, putting intense scrutiny on the approval of classroom textbooks and hammering critical race theory, an academic philosophy that focuses on systemic racism. DeSantis opposes its teaching in state K-12 schools, even though it is not, and his administration has paid $700,000 to a firm that as part of its business model teaches governments how to incorporate CRT.

In addition to his focus on education as governor, DeSantis is the first governor in state history to get heavily involved in local school board races, which are nonpartisan by law. At least 20 of 30 DeSantis-backed school board candidates won their Tuesday night contests.

Education issues have energized Republican voters, so the party is eager to highlight them in the governor’s race.

“Charlie Crist’s lieutenant governor pick is as tone deaf as the Democratic message here in Florida,” said Evan Power, an official with the Republican Party of Florida. “Somehow, he thinks picking a union boss who once compared parents to armed monsters will help him with the voters of Florida.”