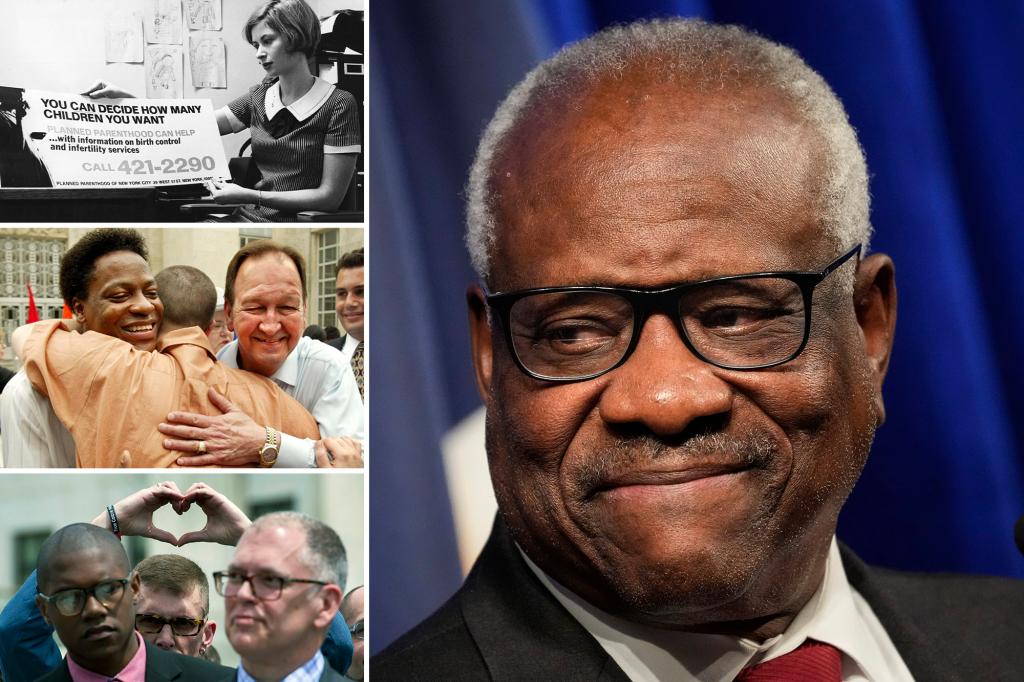 The conservative judge wrote that the court should “reconsider” other cases that fall under the court’s previous “due process” precedents, which include rulings that establish LGBTQ and contraceptive rights.

“In future cases, we should reconsider all of this Court’s substantive due process precedents, including Griswold, Lawrence, and Obergefell,” he wrote.

Substantive due process refers to the notion that people have fundamental rights that aren’t specifically established in the constitution.

The same legal argument was also used in Roe v. Wade and its sister case, Planned Parenthood v. Casey, which in 1992 upheld the right to abortion.

In the opinion Friday, Thomas acknowledged that the Dobbs v. Jackson Women’s Health Organization decision does not directly affect any rights aside from federal abortion access.

But he urged the court to apply the same “Due Process Clause” logic to other substantive landmark cases.

“Because any substantive due process decision is ‘demonstrably erroneous,’ we have a duty to ‘correct the error’ established in those precedents,” he wrote.

In his opinion, Alito stressed that the ruling not be used to roll back any other constitutional right besides abortion.

Justice Brett Kavanaugh added,” Nothing in this opinion should be understood to cast doubt on precedents that do not concern abortion.”