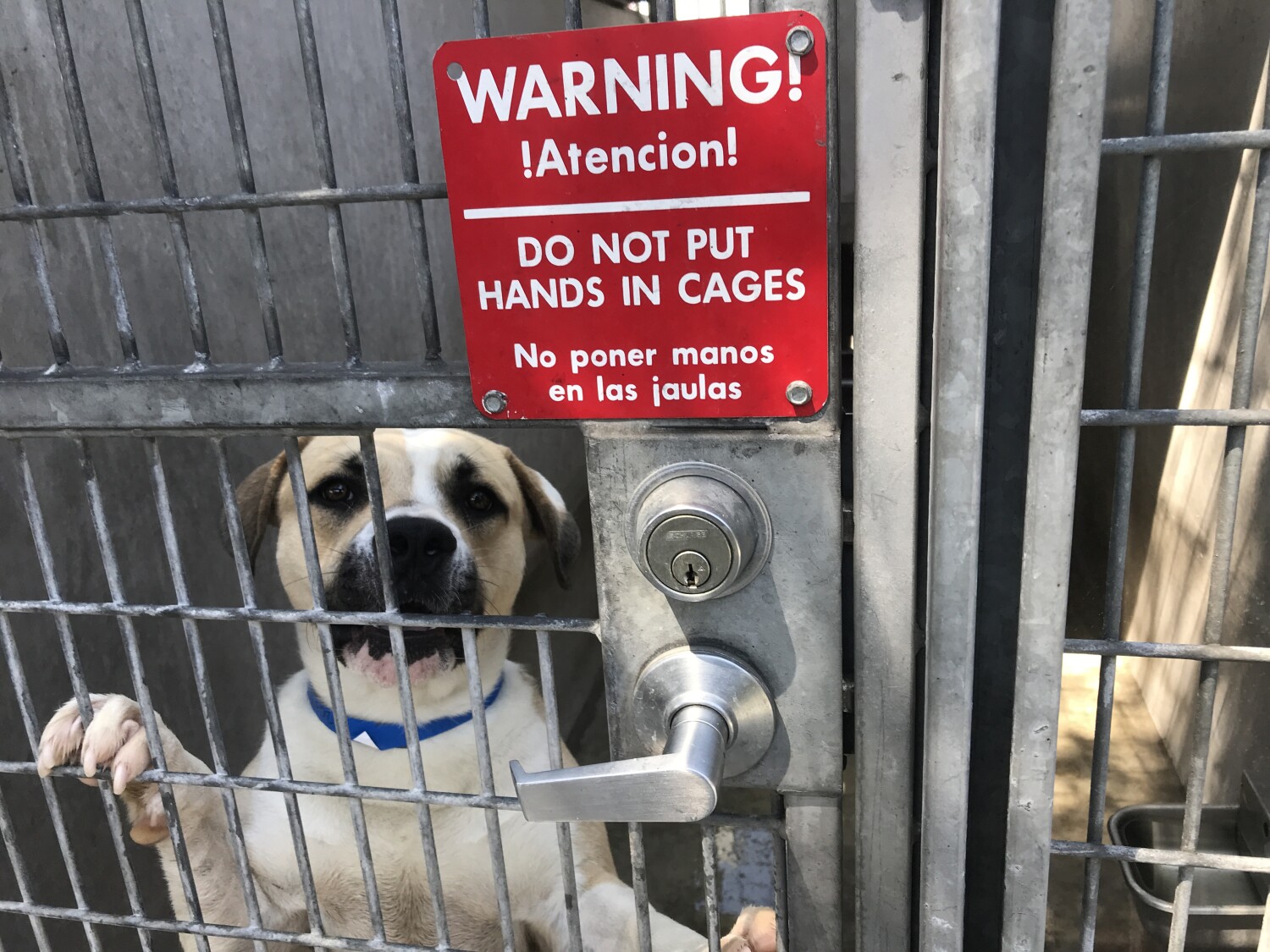 The Times reported last month that some shelter dogs aren’t walked for weeks or months at a time and that staff and volunteers say the department doesn’t have enough resources to adequately care for the animals.

Koretz, who chairs the city committee that oversees animal welfare and is running for controller in the Nov. 8 election, introduced a motion Tuesday that asks for funding proposals.

“Feeding the animals, cleaning the kennels and cages, providing exercise, enrichment, and veterinary care, and optimally showcasing animals for adoption opportunities, has not been achieved to the degree desired by management, staff and the public,” the motion stated.

Koretz also held the second of two emergency meetings on Tuesday to discuss conditions at animal shelters. Callers made suggestions such as hiring a third party to walk dogs and creating an advisory committee for volunteers, upon whom the city relies to help exercise animals and handle adoptions.

“Where are the tangible improvements?” asked one caller, pointing out that city leaders have known for weeks about dogs not being regularly walked.

Members of the public also called for volunteers who have recently been suspended or terminated to be reinstated, following reports that some have been disciplined after talking to the media.

Cathy Serksnas, a former volunteer, called in to Tuesday’s meeting to question city leaders’ claims of understaffing at the Animal Services department. On the contrary, she said, policies around overtime and COVID-19 have allowed employees to take time off.

For instance, city protocol allows employees to quarantine for 10 days if they are exposed to someone with COVID-19. The policy states that employees are not required to be tested during the quarantine period. Those guidelines are different from those issued by the Los Angeles County Department of Public Health, which doesn’t recommend isolating if a person has no symptoms after coming into close contact with someone who has COVID-19.

Garcetti spokesman Harrison Wollman said the city “will be reviewing its sick-leave policy in the coming weeks to ensure it is aligned with the latest health recommendations and guidelines.”

Wollman also said that the mayor’s office is “currently considering candidates” for the position of general manager of Animal Services. Annette Ramirez, the interim general manager, has been leading the department following the departure of Dana Brown, who left for another position with the city.

“Mayor Garcetti has full trust in interim General Manager Annette Ramirez and is immensely grateful for her leadership, commitment and expertise in this challenging time,” Wollman said.

Wollman said Garcetti has “directed his office to increase staffing levels as quickly as possible.”

“The mayor’s office is also working with the department to overhaul its activity tracking process, which will help the animals receive more attention and physical activity, and is ramping up mobile pet adoptions in the coming weeks,” he added.

At Tuesday’s meeting, Koretz suggested that he wasn’t in the position to bring about quick fixes for the city’s animal shelters.

“If I were mayor, I could more easily snap my fingers and solve these problems,” he said.