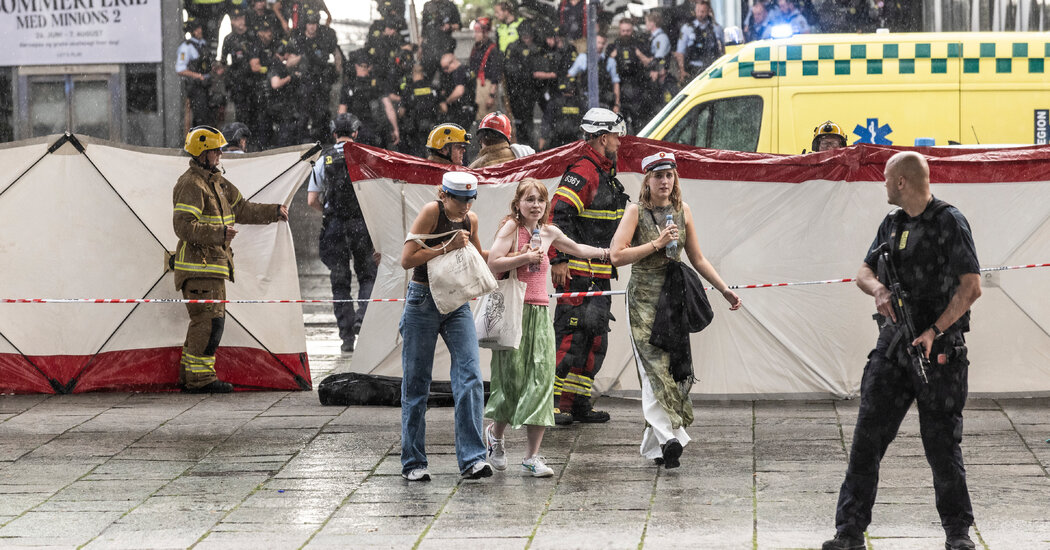 COPENHAGEN — The man accused of fatally shooting three people at a mall in Copenhagen this weekend most likely did not have a terrorist motive and was known to the mental health services in Denmark, the authorities said on Monday.

“Our assessment is that these are random victims,” Soren Thomassen, chief inspector of the Copenhagen police, said a day after the shootings shocked a country where such attacks were rare.

The suspect, who was identified as a 22-year-old Danish man but has not been publicly named, did not have permission to use the weapons used in the attack, Inspector Thomassen said. The suspect is expected to appear in court for a preliminary hearing, and will be formally charged with manslaughter, the police said.

“I will wait to comment on the motive, revenge or otherwise,” said Inspector Thomassen, who also noted, “There is no indication that the suspect has worked with others.”

The shooting took place at Field’s shopping center, a large complex that is not from the center of Copenhagen, the Danish capital, and is home to more than 140 shops that include Danish and international fashion brands.

As the attack unfolded, people raced to leave the mall, while other tried to seek shelter inside a Kentucky Fried Chicken restaurant at the mall, according to witness accounts and video and images posted on social media. Mall staff members were reported to have barricaded the doors and remained there for about 45 minutes.

Gun violence in Denmark is very rare, at least compared with such episodes in the United States. The European country has a little more than one gun death per 100,000 people annually, according to a repository of gun violence data kept by the University of Sydney.