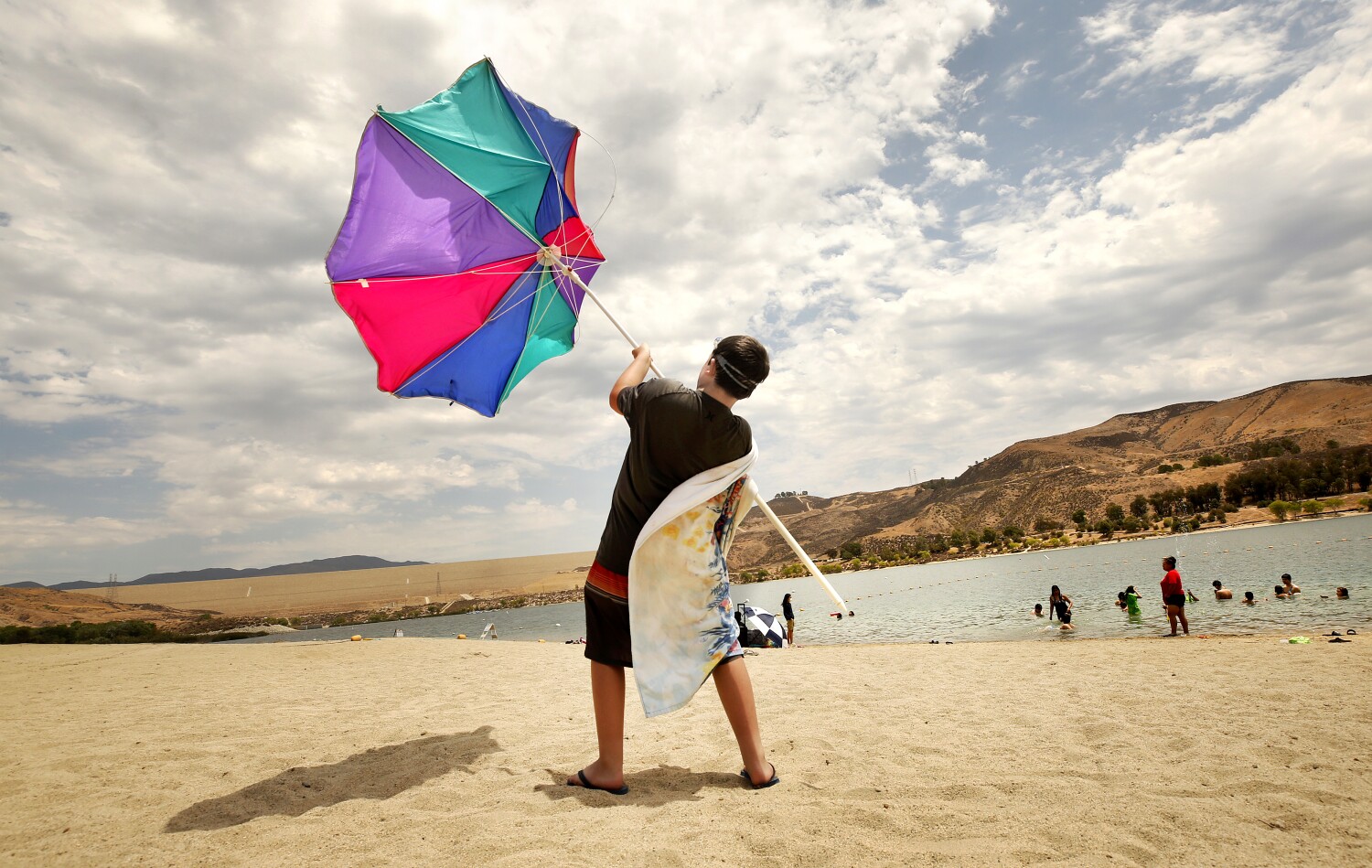 A heat wave across inland Southern California will give way to cooler weather Sunday, but the respite will be brief, as temperatures are forecast to rise again midweek.

Temperatures topped 90 degrees Saturday in much of the region’s valleys and deserts, with Lancaster in the Antelope Valley recording L.A. County’s highest temperature, 103 degrees. Those temperatures were about 10 degrees hotter than what’s normal at this time of year, due to a high-pressure system keeping cooler air away, said David Gomberg, meterologist with the National Weather System in Oxnard.

The system will weaken and shift eastward, which will bring more moderate weather through Monday. But the heat wave will begin to rebound Tuesday and will peak midweek, Gomberg said, as Southern California moves into its sweltering summer.

“This is just the beginning,” he said. “As we get into June, the extremes will become more accentuated.”

Heat warnings and advisories were in place until 8 p.m. for the Santa Monica Mountains and Antelope, San Fernando, Santa Clarita and San Gabriel valleys.

Gomberg warned that next week’s heat wave could be more extreme and advised people to drink plenty of water, seek air-conditioned shelter, check on relatives and friends and never leave pets or children unattended in cars. He also said to avoid strenuous outdoor activities during the hottest parts of the day.

An elevated threat of wildfires in the high desert and mountain areas, triggered by hot, dry conditions and gusty winds, is expected to continue and expand to valley areas next Tuesday, Gomberg said.