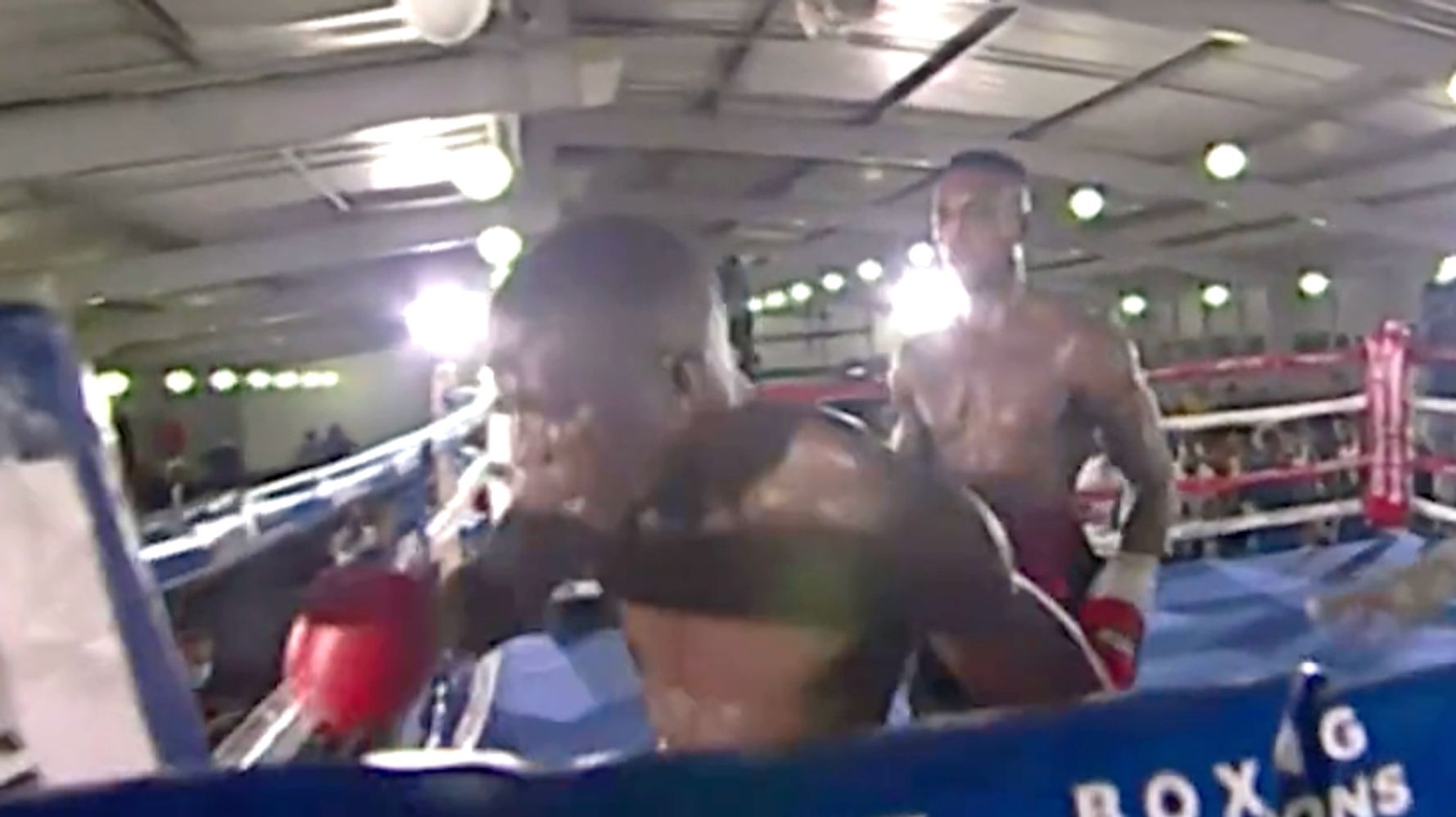 Boxer Simiso Buthelezi remained in an induced coma after he got disoriented during a WBF All Africa Lightweight title bout in Durban, South Africa, last weekend, SABC Sport reported Wednesday.

Buthelezi had reportedly been the aggressor for much of the fight. He pressured his opponent, Siphesihle Mntungwa, through the ropes with just seconds left in their 10-rounder, the SABC TV footage showed. (Watch it below.)

But when the referee intervened, Buthelezi became confused and began punching at air, in the opposite direction of his adversary.

The referee stopped the fight and awarded the victory to Mntungwa.

Doctors indicated that a “bleed on his brain” was behind Buthelezi’s confusion, although the fighter was “untouched” for most of the bout, ESPN reported.

“Another suspicion is that he may have suffered an injury before Sunday’s fight,” Dr. Buyi Mabaso-Dlamini said, per ESPN.

The doctor told The Sowetan on Tuesday that Buthelezi, a recent university graduate who studied zoology and botany, was “not in a good health condition at all; he is critical but stable.”