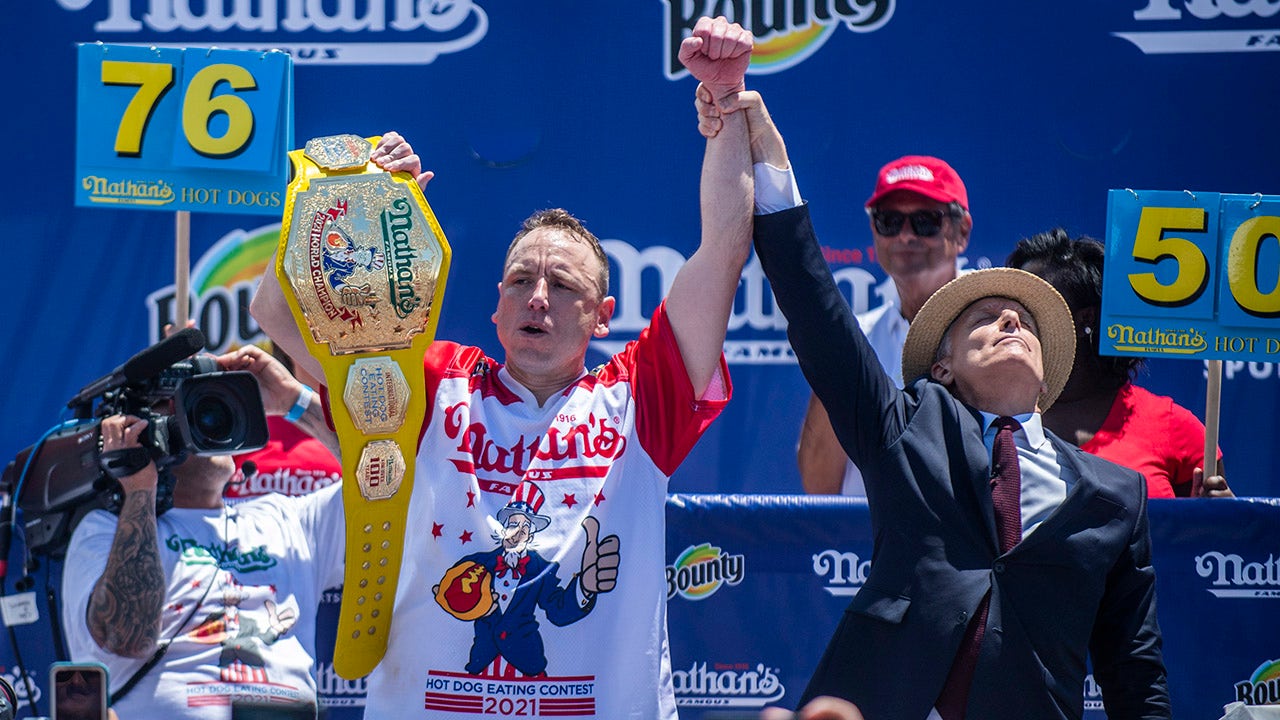 The world’s greatest eater will limp bravely into battle in the sport’s premiere event on Monday, July 4th.

Joey Chestnut shocked the competitive-eating community on Friday when he hobbled into Hudson Yards in New York City on crutches during the official weigh-in before the 2022 Nathan’s Famous Hot Dog Eating Contest — a 4th of July tradition on Coney Island.

“I’m gonna eat like a madman,” the world’s top-ranked eater told Fox News Digital before weighing in at 235 pounds.

“It’s a ruptured tendon,” he explained of his injury.

The 14-time Nathan’s Famous champion sported a black cast below his right knee and walked with crutches under each arm.

“I’m not eating with my leg,” Chestnut told fans.

Chestnut, 38, of Indiana, broke his own world record last year by consuming an incredible 76 hot dogs and buns in just 10 minutes at the 2021 Nathan’s Famous Hot Dog Eating Contest.

“I’m not eating with my leg,” Chestnut told fans.

He declined to specify the cause of his leg injury, saying only that “life happened.”

“When the barren hills and the cracked earth and the once-proud oceans drain to sand, there will still be a monument to our existence,” emcee and Nathan’s Famous Hot Dog Eating Contest host George Shea said of the reigning champ.

“This man represents all that is eternal in the human spirit.”

The women’s division offers a highly anticipated grudge match of the gullet between 2021 champion Michelle Lesco and the dynastic Miki Sudo, who won seven straight titles from 2014 to 2021.

Lesco missed the scaled-back 2020 competition — held indoors that year without spectators — because of pandemic travel restrictions.

Sudo, the world’s top-ranked female eater, could not compete last year because she was pregnant with Max, whose father is the no. 3-ranked men’s competitor Nick Wehry.

“It’s been a while since I’ve eaten hot dogs before a Coney Island crowd.”

The Independence Day competition returns on Monday to its traditional location at the corner of Surf and Stillwell Avenues for the first time since 2019.