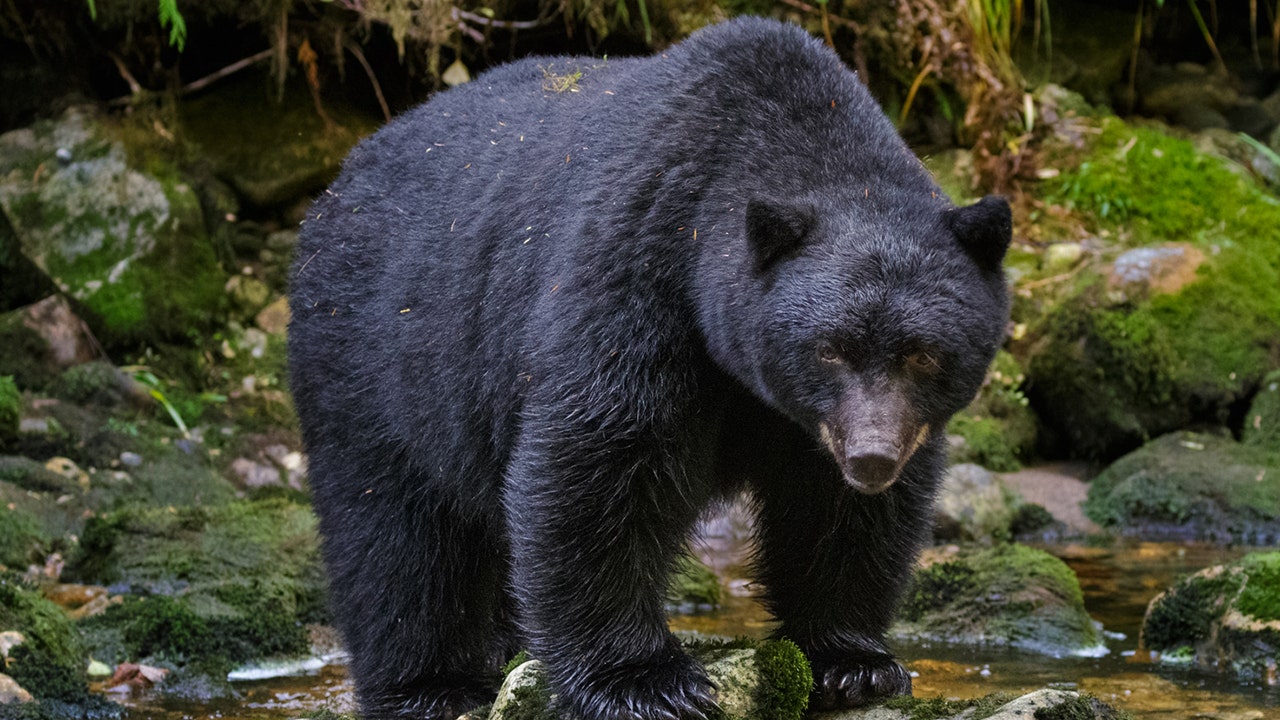 Last weekend, Colorado homeowner Ken Mauldin got a huge shock — one that quickly had him jumping into action to protect his family.

The Steamboat Springs, Colorado, homeowner awakened to hear his wife screaming, “There’s a bear in the house!” as the Associated Press reported.

The couple’s three children were sleeping just one floor down in the couple’s split-level home.

Mauldin’s wife, Kelly, was first awakened before dawn by the family’s barking dogs, the AP noted.

“She walked to the door of the couple’s bedroom and found herself staring at a male black bear weighing about 400 pounds — about 10 feet away in the dining room,” said the outlet.

Mauldin grabbed his 40-caliber pistol, “took his wife’s place at the door” and shot once, aiming for the center of the bear’s body.

“We are in a situation now where we have town bears that have lost all of their natural fear of humans,” Colorado homeowner Ken Mauldin said. A black bear is shown in this image.
(iStock)

Mauldin thinks his first shot did hit the bear, he told the AP, but the bear then charged him — and Mauldin continued firing.

The bear got as close as five feet from Mauldin — then turned toward the stairs leading to the home’s front door.

The bear “crashed through a banister” as Mauldin emptied the gun, and “slid down the stairs, mortally wounded,” the AP reported.

“My only thought was protecting my family and putting that bear down,” Mauldin said.

The bear lay on the floor of the lower level of the home “breathing and heaving” between Mauldin and the three children.

None of the family members were injured.

A black bear in the wilderness.
(iStock)

Police and state wildlife officers arrived a short time later and determined that the bear was dead, they noted.

The officers were impressed by its size, Justin Pollock, a Colorado Parks and Wildlife officer for 21-years, told the AP.

“I deal with bears a lot and I’d say this was a big bear,” Pollock told the outlet.

“Bears are very smart. Once they learn that it’s easy to access food in a certain area, they are going to keep doing it,” said a Colorado Parks and Wildlife spokesperson.

Colorado law allows people to shoot bears if they feel threatened, Rachel Gonzales, a spokesperson for Colorado Parks and Wildlife, told the AP.

WISCONSIN COUPLE STABS, FATALLY SHOOTS BLACK BEAR THAT ATTACKED THEM IN THEIR HOME

“Once they learn that it’s easy to access food in a certain area, they are going to keep doing it.”

A commenter recently posted on the Colorado Parks and Wildlife Facebook page, “Had one [bear] make a visit last night. And the night before, along with every night this past week. They’re out more this year than the last [three years].”

Black bears are some of the most dangerous animals in North America. Mother bears are often violently defensive of their cubs when they perceive danger. “My only thought was protecting my family and putting that bear down,” Mauldin of Colorado told the Associated Press.

“We are in a situation now where we have town bears that have lost all of their natural fear of humans,” said Mauldin of Steamboat Springs.

“In my mind that’s what we have to address.”

A little bear knowledge may help someone who suddenly encounters the wild animal.

Bears can be as small as four feet long and weigh about 60 pounds (the sun bear).

They can also be as big as eight feet long and weigh more than 1,000 pounds (the polar bear), according to National Geographic.

“Bears have excellent sense of smell,” the publication notes.

“They’re typically solitary, except for mothers with cubs.”

Black bears and grizzly bears can go for 100 days or so without eating or drinking, National Geographic also pointed out.

A black bear sitting on a grassy hill. “If you’re a hiker, be more careful about various kind of scents and things that you would have on you.”
(iStock)

They live off the fat that they build up during the summer and fall.

“Bears have a better sense of smell than dogs and love humans’ food,” the site reports, saying the “main strategy” to avoid run-ins is to “minimize any scents or attractants on your body, campsite or property.”

“If you’re a hiker, be more careful about various kind of scents and things that you would have on you,” such as food, deodorant and even chewing gum, Dave Garshelis, bear project leader at the Minnesota Department of Natural Resources, told the outlet.

For his part, Colorado homeowner Mauldin told the AP he hopes the bear break-in at his home sparks greater awareness among others to prompt “something good from something so terrible that happened.”

The Associated Press contributed reporting to this article.